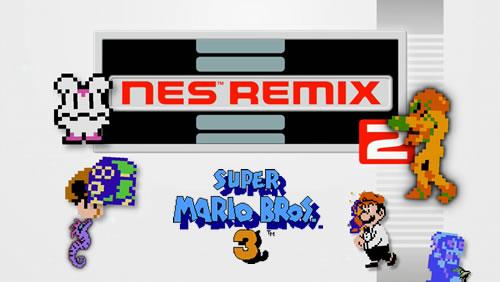 There are sixteen Super Mario Bros. 3 challenges in NES Remix 2 for Wii U. Each challenge is broken down into little stages; they start out really easy as you'd expect but they do get more difficult as it goes along... anyone can beat these challenges, however I don't believe 'anyone' can easily achieve rainbow stars in every challenge without at least a few attempts.

Trivia: Did you know in NES Remix 2 you get ten bits for every post you make?

Heres a little guide to go with our video of what you are going to encounter, I've included what my best times were on there... I'm not the best but I should be a good guide of what an average player should be getting. Some people on Miiverse smashed me on a few of them.. 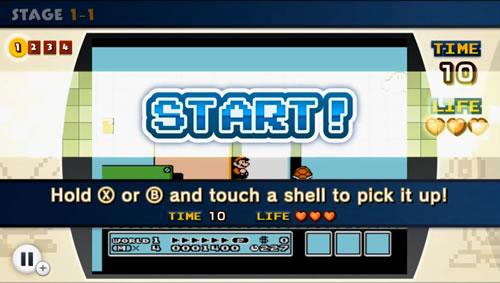 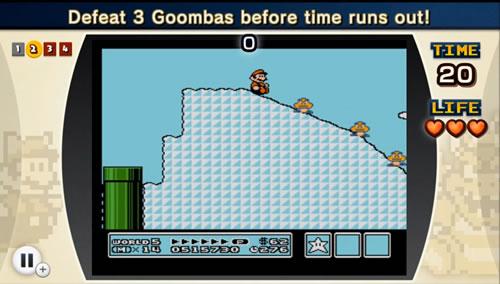 Challenge 2 - This ones a brutal Goomba killing spree. 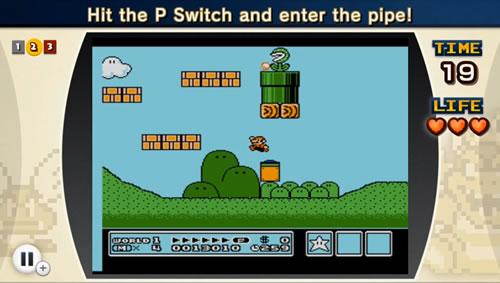 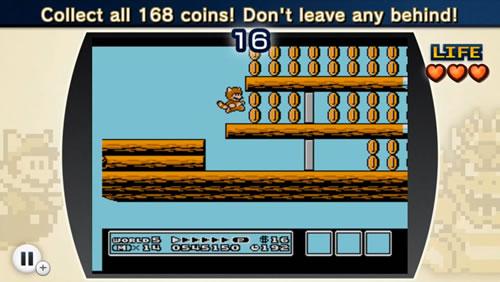 You are on the Doom Ship, its moving, much like it always did... there are 168 coins to collect, its hard to explain how to put into words what you need to do here so you are best off checking out the video. To get the best time on this make sure you are pushing as far right as you can and jumping at the last bit...

I've redone this about 10 times and got exactly the same time, but someone on Miiverse has beaten me by 0.01 Seconds and I just can't match it. Upsetting. 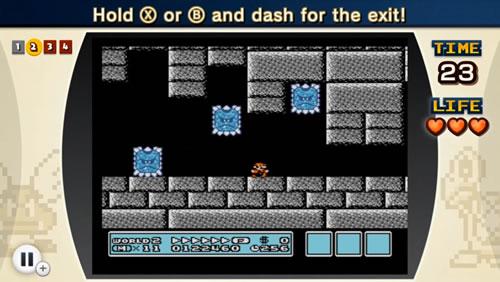 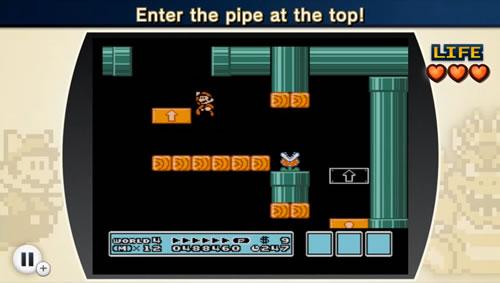 Challenge 7 - Reach the top pipe as quickly as possible

Some people on Miiverse had like 2 and a half minute times on this, then there was one guy who had 23 seconds, I can only imagine that he jumped off the blocks extremely quick and or jumped straight through one of the Piranha's?? Respect to him all the same. 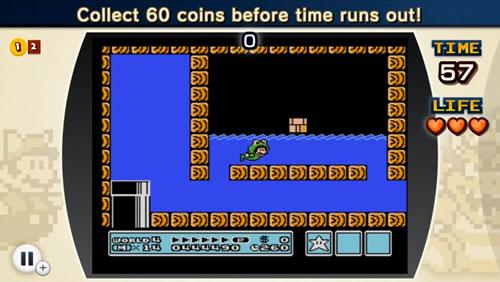 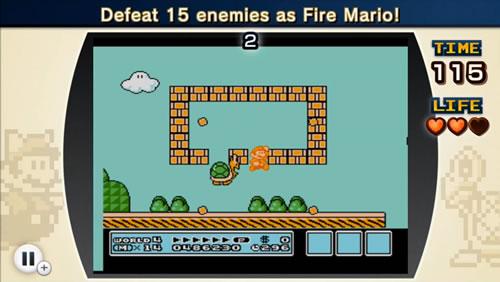 Defeat 15 enemies as Fire Mario, the Giant Koopa Troopa in the square of blocks at the start is key to your success here! 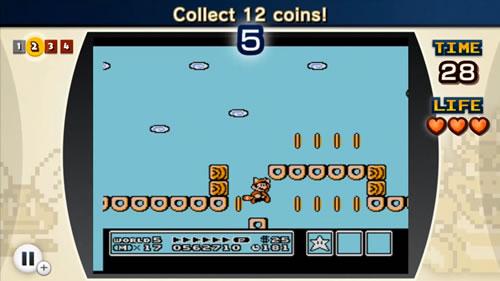 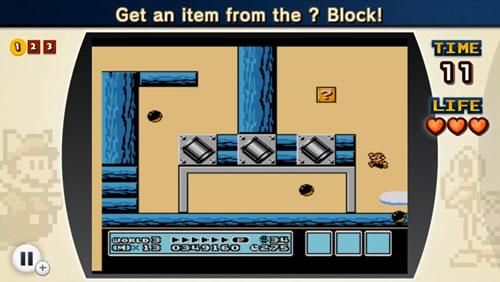 Challenge 11 - The Blue Doomship of Despair 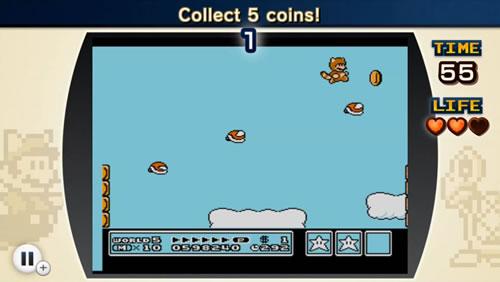 In your Tanooki suit use your flying foes as platforms to grab five coins. It's best you watch the video for this one.

Grab the star and start running, ignore the first question block you come to after that and grab the star from the second one, it doesn't hurt to get hit once and become small Mario so you can get under the low pipe easier later on. Grab the next star from the question block with the normal blocks to the side of it and make a final run for the pipe.

This can be done quicker than my run if you have the reflexes/time to repeatedly do it so that none of the pipes slow you down and you can jump straight through them. Someone did it in 16 seconds on Miiverse! 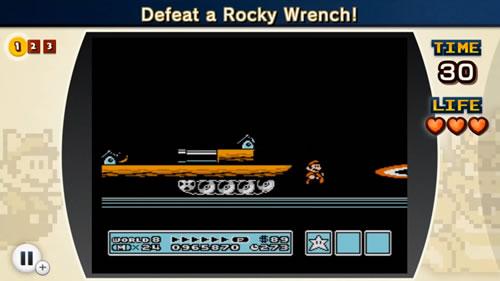 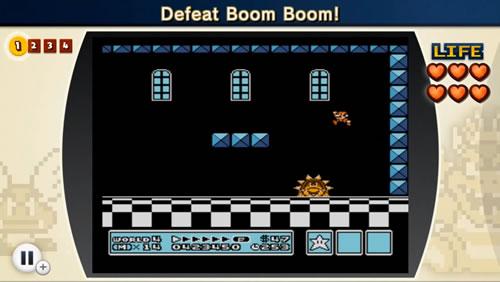 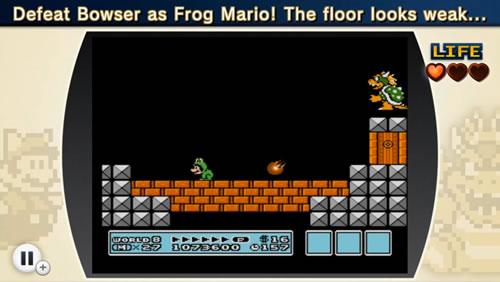 The final challenge is you vs. Bowser, one on one! apparently the floor is a little weak... unlucky for someone I'm sure! I found the easiest way to defeat Bowser was to make him jump on the furthest bricks to the left (the ones that have no grey stone blocks under them).

Avoid his fireballs and bait him into jumping into this area twice, the second time he'll fall through the floor to his doom.

And there you have it, the sixteen challenges in NES Remix 2 that are based on the NES classic Super Mario Bros 3.

Personally the challenge I found hardest here was Challenge 14 - The Convoy Melee, I don't know if its because I'd already been playing a while by the time I got to this one... or just the fact that theres so many things trying to kill you at once that made it more difficult! I also found the last part of the Goomba Boot challenge quite hard to get the rainbow stars, you really have to bounce off some enemies!

Anyway, I hope this little guide helped you guys... let me know which of the SMB3 challenges you found hardest and why? Maybe you should check out our guide to the Super Mario Bros. 2 challenges in NES Remix 2 if you got some time on your hands!