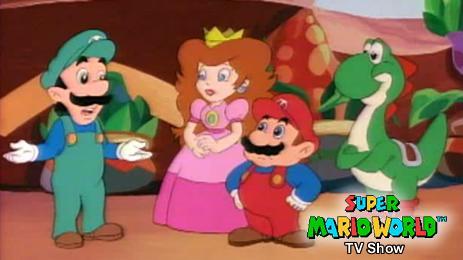 The Super Mario World cartoon is an animated series that was roughly based on the characters from the Nintendo Game Series. It was the final cartoon based on the series to be aired on regular television on the normal Saturday block. Thirteen episodes were created and aired, where it shared a time slot with “Captain N: The Game Master” throughout the season. It was considered to be the successor of “The Adventures of Super Mario Bros. 3, which was more closely related to the games than the Super Mario World cartoon, featuring several of the in-game power-ups and transformations.

The series is based on the adventures of Mario, Luigi, Princess Toadstool, and Yoshi, who have all settled in to live in the Dinosaur Land, though it is sometimes referred to as Dinosaur World. The interpretation of Yoshi is that he is more innocent and childlike, having many unusual fears and a monstrous appetite for anything edible. It is not long before it becomes apparent that King Koopa, also known as Bowser, and his minions, the Koopalings, have followed the gang to Dinosaur Land.

Sharing the Dinosaur Land with the main cast members are many cave people, one of whom is named Oogtar. He is young and pre-adolescent, taking the place of Toad for the series. There are many occasions where Mario attempts to help the cave people live a better life by introducing them to contemporary inventions, only to find that the Koopas have managed to turn it into a nefarious attempt to harm the instead. One of the plot points that was not completed explained was the location of the Dinosaur Land, which had two conflicting origins brought up throughout the story. One came from King Koopa, who makes a reference to the fact that television has not yet been invented which seems to imply that they are living in the past. Another came from an off-hand comment made by Luigi, who mentions that the group simply came to the island without any mention of their means of travel.

In 1991-1992, when the show was first aired, it was presented on Saturday mornings on the NBC channel; the final year that they had a morning cartoon airing. Typically, the show was lumped into a half-hour time slot with “Captain N”, which was shortened to fit the schedule. This block became known simply as “Captain N & The New Super Mario World”, and was usually syndicated with some variation on the title. Eventually the series was split back into its respective shows, with “Super Mario World” later being featured on the USA Network and the Family Channel. The exception to this was in the UK, where it was still shown as a combination show.

This Mario television program is different than the other two that were aired before for a few reasons. First, this show did not have widespread distribution on VHS as the others had, and second, it was the shortest running Mario show out of all of them.

Many of the episodes also centred around social issues at the time examples of which being; Born to Ride was about gang culture, King Scoopa Koopa was about the obesity epidemic caused by fast food and A Little Learning was about bullying at school.

Main Differences Between The Show And Game

One of the main differences between the Super Mario Bros. Cartoon and the game is the setting. Dinosaur Land is home to all different sorts of Yoshi's, whereas in the show it is home instead to the cave people. Oogtar belongs to this group, and is present in many of the show’s episodes. Another prominent difference than any discerning fan would notice is that many of the location names were changed. For example, the Forest of Illusion was renamed Enchanted Forest. Other name discrepancies include the names of the characters in the game against those in the show. Bowser became King Koopa and Koopas became “Troopas”. It seems that the show was more influenced by the Japanese game than the English version based on these name changes. The main cast did not undergo any significant changes, keeping their looks and attitude consistent from the games to the television series.

Yoshi’s origin was also slightly different than the game in the sense that Luigi hatched him, and he did not originally have his red shell. Luigi tells him this story in the ultimate episode, where it also shows that he saved Luigi by consuming several enemies, but did not take on any of the traits as he does in the game.

The final series of cartoons based on the Mario Brothers

Super Mario World was based on the popular SNES title, and based in Dinosaur land instead of the Mushroom Kingdom. Toad did not feature in the series as he wasn't in the game, instead John Stocker who did the voice for Toad in the previous cartoons took on the voiceover for a character called Oogtar. Super Mario World episodes were aired alongside the third season of Captain N: The Game Master. Like its predecessors the Super Mario World series of cartoons was produced by DIC Entertainment. 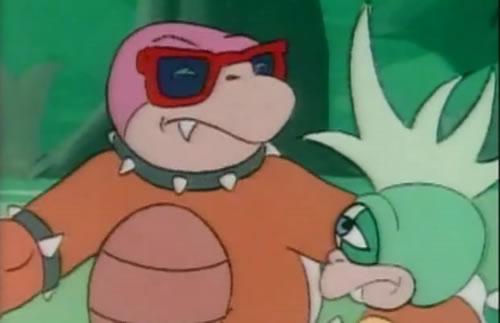 When the show was first being produced DIC were unsure what the names of the Koopa kids would be so they had to improvise, a table showing the Koopa kids real names as we know them now, and what they were known as in the series is as below:-

This was the final Mario Bros. Cartoon series and there are not any plans for a new one in the near future, although groups of Mario fans have been over the years trying to negotiate for one via petitions and other means.

A full list of episodes of the Super Mario World TV Series is below including the air date, if you click on the title of the episode you will be taken to that episodes guide page including a synopsis and images from the show

There was only ever one VHS release of the Super Mario World cartoons, a Christmas special that was released on October 1st, 1996 called "Super Mario Bros. Super Christmas Adventures". This was published by Buena Vista Home Video and contained two episodes: The Night Before Cave Christmas & Koopa Klaus.

There are only four DVD's out which are solely based on the Super Mario World cartoons:- 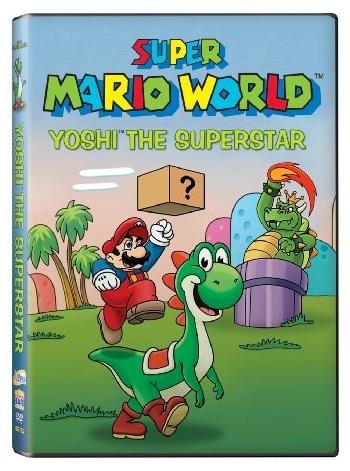 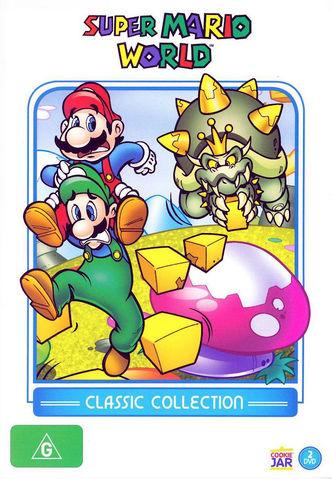 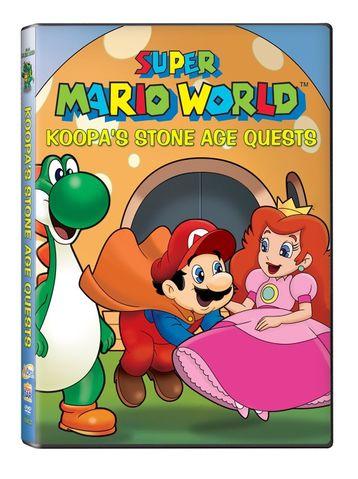 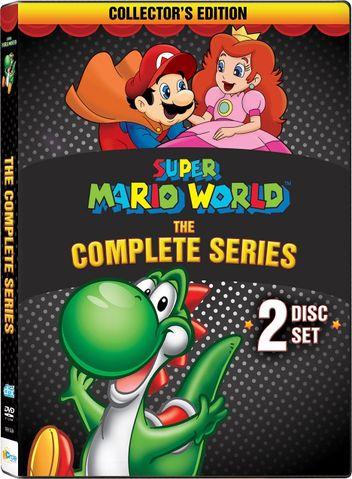 Know something we don't? Feel free to contribute by emailing in your trivia. Or posting in the comments at this pages footer. 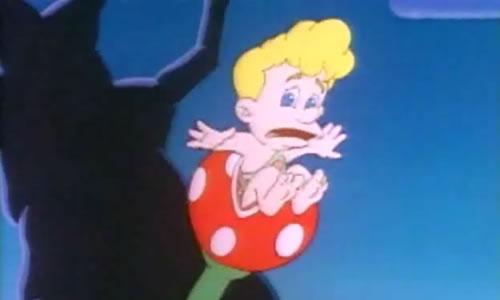 Oogtar, on a bad day. 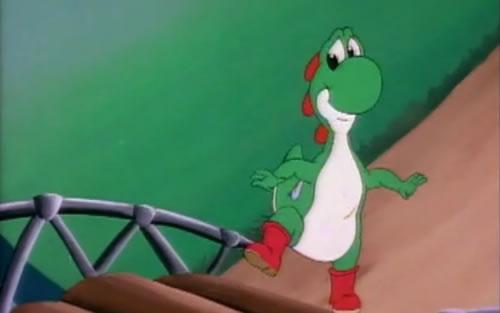 Yoshi reluctantly stepping onto a bridge across a river in Dome City from Episode 1 - Fire Sale.