Yoshi, the emblem of Nintendo portable games, ever since its first appearance in Yoshi for the Game Boy, and its several appearances on portable games in cameos or as a protagonist or selectable character we’ve seen how he develops to creates several games. We see Topsy Turvy as a chance to see a very experimental Yoshi game.

Accompany him on his quest, to defend Yoshis’ Island from Bowser as a Spirit named Hongo attempts to Seal Bowser and Co. in his book called the Forbidden Pop-Up Book, Hongo fails and seals the entire Island in the book. The Spirit who Loves surprises then explains to Yoshi that he has to go on a quest to convince Hongo to bring back the Island to normal, as the spirits won’t have enough power to defeat Bowser who was hiding inside the final chapter of the book.

The Spirit who loves surprises then aids Yoshi on his quest, to help convince the other spirits by doing quests for them to ultimately face Bowser and defeat him!

In Topsy Turvy you move your game pak to control Yoshi, the game pack includes a gyroscope like the one in Warioware: Twisted! And Kirby Tilt ‘n’ tumble, that allows you to move the world where Yoshi moves around on the screen. 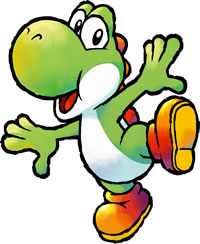 Turn the world upside down! Yoshi's Island has been turned into a picture book and Yoshi will not stand to have his world flattened. With aid from some friendly spirits, grab hold of this world to help. Tilt Yoshi through several wild levels, keeping to the path and challenging perils along the way. A Tilt Sensor in the Game Pak detects the orientation of th game and as you twist and turn, the entire world rotates around you.

The gameplay is very unique, move Yoshi around with the gamepad, but rotate the Gameboy to make the game world rotate, enabling Yoshi to advance on some levels. There are spirits throughout the game and each one will provide Yoshi with a mission, after completing it Yoshi will be able to complete the level and proceed to the next one.

There are bonus games and mini games that are available for the player, aside from the mini games on the Story mode which will award 50 coins to Yoshi once he wins them.

The spirits of the game are:
- Spirit of Cuteness: A pink flowery spirit who loves cuteness above everything else, is very friendly and helps Yoshi know that egglings were turned into Apples by Bowser. Once you help the egglings the spirit provides Yoshi with a Happiness Medal. 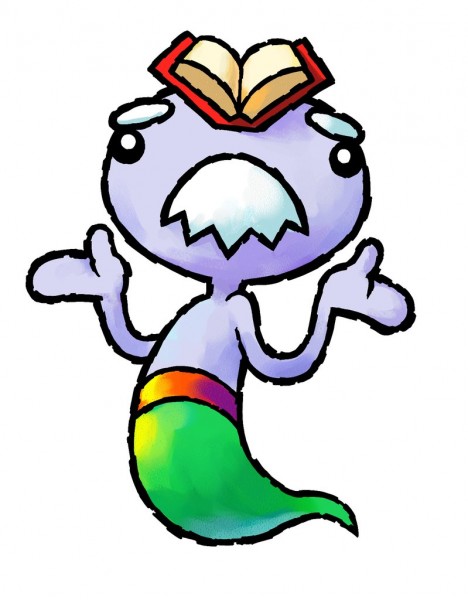 The Great Spirit: Hongo
- Spirit of Money: Also known as the spirit of greed is a goldy grinning spirit who loves money more than everything. He judges people on how much money they have, this spirit is so greedy that even his shadow is gold. He demands Yoshi to get him coins so he awads Yoshi with a Happiness medal.
- Spirit of Power: Also known as the Spirit of Might loves everyone who is Mighty and powerful. In order to get the Happiness Medal Yoshi will need to defeat a certain number of enemies on a level.
- Spirit of Kindness: The total opposite of the Spirit of power she treasure kindness above everything, she’s kind of a Diva who asks Yoshi to pass through levels without defeating enemies, if he is able to clear the levels without defeating four enemies or less she will give Yoshi the Medal.
- Spirit of Speed: Also known as the Spirit of Swiftness is the one that loves everything that moves fast. She will provide Yoshi with a Happiness Medal if Yoshi is able to reach the end of a level on a set amount of time.
- Spirit of Fright: This spirit loves to scare others no matter how kind it may look, he loves everything that is scary. He runs along with Yoshi, eating up the paper and pages of the Forbidden Pop-up book. Yoshi has to reach the end of the level without being sucked on the rolling spikes or dying from touching them too many times.
- Spirit who loves Surprises: This spirit loves surprises, and is the one that sets Yoshi on his adventure, and will surely be a surprise as Yoshi advances through the levels.
- Hongo: A great spirit within a book who wants to get rid of Bowser, is the one providing the Universal Gravitation Device to Yoshi which allows him to manipulate movements.

The only levels that don’t have the spirits on them are those related to Bowsers’ field and Cave where Yoshi confronts Bowser.

Yoshi has several transformations which are:
- Yoshi Ship: Yoshi is able to float on the water and the water level can be changed by tilting the controller.
- Yoshi Balloon: Yoshi becomes a ballon and floats downwards, you can change where he drifts by twisting the console.
- Ball Yoshi: He becomes a bouncy, invincible ball who defeats every single enemy and breaks concrete walls.
- Yoshi Boat: He becomes a Boat, able to jump and as the Ship the water level may be changed by tilting the console.

Yoshi in his boat form transformation.

The enemies come from other games as well, but we have some unique enemies:
Some of the enemies from YTT, from left to right: Goonies, Shyguys and Spikeballs.

There are several items that will help Yoshi on their quest:
There are objects which react to how the console is tilted as well: 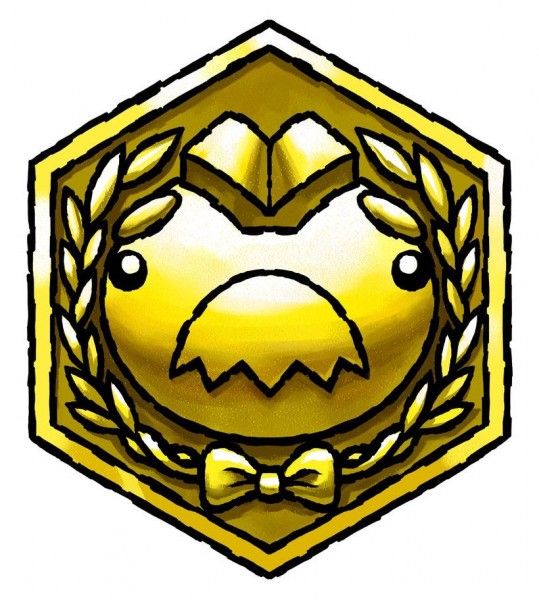 The eggling book is a book with every single Eggling you can save, after completing it you unlock certain levels and game modes on the game.

Check out these videos of Yoshi Topsy Turvy including TV Commercials, Trailers and the games intro video.

Yoshi’s Topsy-Turvy got a lot of good and bad reviews, A unique game that got an average of 61%, Having a MetaScore of 60% and given a 6.6/10 by GameSpot a 7/10 by Nintendo Power and a D+ by 1up.com. The graphics of the game seem bland, and the gameplay seemed innovative but overall it was badly received, praised only for the controller scheme and novelty. 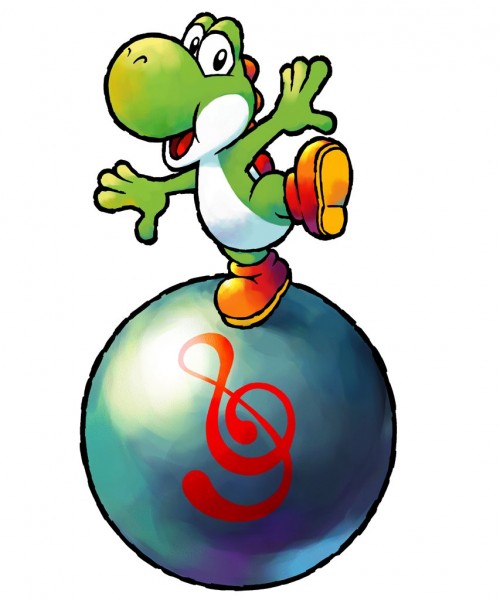