Here is another reason to celebrate 25 years of Super Mario; the Super Mario All-Stars – 25th Anniversary Edition! This contains four from the NES’ original legendary Mario games of all time, plus a bunch of extra collectables, launching now on Wii across Europe since 3rd December 2010.


Super Mario All-Stars – 25th Anniversary Edition includes a Super Mario All-Stars Disk case that contains SMB, SMB2, SMB3 and SMB: The Lost Levels, all in one disk! This is to give Mario fans four reasons to revive the excitement of these favorite classic games on Wii. So if you missed out on them the first time, now’s you chance to discover four of the reasons why Super Mario has been one of gaming’s most loved series’ of all time. 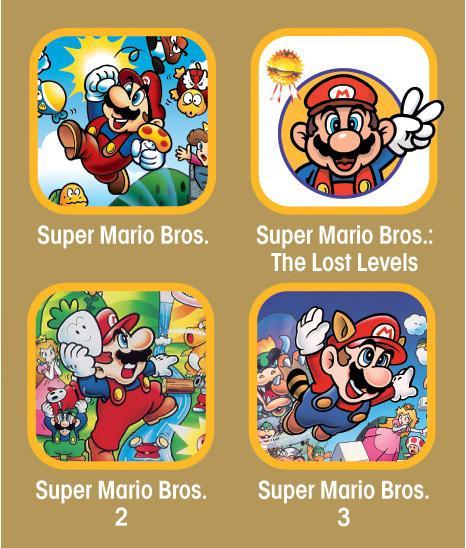 Included in this new collection is a special booklet specifying the full history of Super Mario and a real treat for fans of the series! An audio CD that contains music from Super Mario games covering the last 25 years, starting from the original 1985’s Super Mario Bros.  up to 2010’s Super Mario Galaxy 2, of course taking in classics such as Super Mario 64 and Super Mario Sunshine along the way.

In the quarter of a century, Mario has become one of the most globally recognized characters in the world of entertainment since Nintendo game designer Shigeru Miyamoto’s team put the finishing touches to his first most important adventure, Super Mario Bros. for the Nintendo Entertainment System (NES). With more than 240 million units sold globally, The Super Mario Bros. series is now the best-selling video game series of all time.