From Nintendo Power magazine vol. 35 published April 1992 - This was the fourth of twelve parts. Illustrated by Charlie Nozawa, story by Kentaro Takekuma copywriter Leslie Swan of Nintendo of America.

Last month, Princess Toadstool was hot- footing it through the desert in pursuit of Bowser, and Mario and Luigi rode Yoshi to Yoshi Village where friendly floyd, the traveling salesman, took them for a ride of a different kind. Then they learned the bad news about the Princess. Kidnapped... again. 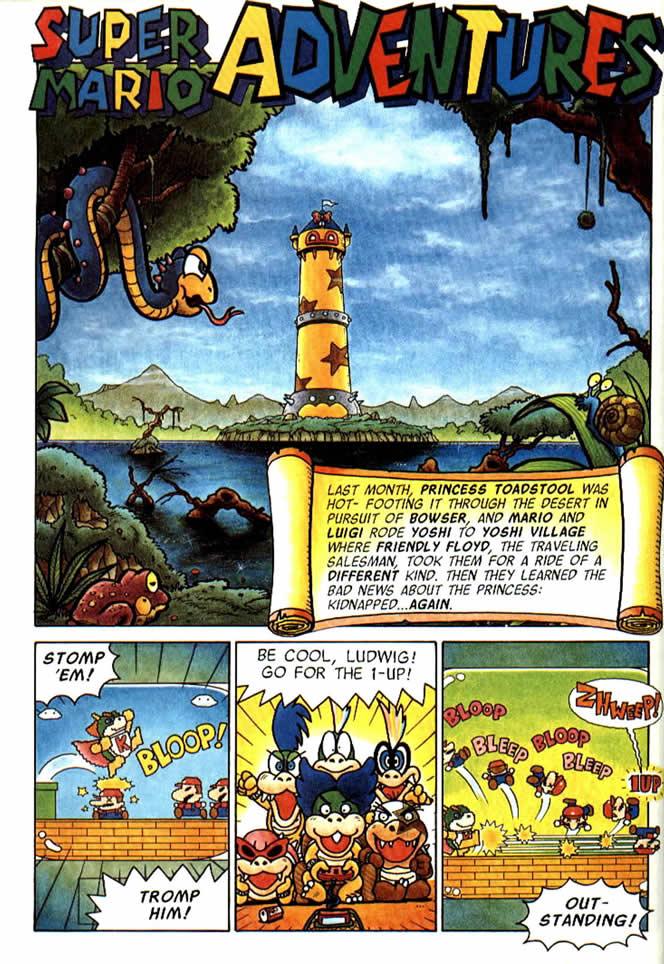 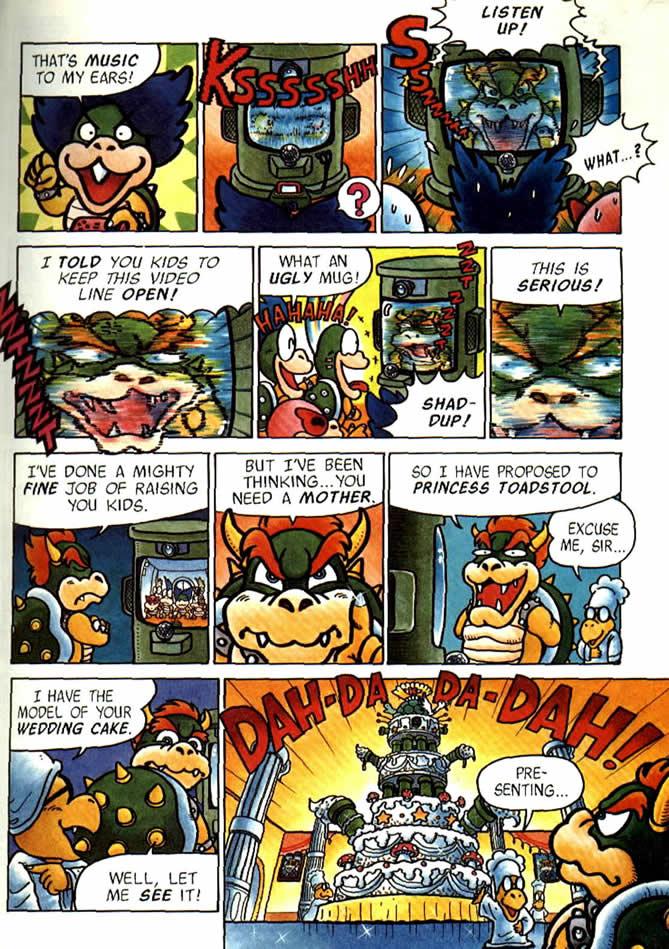 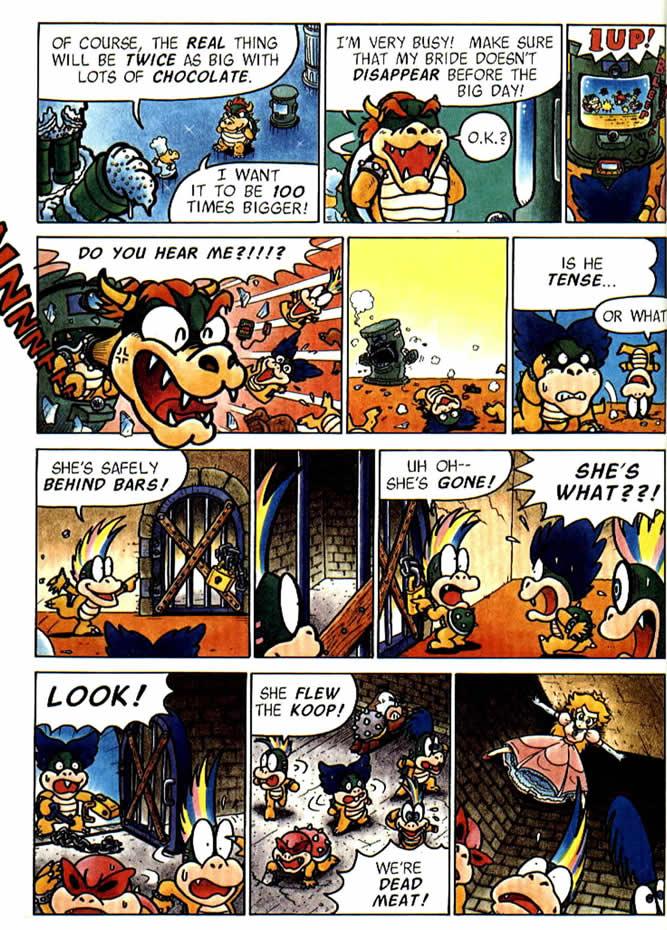 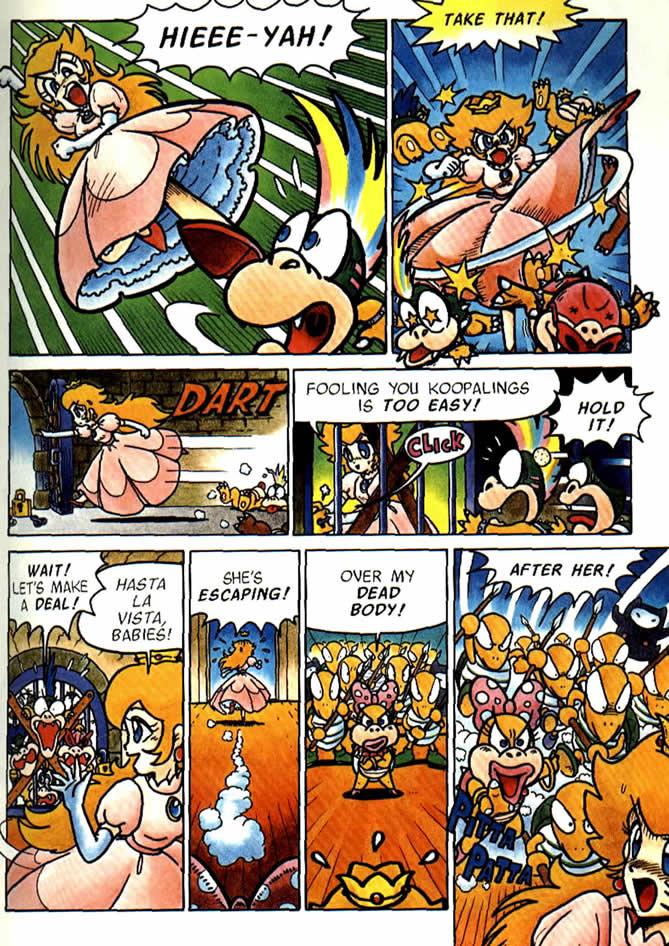 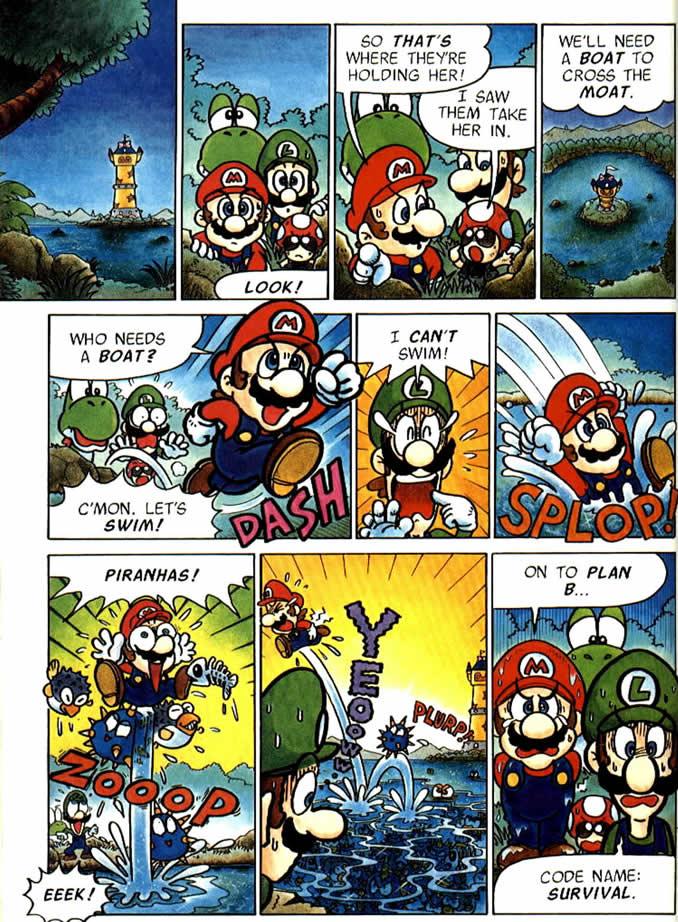 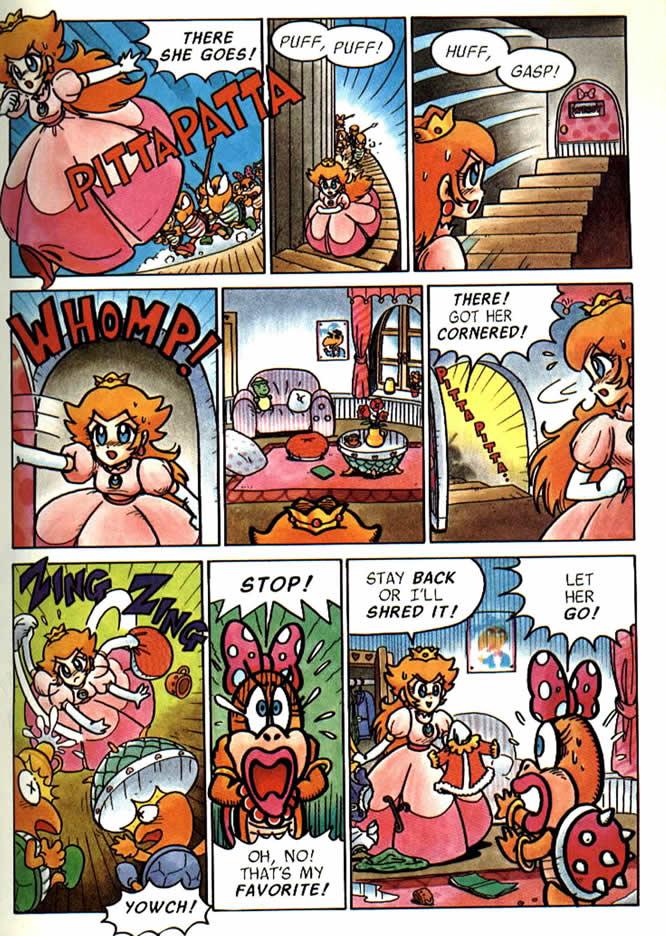 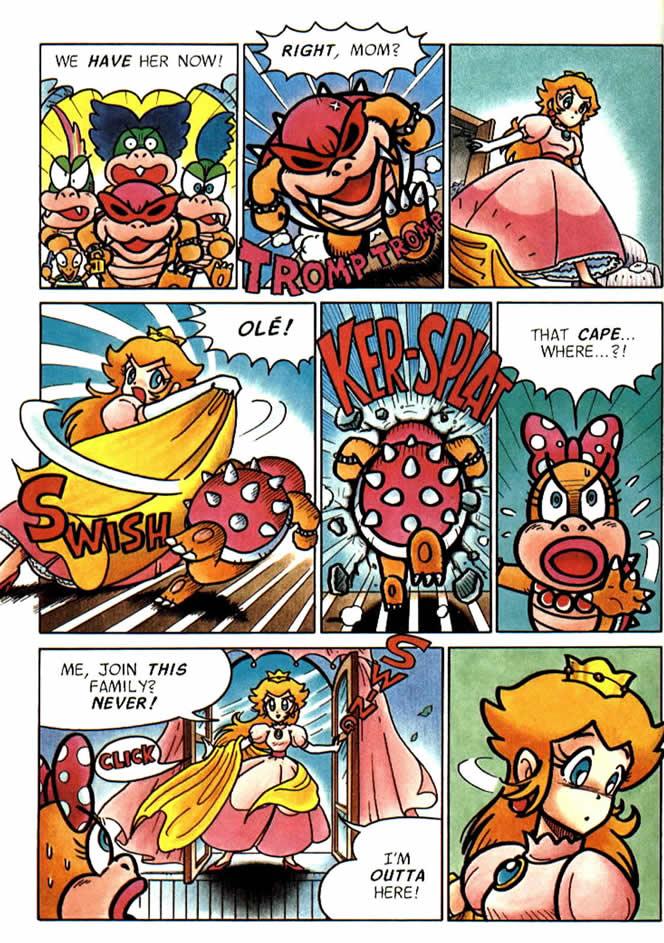 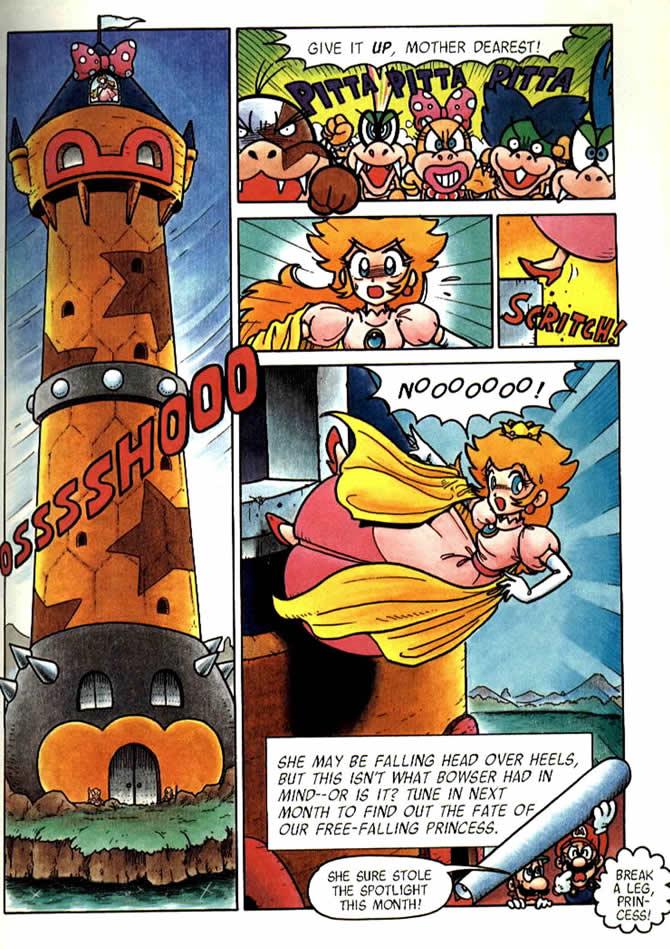