From Nintendo Power magazine vol. 39 published August 1992 - This was the eighth of twelve parts. Illustrated by Charlie Nozawa, story by Kentaro Takekuma, copywriter Leslie Swan of Nintendo of America.

Last month, when Princess Toadstool threatened to topple the tower with a bomb, wicked Wendy O. Koopa called her bluff. Before the Princess could act, though, Wendy dumped her-- and the rest of the Mario Bros. gang--into a dungeon. The dungeon denizens? flame-breathing reznors, and everyone knows that fire and fuses are a lethal combination... 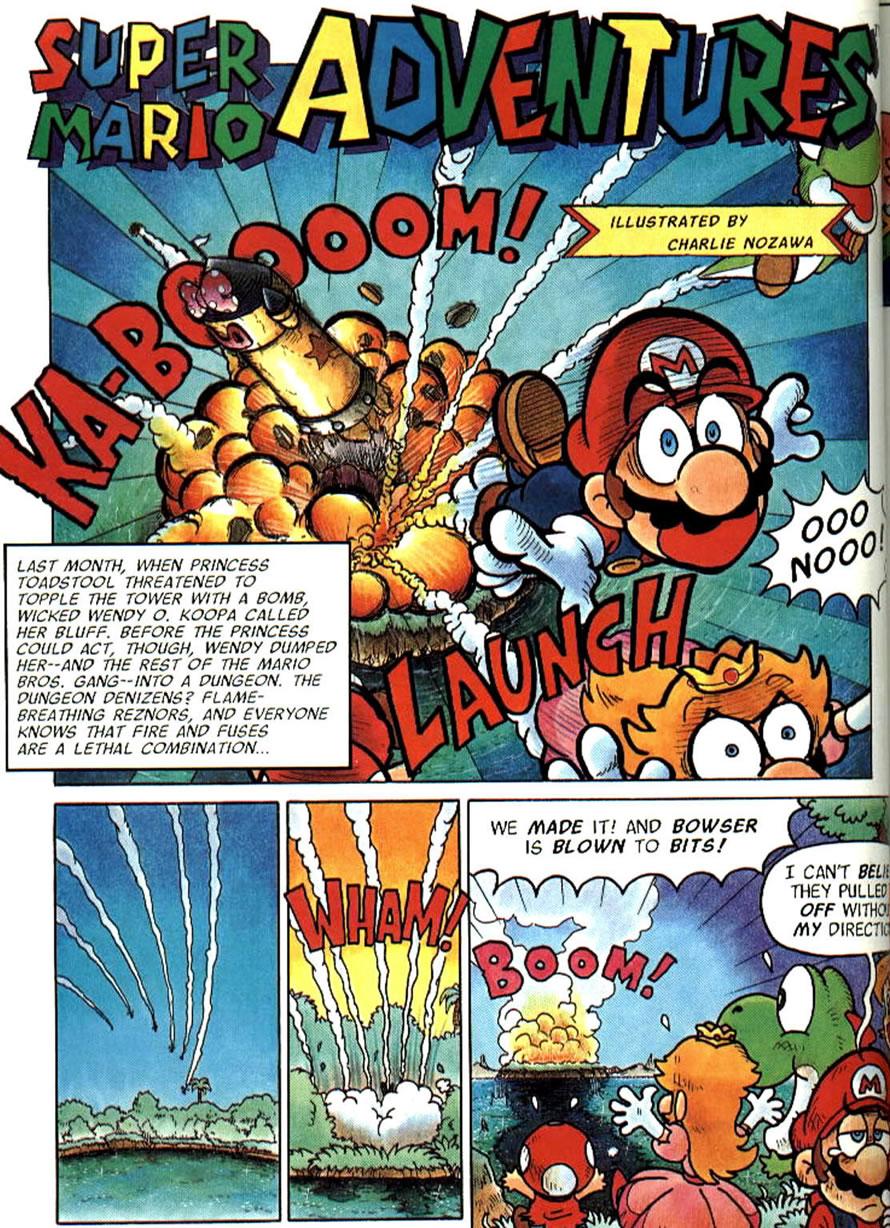 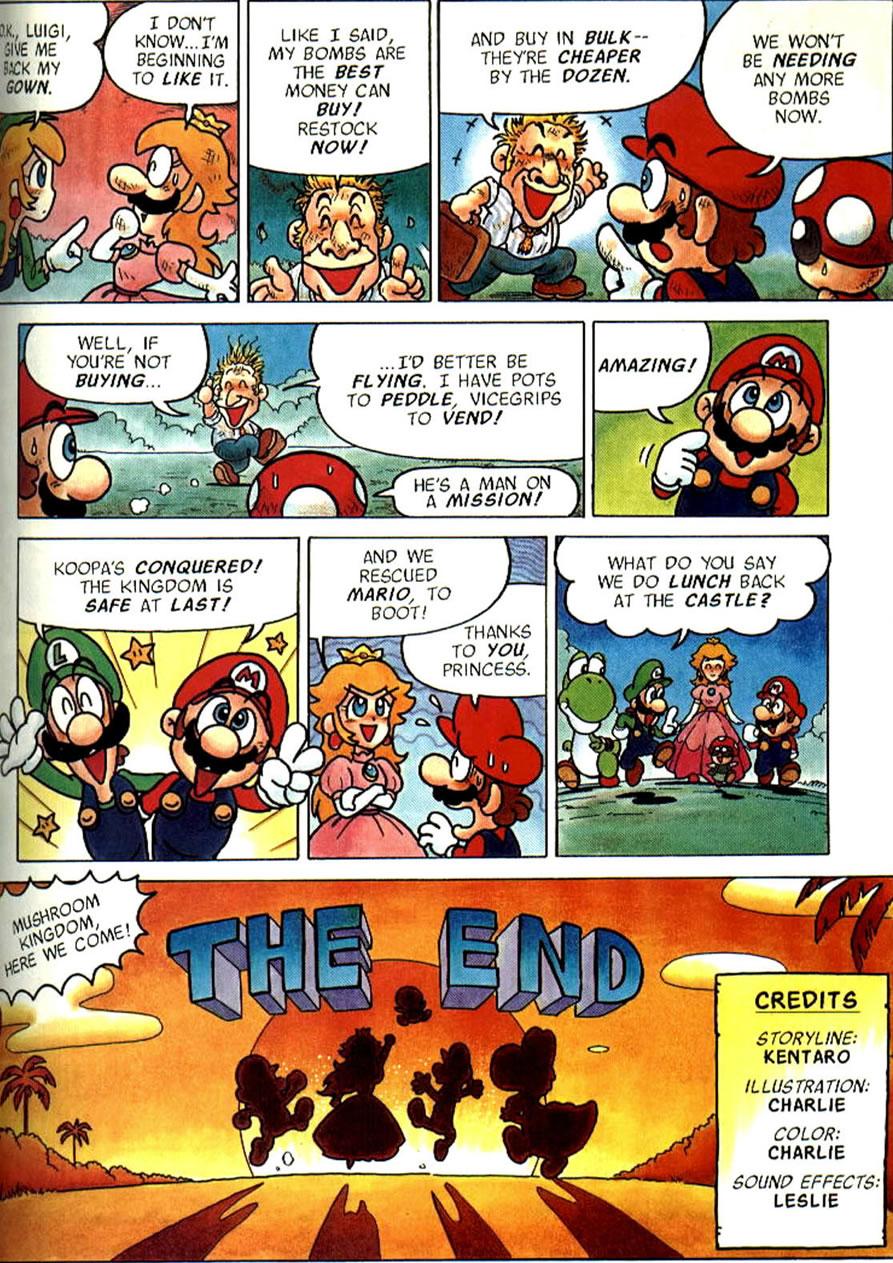 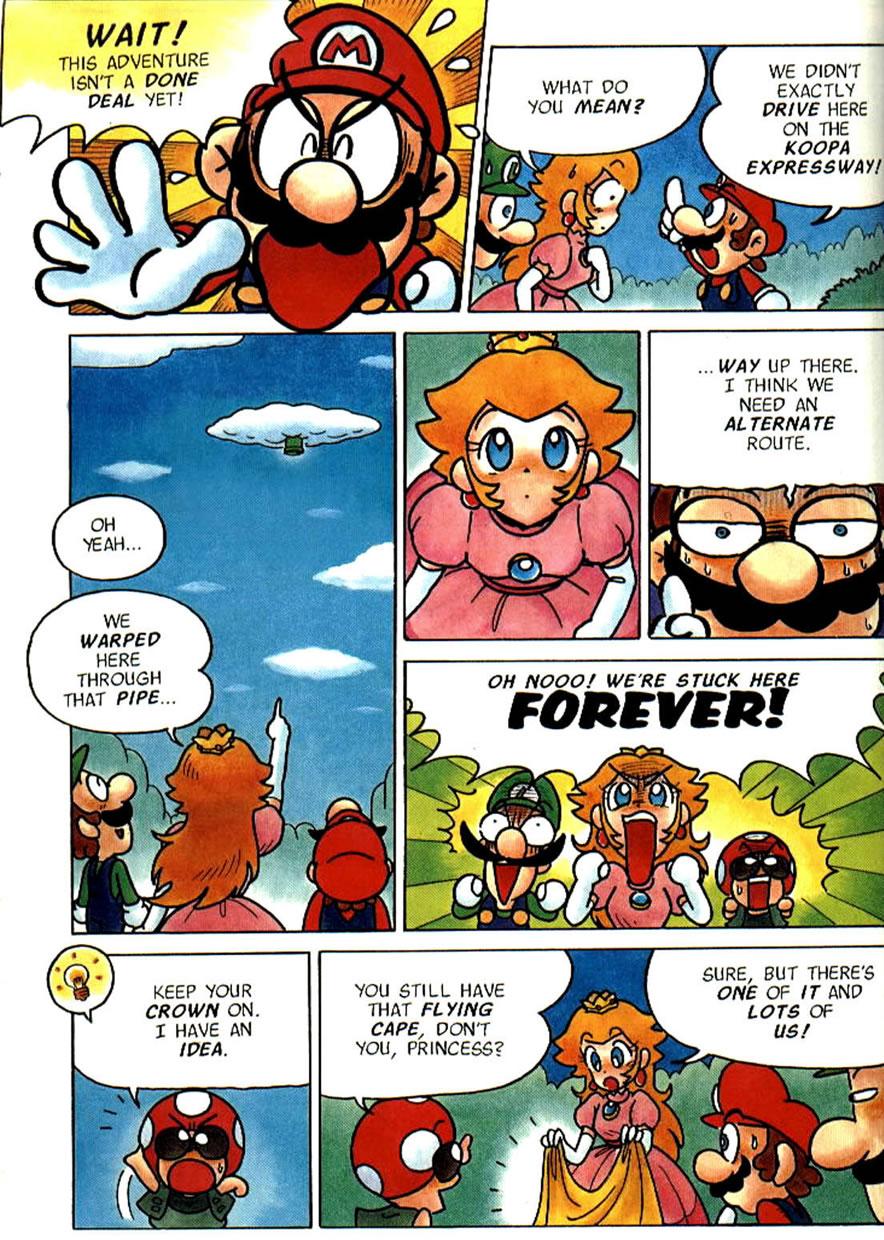 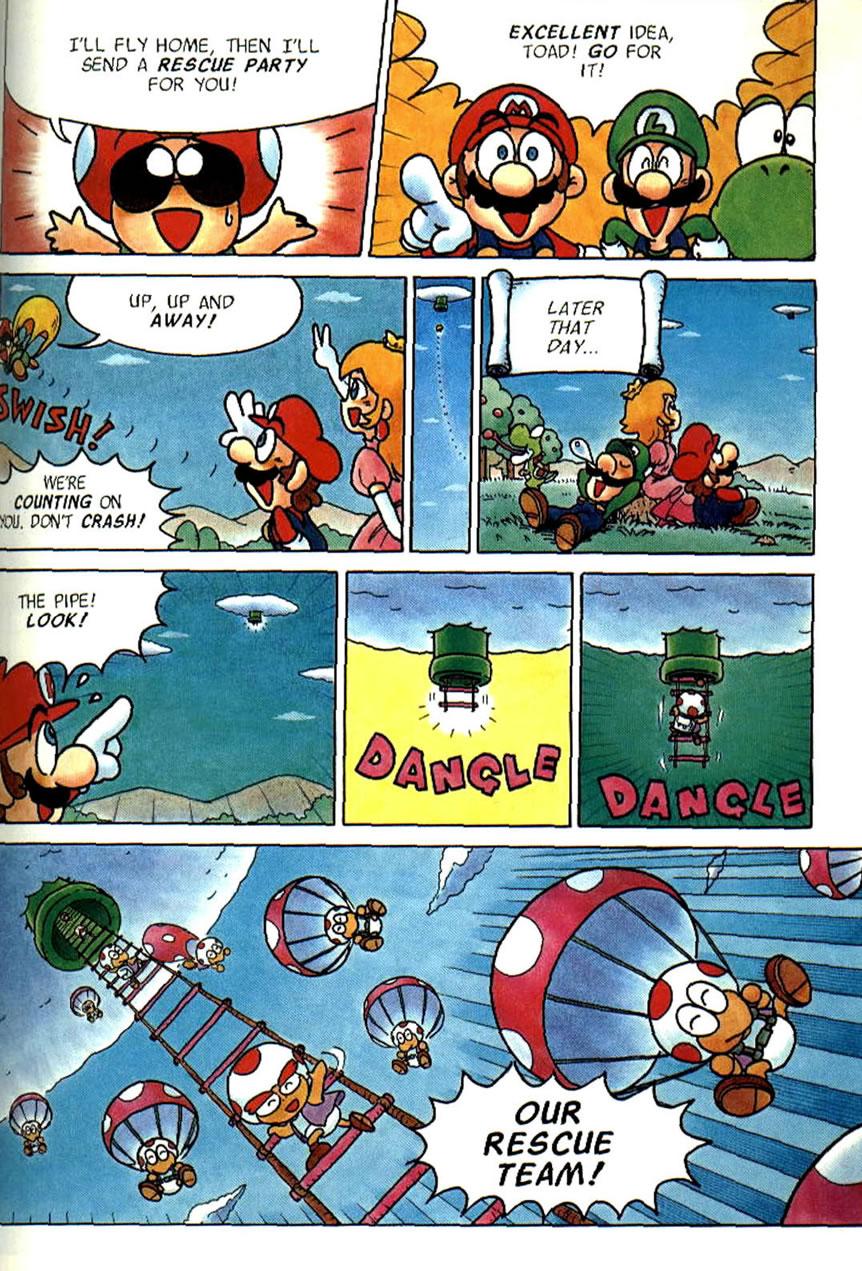 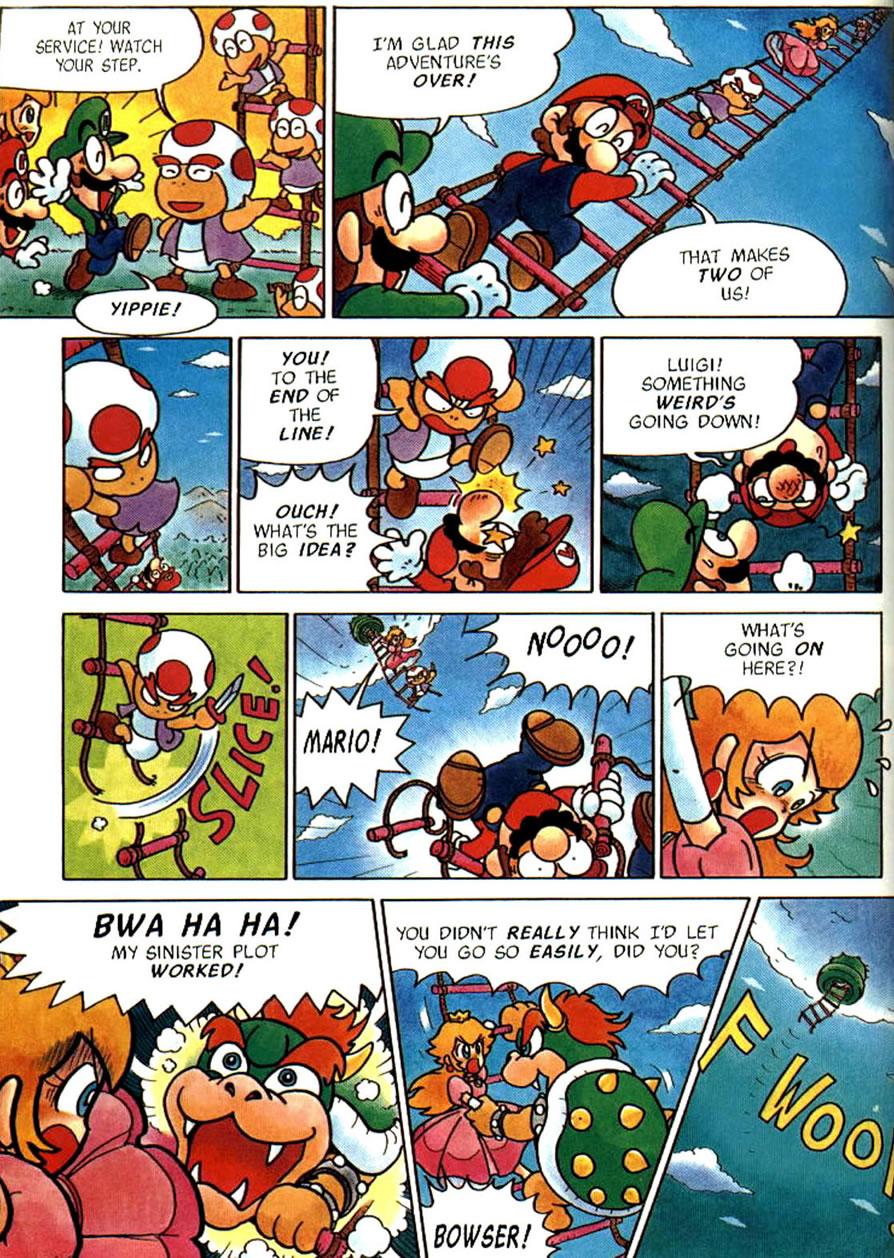 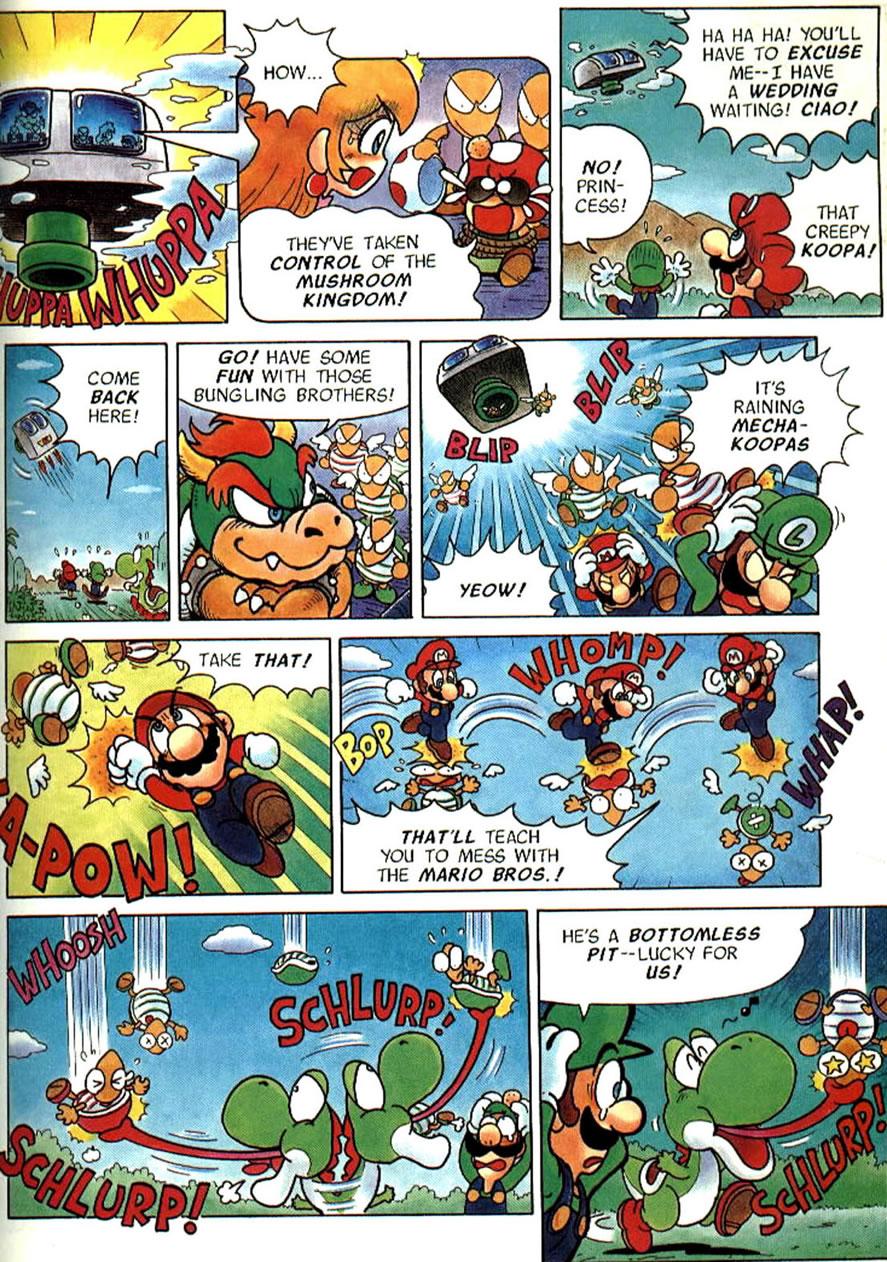 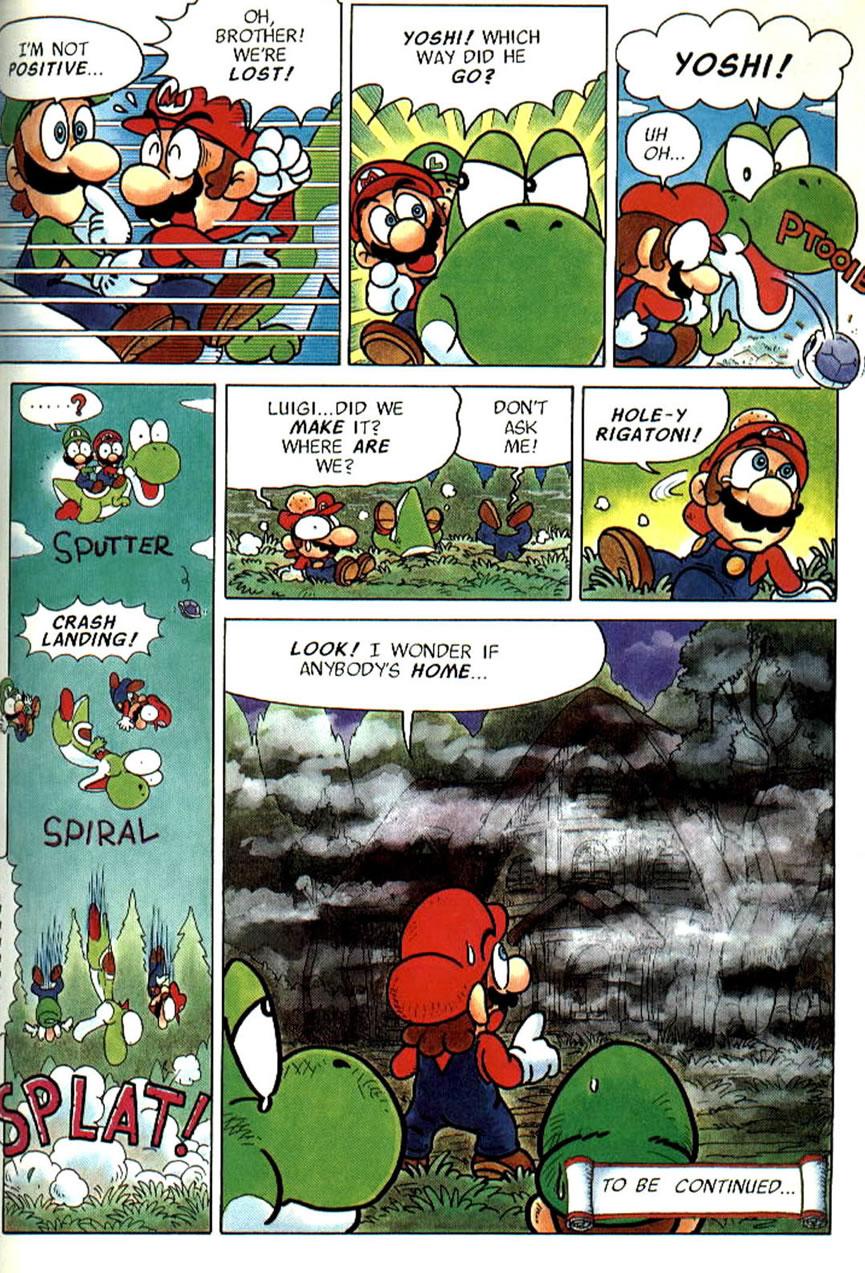 Is anyone home? Find out in next exciting installment: Issue 9 of the Mario Adventure Comics