From Nintendo Power magazine vol. 41 published October 1992 - This was the tenth of twelve parts. Illustrated by Charlie Nozawa, story by Kentaro Takekuma, copywriter Leslie Swan of Nintendo of America.

Last month, Mario donned a doctor's disguise and talked a Big Boo out of the blues and into escorting them to the Koopa King's Castle. when the Bros. arrive at the Marvy Mansion in this months episode, they see a huge crowd gathered for a special occasion: Bowser's Marriage-- To the reluctant Princess Toadstool.

I wonder.. was the giant cakes that the Koopa's were transporting inspiration for Bundt, the cake boss in Super Mario RPG? or the other way round perhaps? 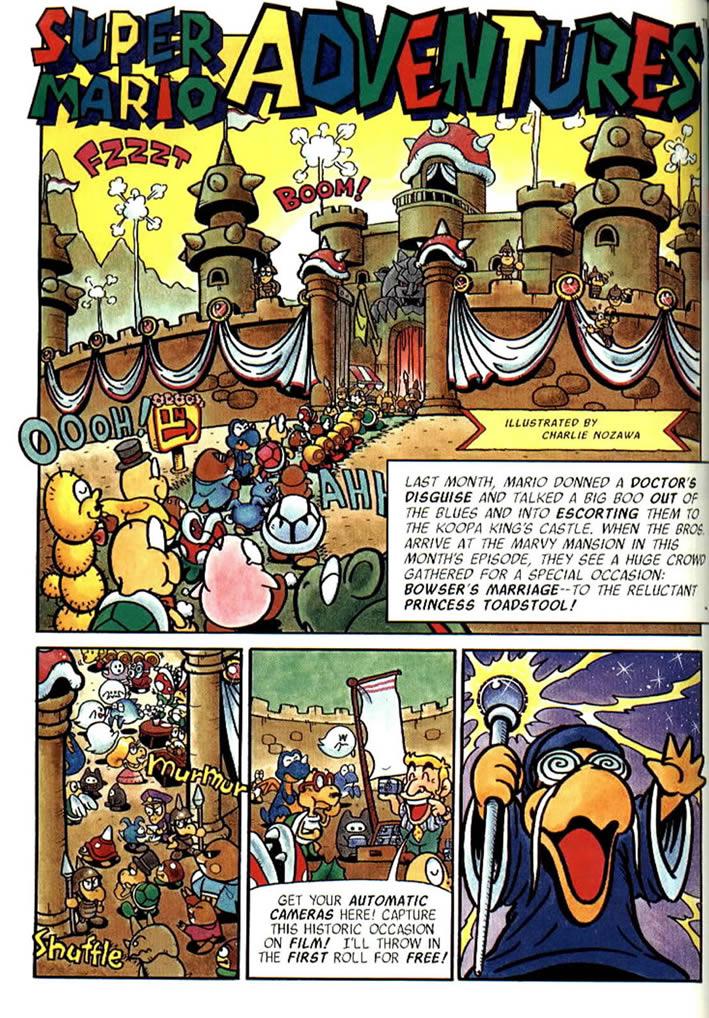 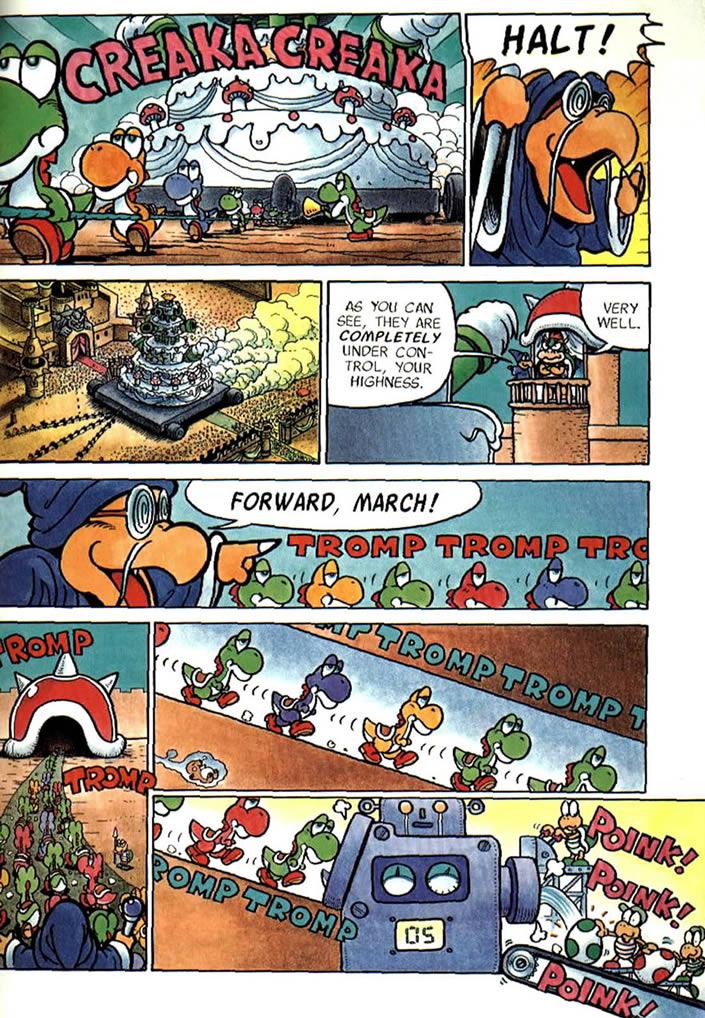 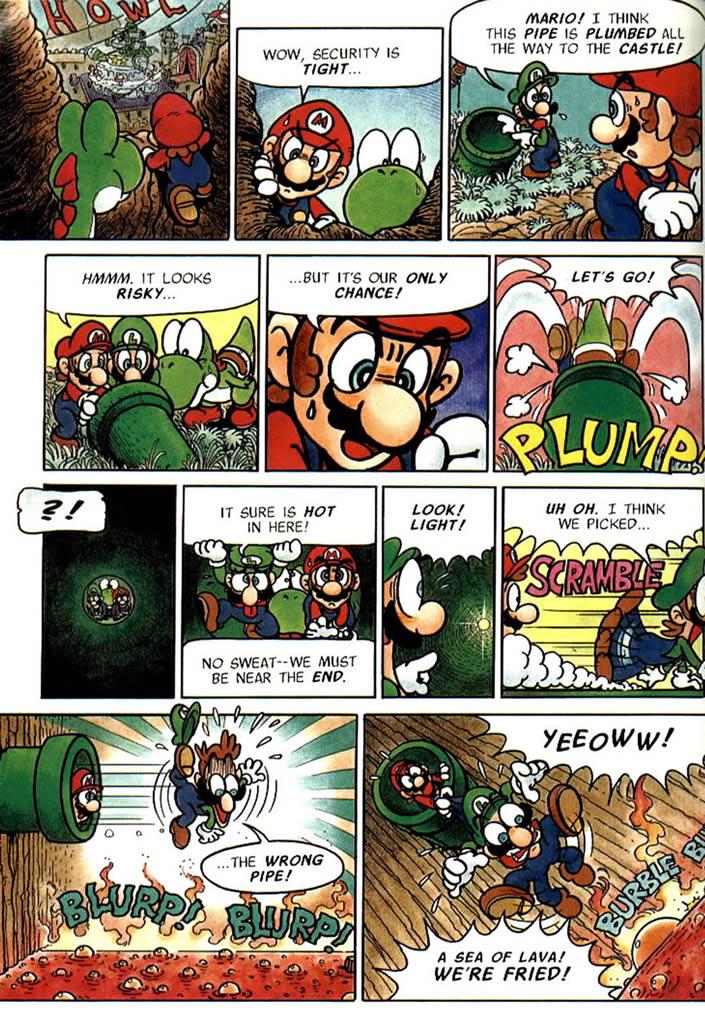 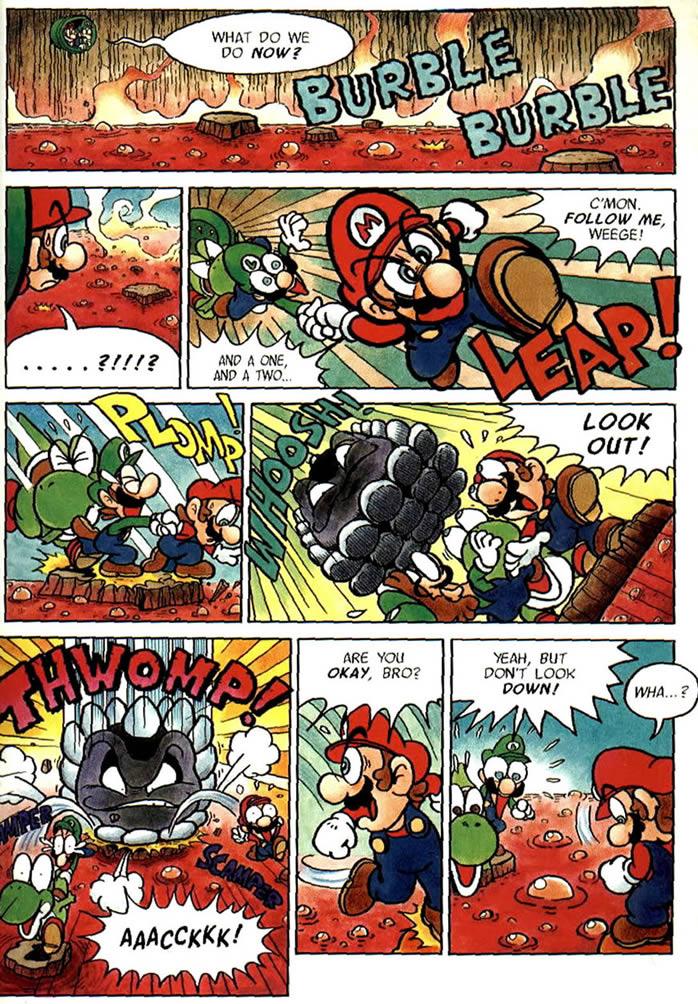 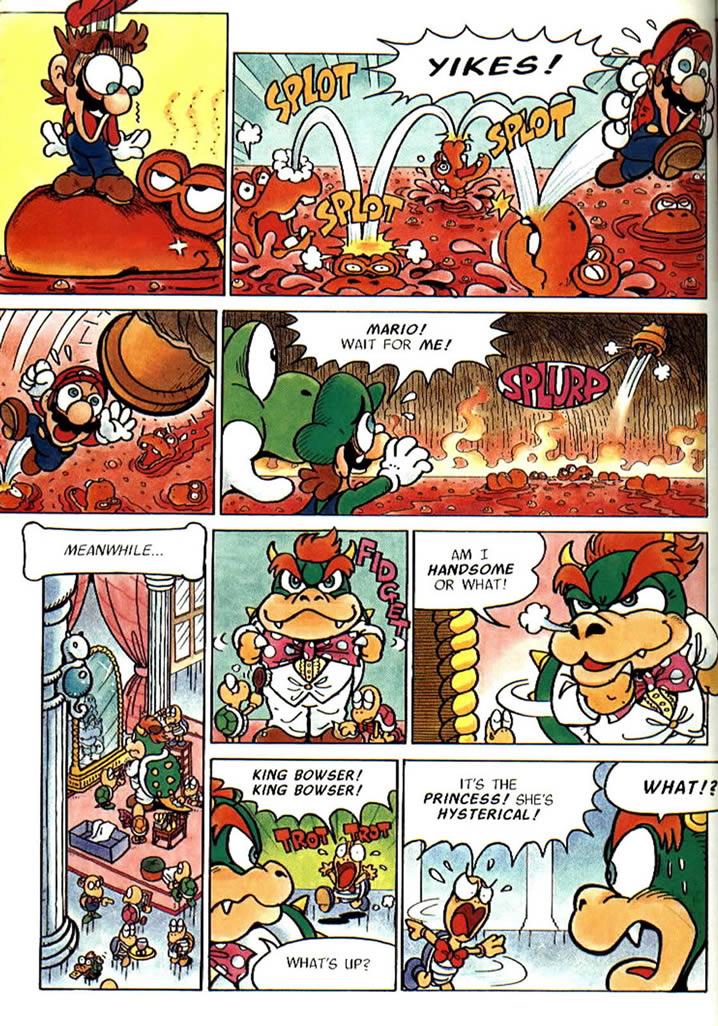 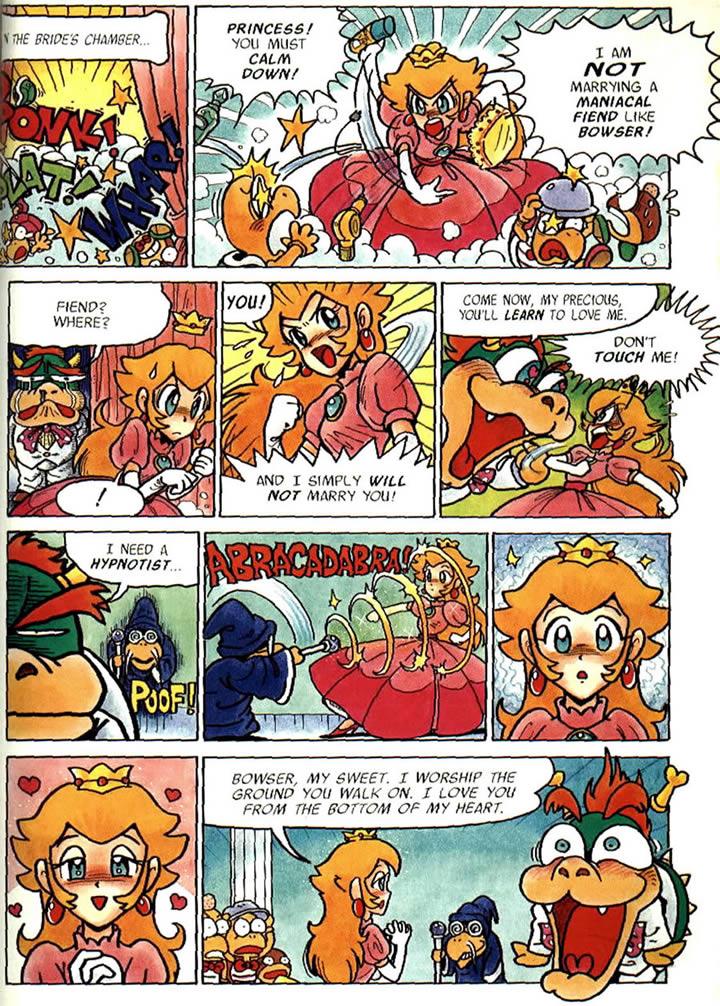 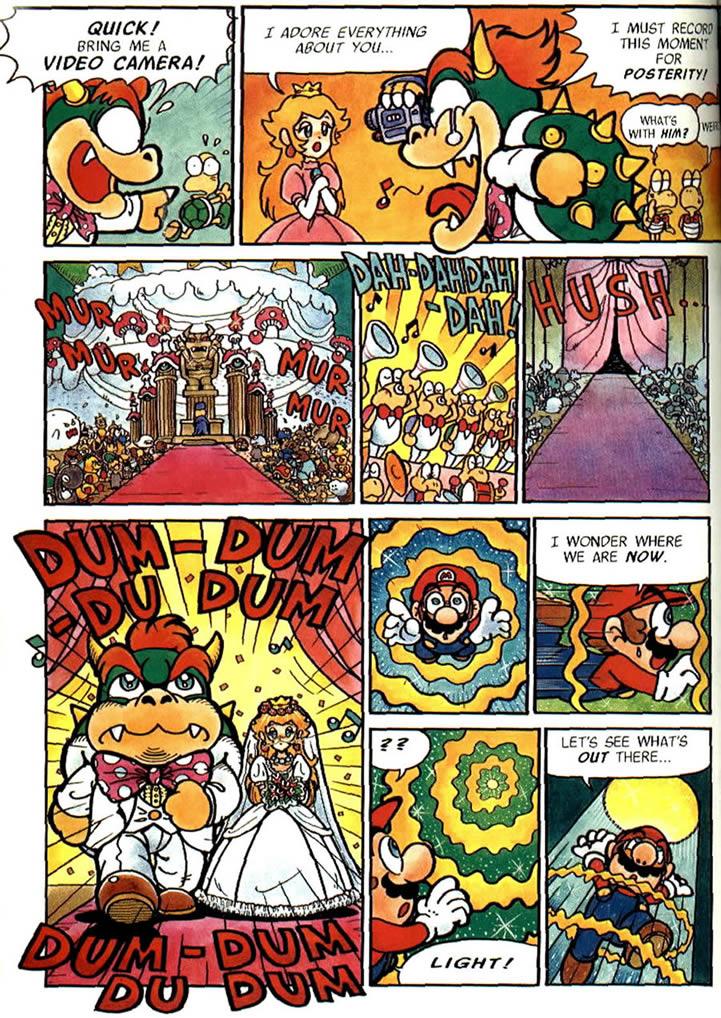 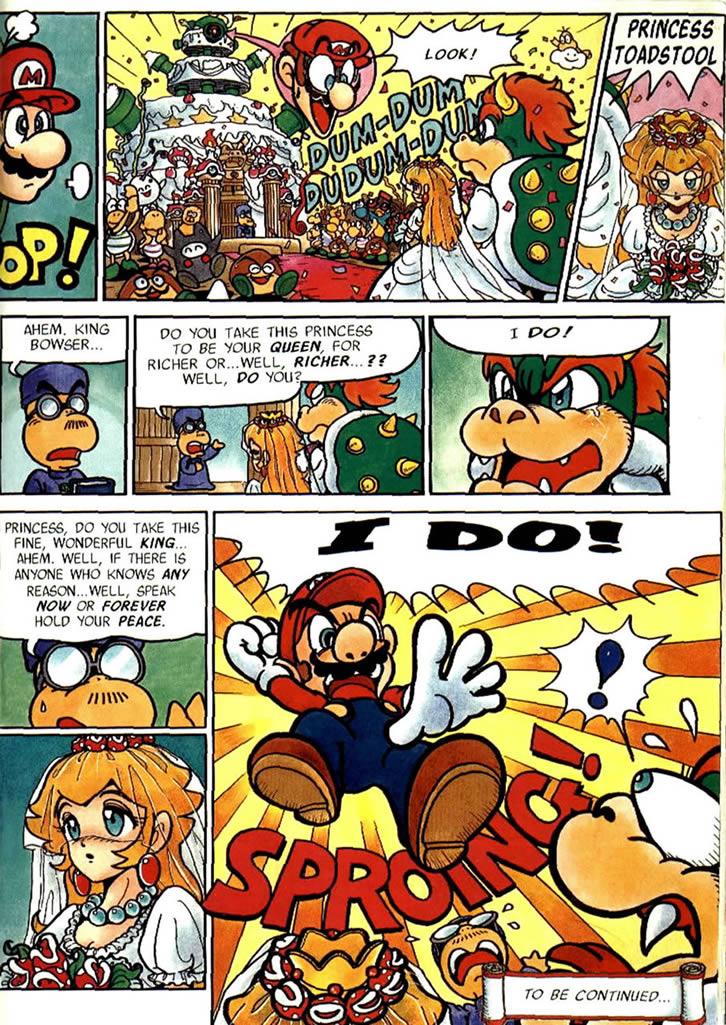 How badly did Mario ruin the wedding? Find out in Issue 11 of Mario Adventure Comics