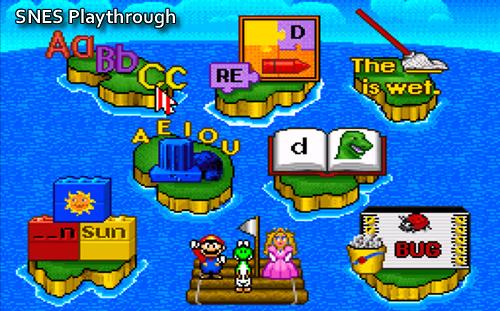 So I take great pleasure in subjecting you to... I mean presenting to you an eighteen part world by world playthrough of this SNES Edutainment title from 1993 in the playlist below. You can click the top left of the playlist and skip to different and more exciting worlds at your own leisure.

We are trying to playthrough (and lets play in some cases) all Mario games from the very start to the very end (ie modern day) so I'm getting these ones out of the way first!

Subscribe to our YouTube channel to get updates, we'll be adding a full playthrough at least every other week.