An eight page feature on Yoshi's Story for the Nintendo 64 originally published in January 1998.

Once upon a time there was the 2-D side-scroller Yoshi's Island. Two years, one 64-Bit system and half a dimension later, the Yoshis return to spin a tale that could be told only on the N64: Yoshi's Story, Nintendo's Dazzling 2.5D Wonderland that reunites the dinos with more action, fun and whimsy than ever before. 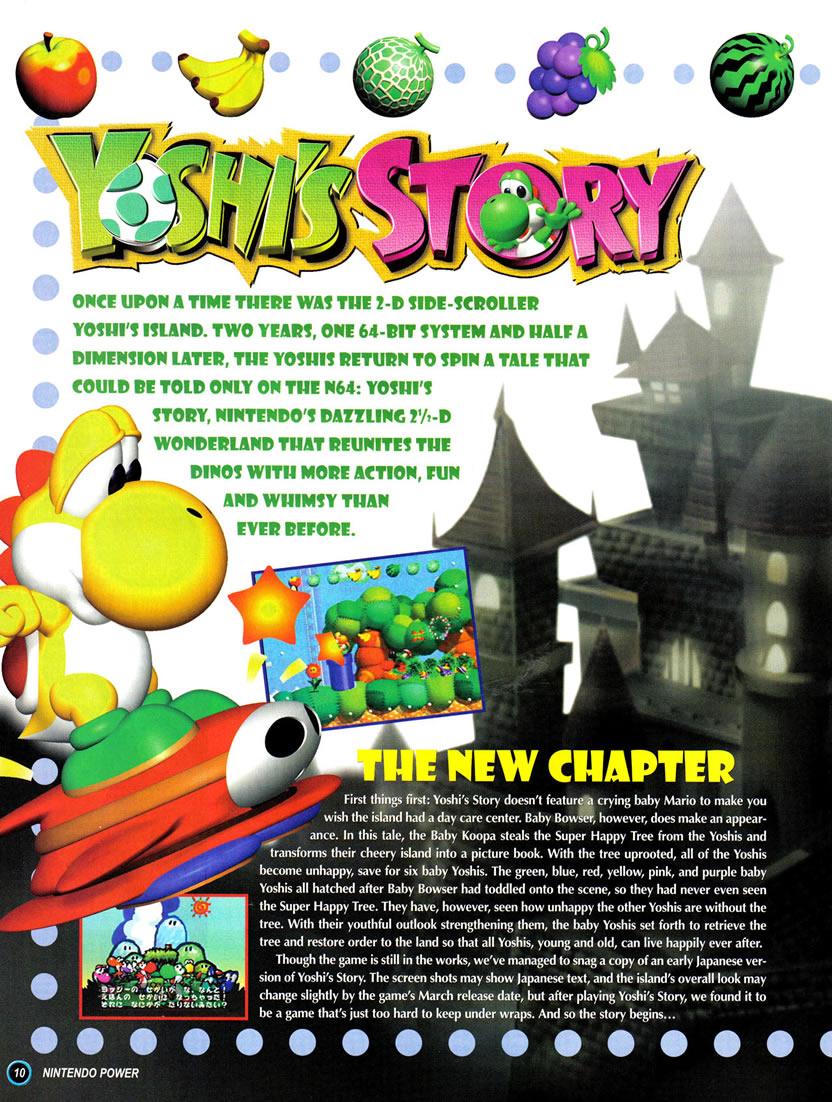 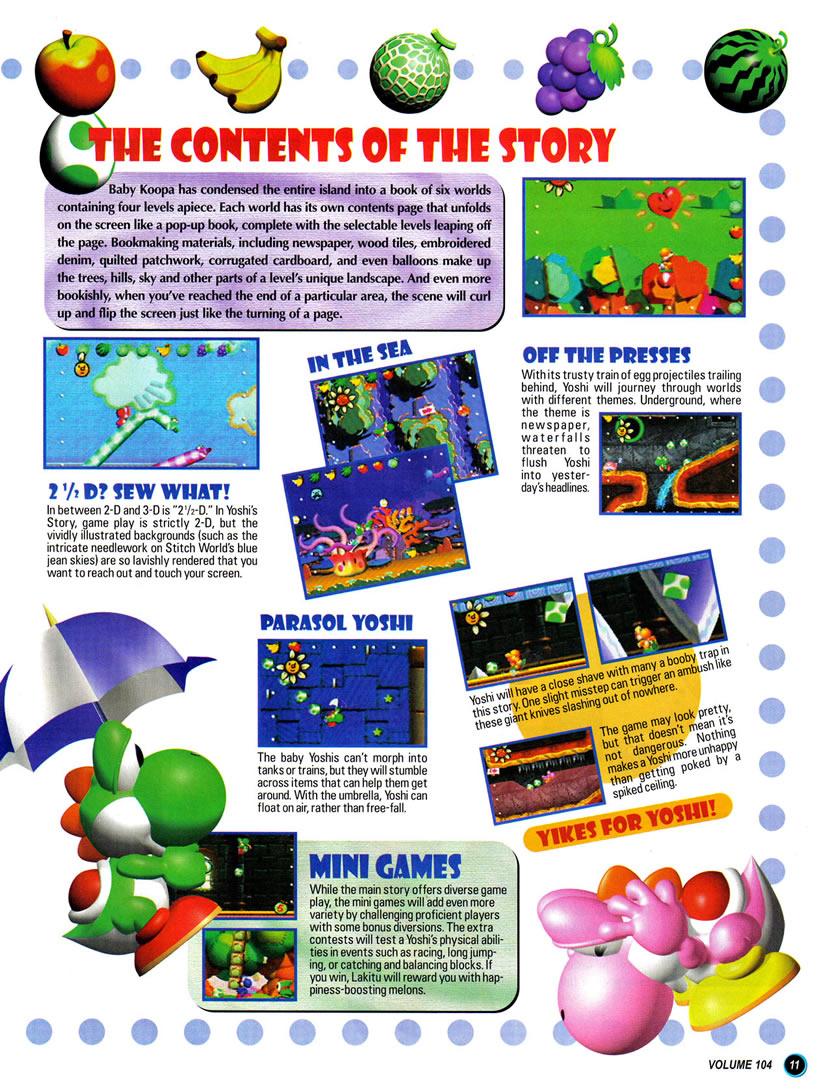 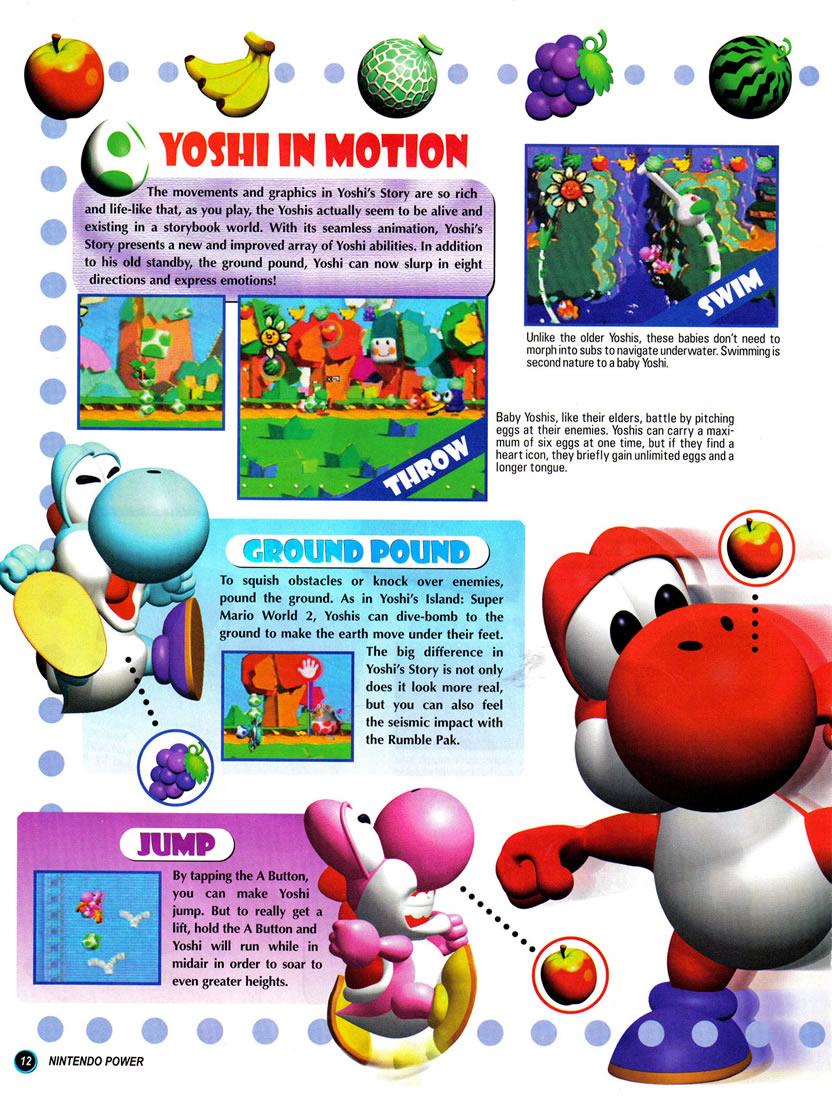 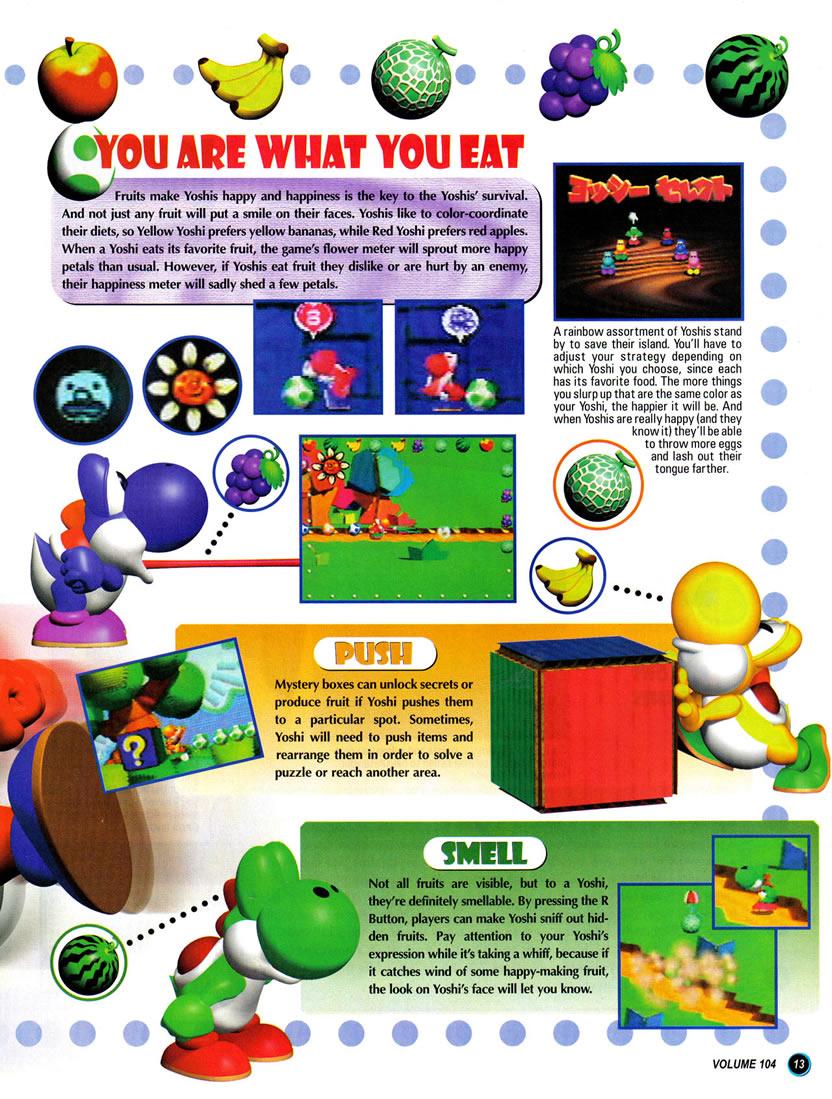 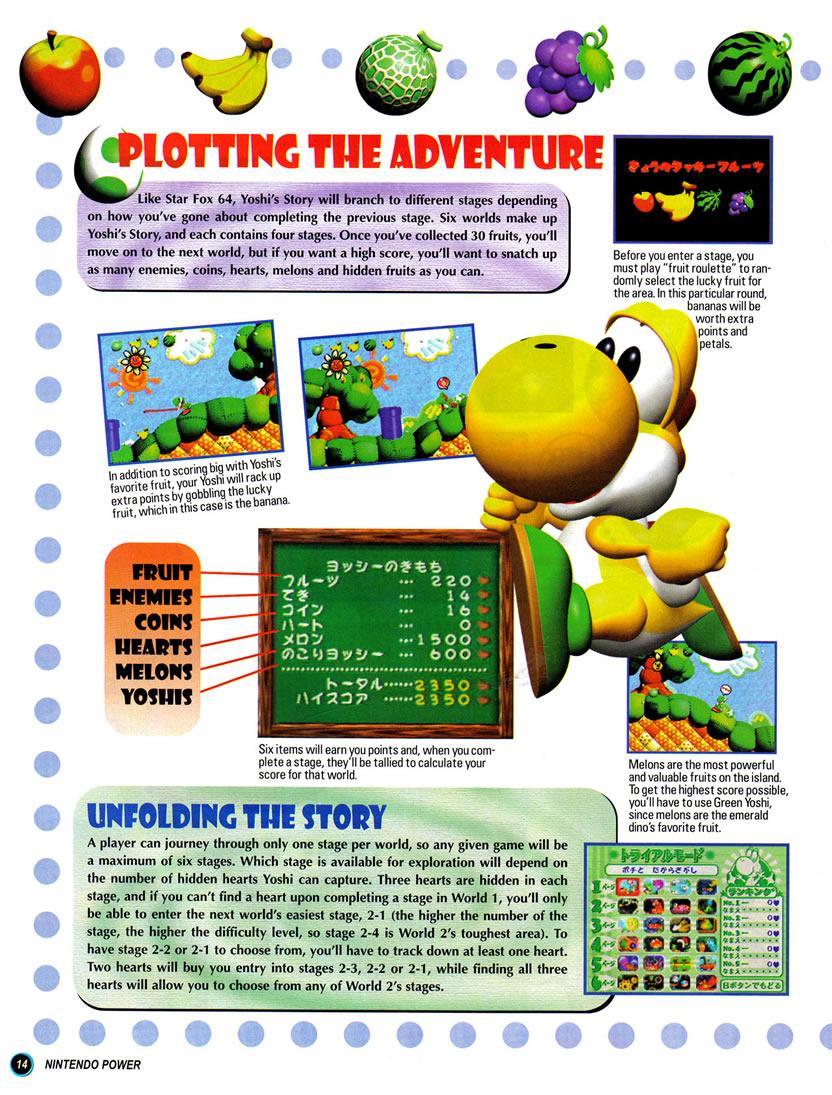 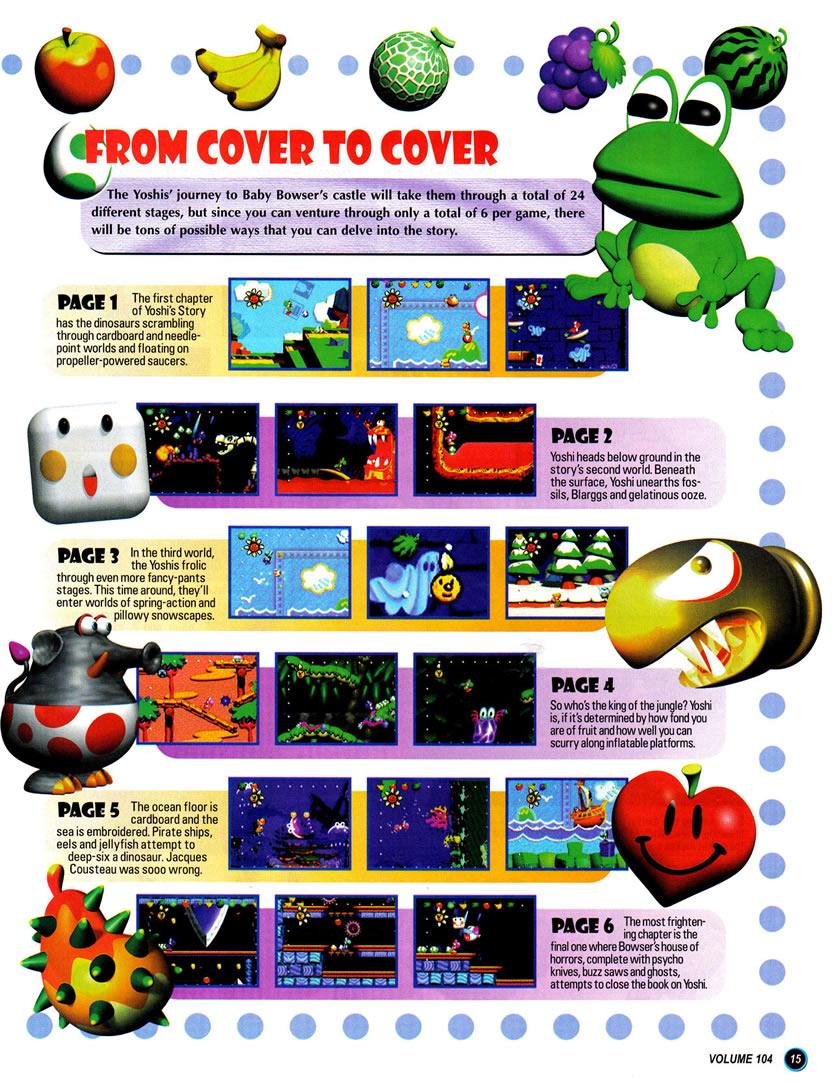 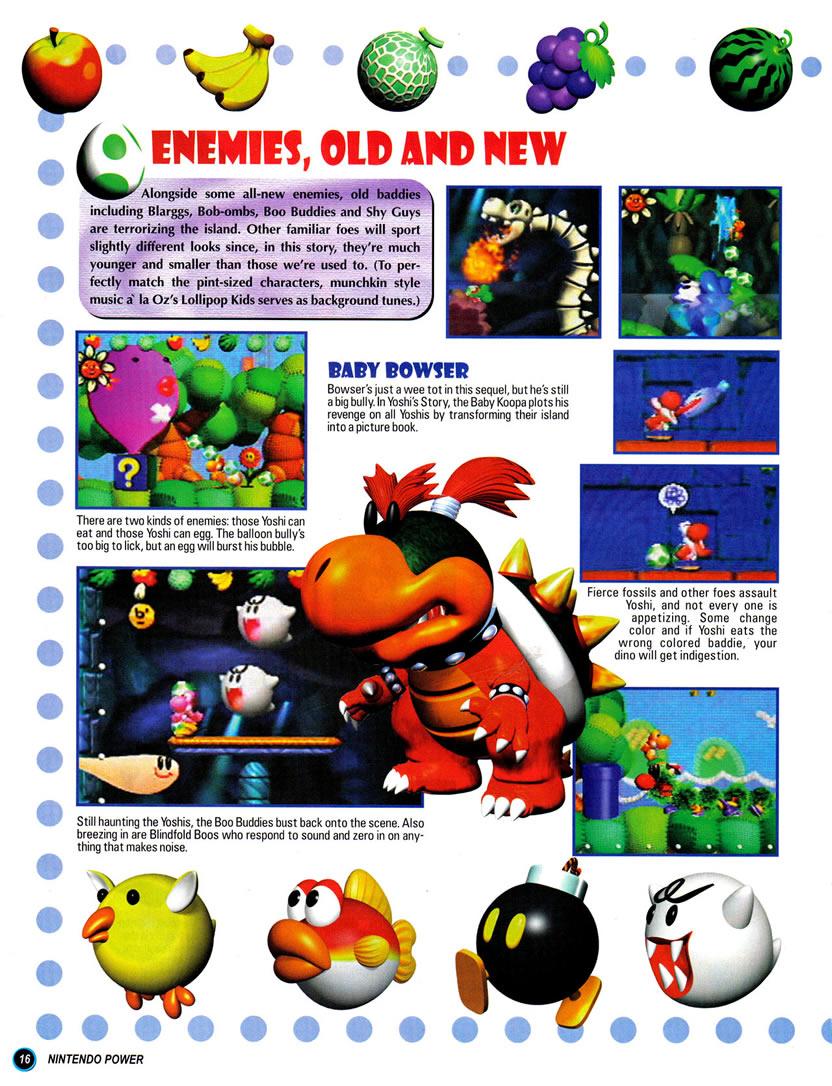 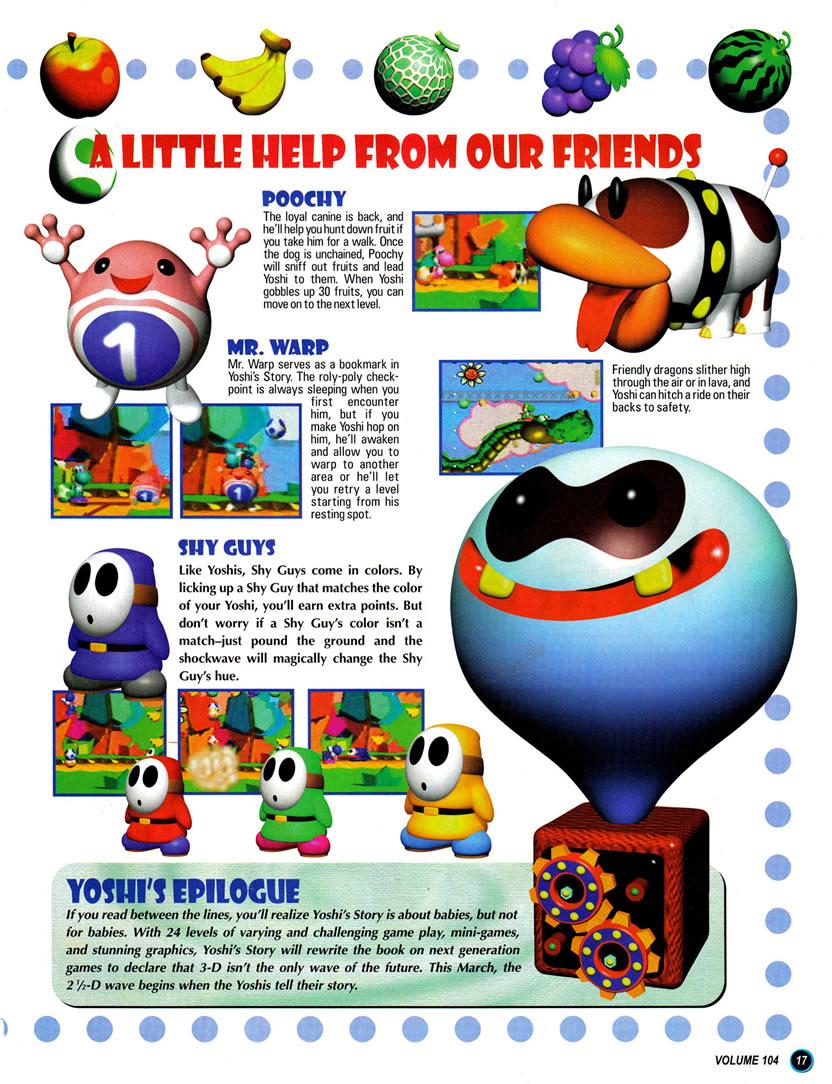