This preview of Yoshi's Story for the Nintendo 64 was originally published in September 1997.

Yoshi's first solo appearance for the N64 is scheduled for the end of the year, but Mr. Miyamoto recently shared some secrets with Nintendo Power for this sneak preview. We still don't know a lot about this sequel to Yoshi's Island, but the more we see and hear, the more excited we get. 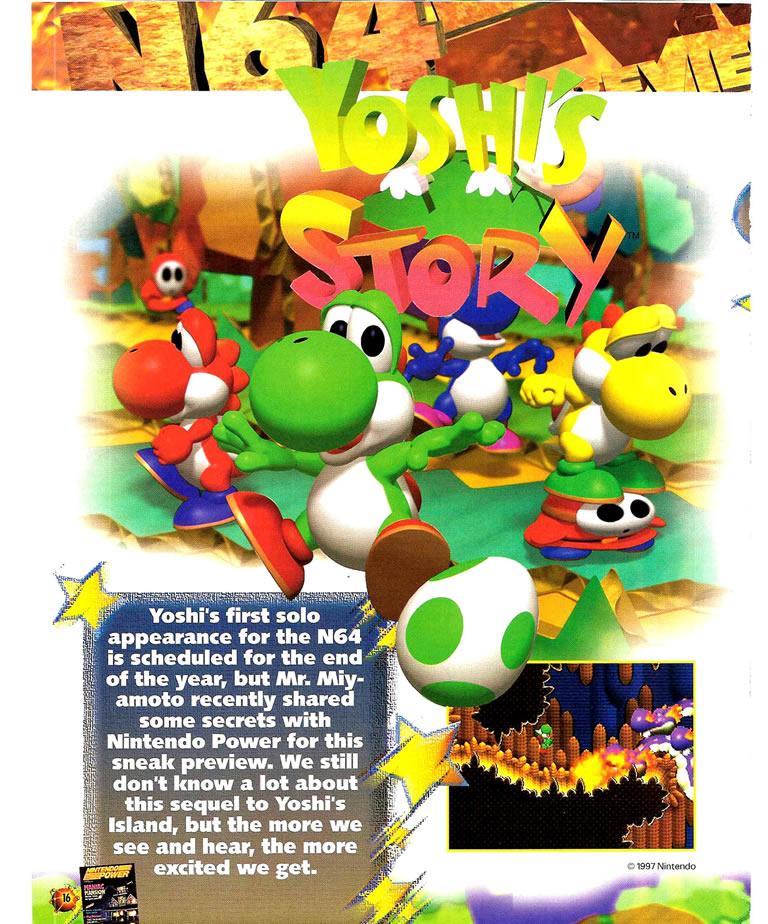 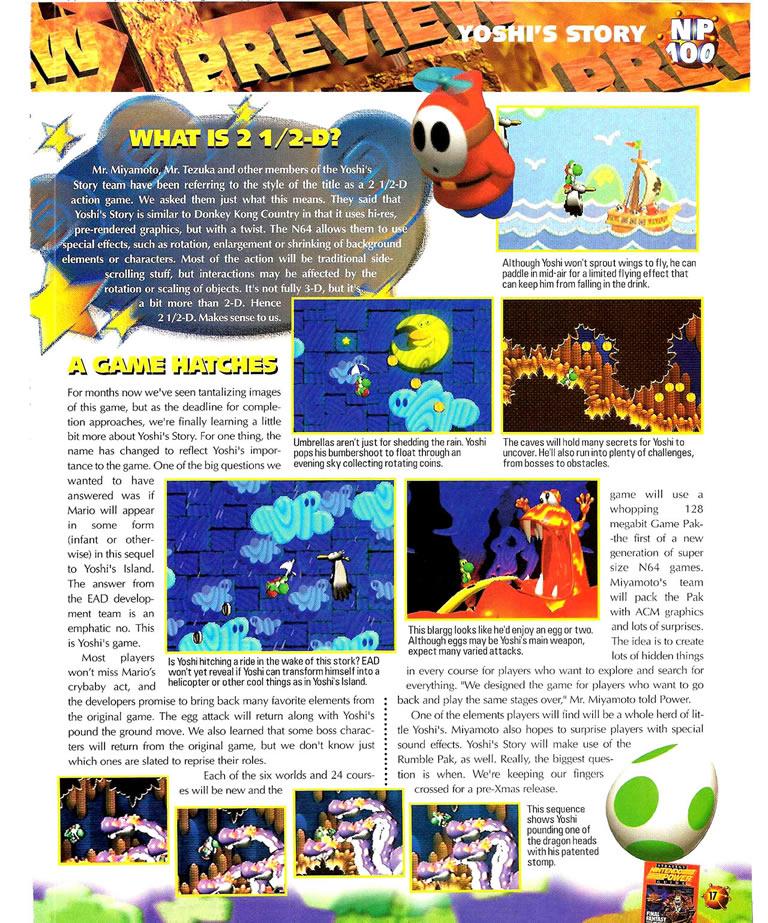