Donkey Kong Jr. (NES) The plight of one young ape to save his father
Login

Donkey Kong Jr. (NES) The plight of one young ape to save his father

Donkey Kong Jr. is a game on the Nintendo Entertainment System that looks a lot like an improved version of the original Donkey Kong and acts as it's sequel. This time, though, it is up to Donkey Kong Jr. to save his father from 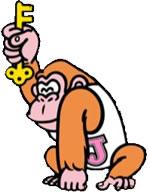 being imprisoned by a victorious Mario. This game is interesting to say the least, mostly because it is the only game in which Mario appears to be the antagonist. Our red and blue friend (well! depending on which version of DK you are playing, he appears to wear a pink maternity dress in one of the Atari versions!) is holding Donkey Kong Sr. hostage in a cage at the top of the platform, and you have to take Donkey Kong Jr. to the top of the platform to set him free.

After defeating Donkey Kong in the original 'Donkey Kong' and becoming sick and tired of the infernal ape's paws being all over his girlfriend, Mario has took his revenge and captured Donkey Kong in a cage. DK's only hope for escape comes in the form of Donkey Kong Jr.

In this game the player controls DK JR and Mario is the enemy. Jump across platforms, climb vines and avoid the traps and enemies which have been unleashed by Mario on your route to rescue Donkey Kong! There's no time for Monkey Business, get those keys back off Mario to rescue Donkey Kong from his cage.

The gameplay of Donkey Kong Jr. is remarkably similar to the earliest Donkey Kong game. You take control of Donkey Kong Jr. and have to dodge obstacles that are set out by the (nefarious?) Mario in order to reach the top of the platform. The majority of the game play involves timing jumps from platform to platform, or across a series of hanging vines, in order to successfully navigate the level. As Donkey Kong Jr. you have the ability to run left or right, jump, and grasp hanging chains, wires, and vine to get across the level. On each one of the stages are a series of locks that must be activated in order to release dear old dad. Along the way, you have the option to slide off vines with ease or even use two vines together to climb to the top even faster. Using these abilities, you have to use Donkey Kong Jr to battle Mario, but he has some tricks of his own.


There are many different ways that you can lose lives while trying to free your dad. If you touch an enemy or one of the projectiles that are flying across the level, then you will lose one of your precious lives. If you manage to fall off of a vine or miss a jump and plummet, you will lose a life. If you manage to lose all of your lives, the game will end and you will have to start the quest to save your dad all over again. 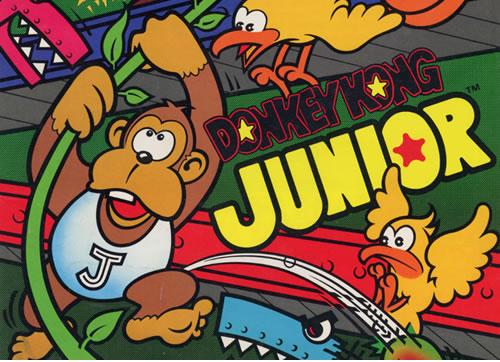 There are not many main characters in this game, but they are all familiar faces. 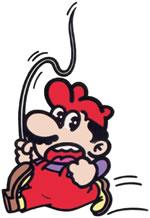 This game has been one of the most heavily ported to other systems throughout its incredibly popular lifespan. It made it onto just about every Atari system, a stand-alone handheld version, the Nintendo Wii, and the Nintendo 3DS. Since the game has been immensely popular and is well-known for its addictive gameplay, it has made it onto just about every mobile device created by Nintendo.

The Donkey Kong Jr. character has managed to appear in many other games since his successful defeat of Mario. He made his first appearance in Super Mario Kart on the SNES. Since then he has appeared in many of the Donkey Kong Series games, and has lately been seen in the Super Smash Bros. games where he rampages through his enemies with as much anger and skill as can be expected from him.

Due to the fact that Donkey Kong Jr. was such a commercial success, it was ported onto many different systems. Here we will take a look at some of the different places that you may have seen Donkey Kong Jr. through the years.

Arcade Version
Since the arcade version of the game was not as restricted by memory as the other versions, it was easier for the game to include many different features not seen in other ports. The arcade version has fuller colors and more pronounced sprite shapes than the Atari and NES versions of the game. The music in the arcade version has several more variations on the song that plays during the levels, changing at higher levels. Also, in the beginning of the game, there are two Marios seen taking Donkey Kong away in his cage. Perhaps a hint at Luigi in the future.

Atari 7800:
Donkey Kong Jr. was one of the most requested ports from the arcade mode onto the Atari system. While it is very similar in looks and colors with the arcade version of the game, it was noted that the sounds that were played throughout, music including, was much lower and generally weaker than on other systems. This is due to the limited capabilities of the Atari 7800 system.

Nintendo Entertainment System:
Donkey Kong Jr. on the Nintendo Entertainment System was one of the first widespread successes of a fledgling video game franchise, and served as a link between the growing Mario brand and several other favorite characters. It was released along many others as a part of the Arcade Classics Series. The NES version did have some notable differences including sounds that were almost exact to the arcade version of the game. Also, the ending of the game changes from the arcade version to the NES version. In the final part of the arcade game, Mario and Donkey Kong Sr. fall from a high platform, but DK is caught by his son and Mario hits the ground. He stands up to chase after them before being swatted off into the sunset by DK. In the NES version, Mario simply falls from the building to save memory space on the game.

Nintendo 3DS:
The Nintendo 3DS version of Donkey Kong Jr. was ported onto the online shop for the Nintendo market but it was met with mixed reviews. While the game was slightly polished and the edges on the sprites were less pronounced, there were few other changes to the game. There was some talk about introducing save points into the game so that the player could amass high scores, but that did not happen. This game did include the full introduction, with two Marios, and the full ending scene that includes Mario getting hit off into the distance.

Game And Watch:
The modern game and watch version of Donkey Kong Jr. had many differences compared to the others. It came in a fully-colorized game that included night time playing and all-new enemies such as Goombas, Nipper Plants, Spines, and the famous Bullet-Bills. It is a great mobile version of the game and features updated graphics that breathe new life into the classic game.

On the Saturday Supercade television bloc that aired in the mid-eighties, Donkey Kong Jr. had a short television show as well. The show was based on Donkey Kong being on the run from Mario, and his son trying to catch up with him. Although this was a sad premise, Donkey Kong Jr. still met with many different friends that helped him get by on the way to find Donkey Kong Sr. 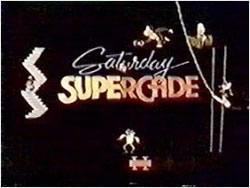 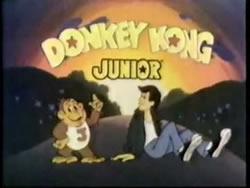 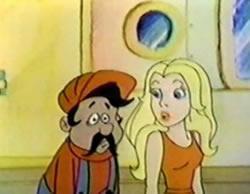 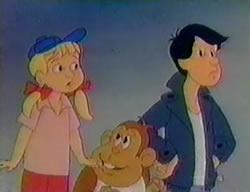 The intro for the Donkey Kong Junior cartoon

One of the first world records that was set for the Donkey Kong Jr. game was for 957,300 points all the way back in 1983. From there, the record remained stable until 2008, when it was beaten and then beaten again for two years following. At the current time, the world record is 1,307,500 which is held by Mark Kiehl. (check out this interview with Mark Kiehl when he won the DK JR title)

A TV commercial for the Donkey Kong Jr. breakfast cereal!

A TV Commercial for the Colecovision version of Donkey Kong Jr, from way back in 1983

Another TV commercial for the Colecovision version of Donkey Kong JR aired in the USA.

The game was positively received by many game reviewers, and was even ranked on the Killer List of Videogames as one of the best and most influential titles of its time. It was also one of the first games to be featured in an arcade videogame tournament setting back in 1983. The game was so popular that it has spawned a number of remakes and ports onto other systems as people continue to battle Mario.

There are many facts about the game that are almost as interesting as the game itself!