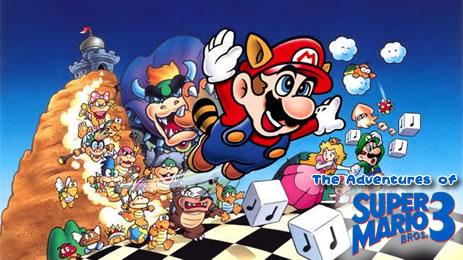 Want to watch classic episodes of the Adventures of Super Mario Bros. 3 TV Show - you've come to the right place. Simply scroll down to the episode you'd like to watch and click its title. The episodes are arranged in the order they were released.

Videos by the cartoons creators explaining the concepts and traits of major characters from the series including: Toad, Princess Toadstool, Mario, Luigi and The Koopa Kids and King Koopa himself and a video introducing "The Marios" and "The Koopas".

The playlist will play from Episode 1 to Episode 26 in the order they were aired, and then all the bonus material will follow that, but remember you can skip to the episode of bonus feature you like at any time by clicking Playlist from the top left of the video player, and clicking on what you'd like to watch.

Enjoy these classics and if you like them please consider subscribing to our YouTube channel dedicated to Mario & Luigi - we often add new bonus features, cartoons, animes, as well as videos of the latest games and walkthroughs.