From Nintendo Power magazine vol. 33 published February 1992 - This was the second of twelve parts. Illustrated by Charlie Nozawa, story by Kentaro Takekuma, copywriter Leslie Swan of Nintendo of America.

In the last episode, Mario and Luigi were attempting to repair the palace plumbing when pipes began popping up all over the place. Finally, a monstrous pipe appeared in the palace garden, and from it emerged that diabolical deadbeat, Bowser. 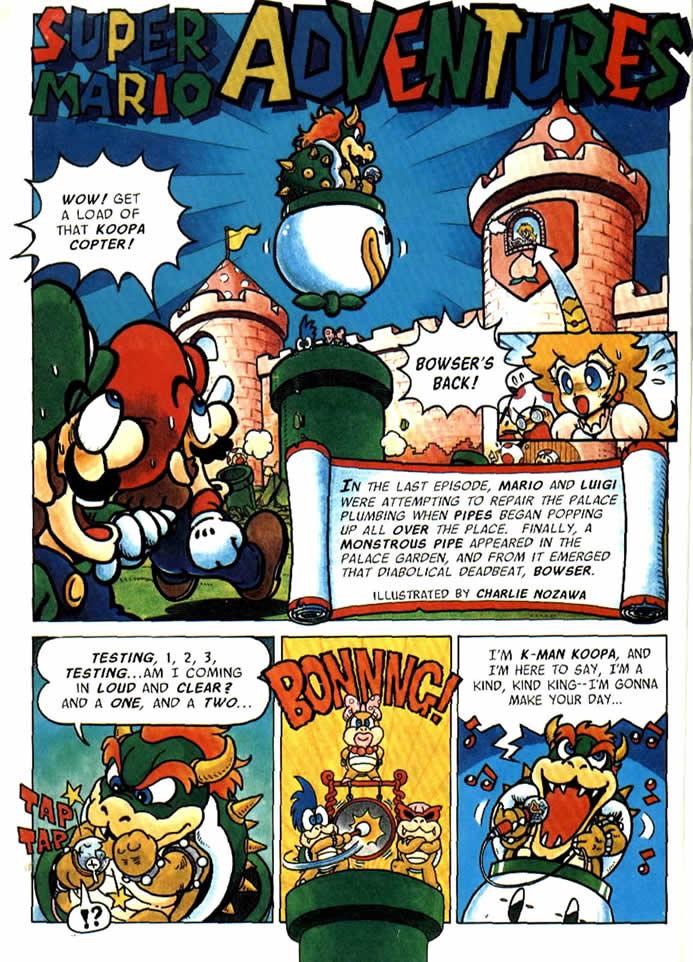 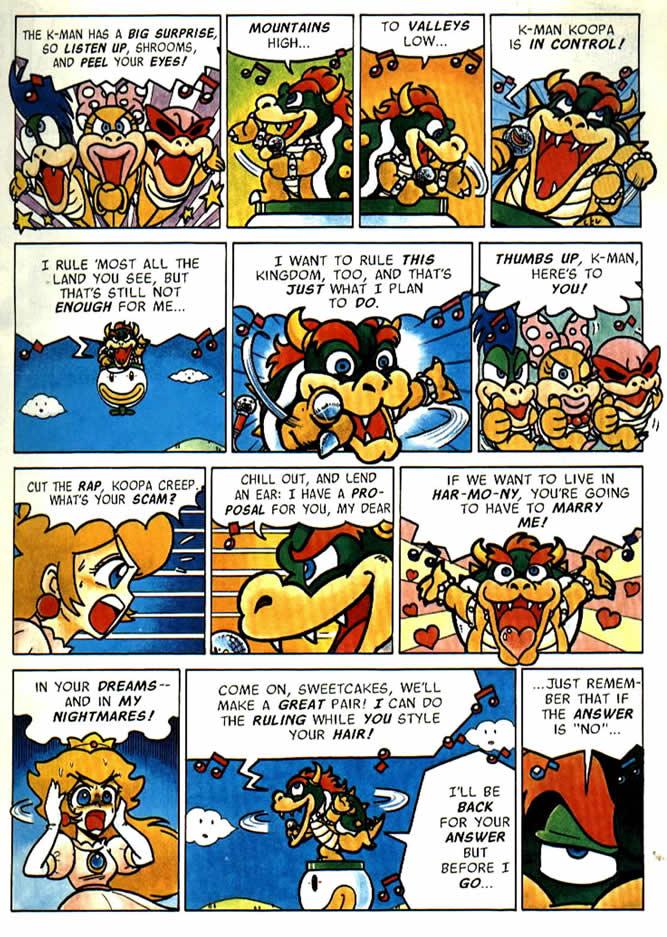 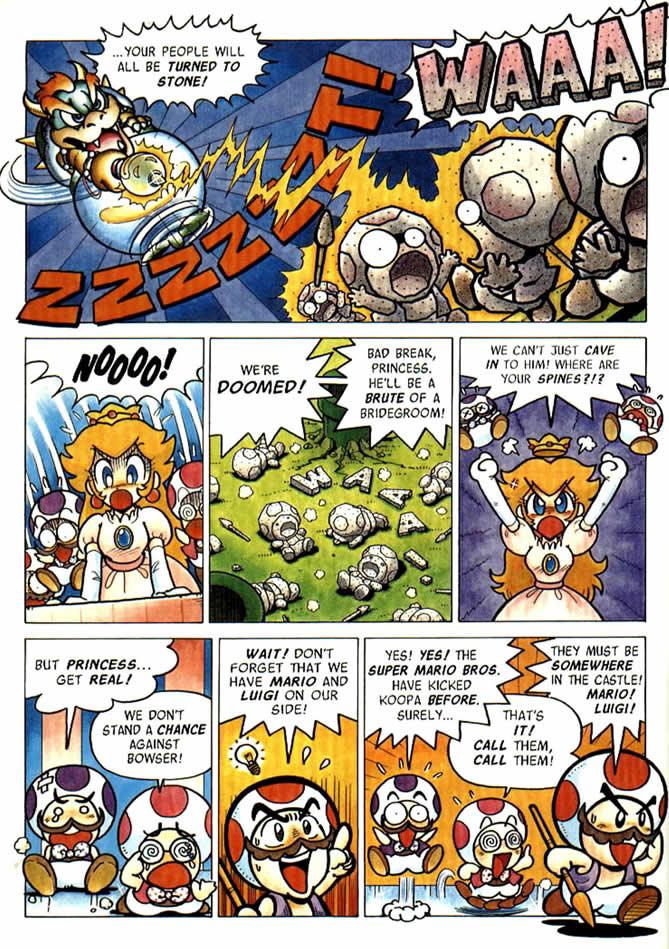 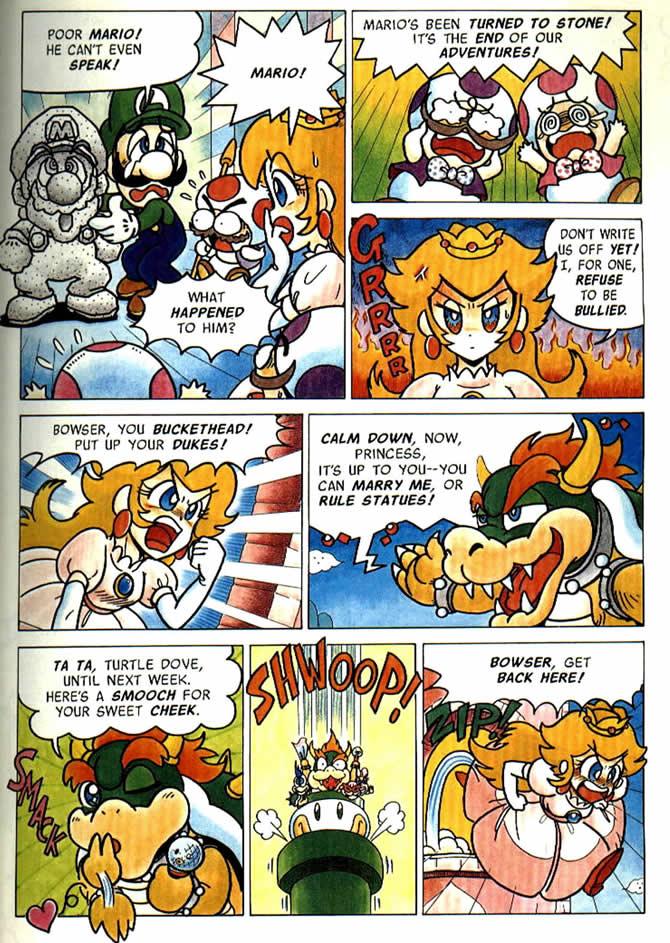 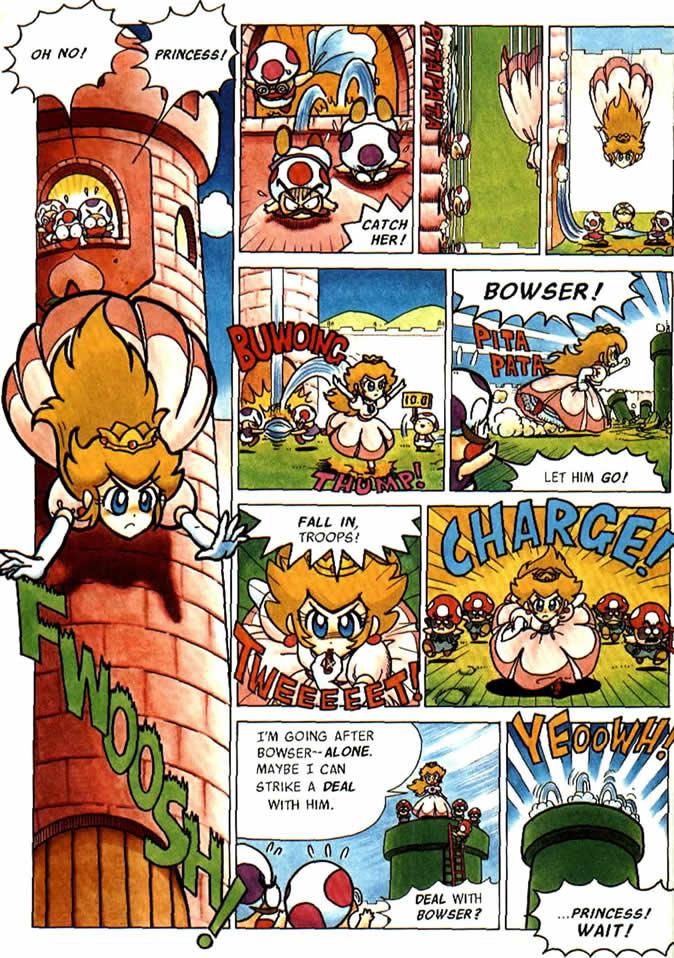 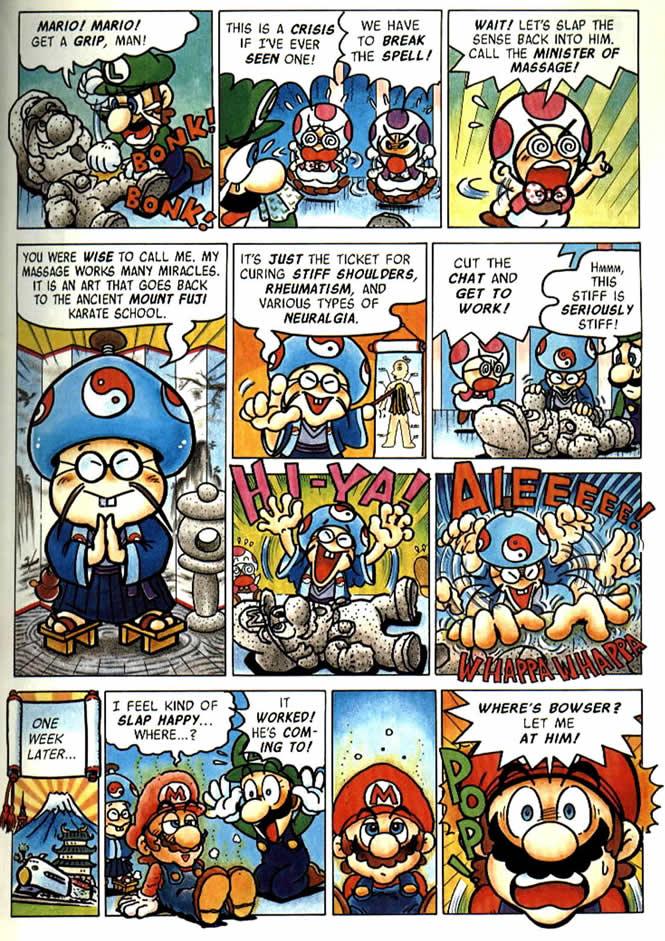 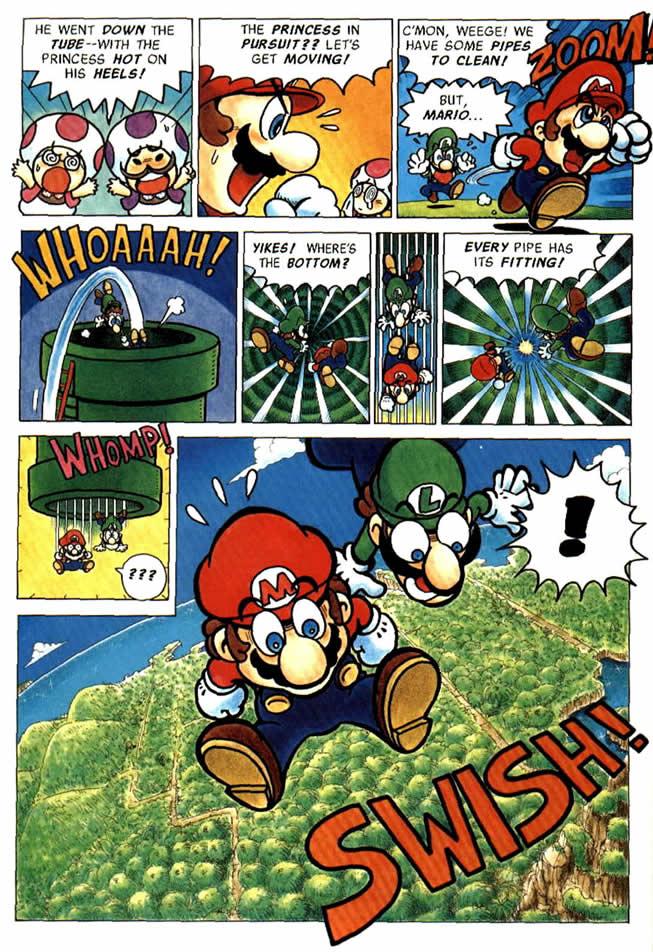 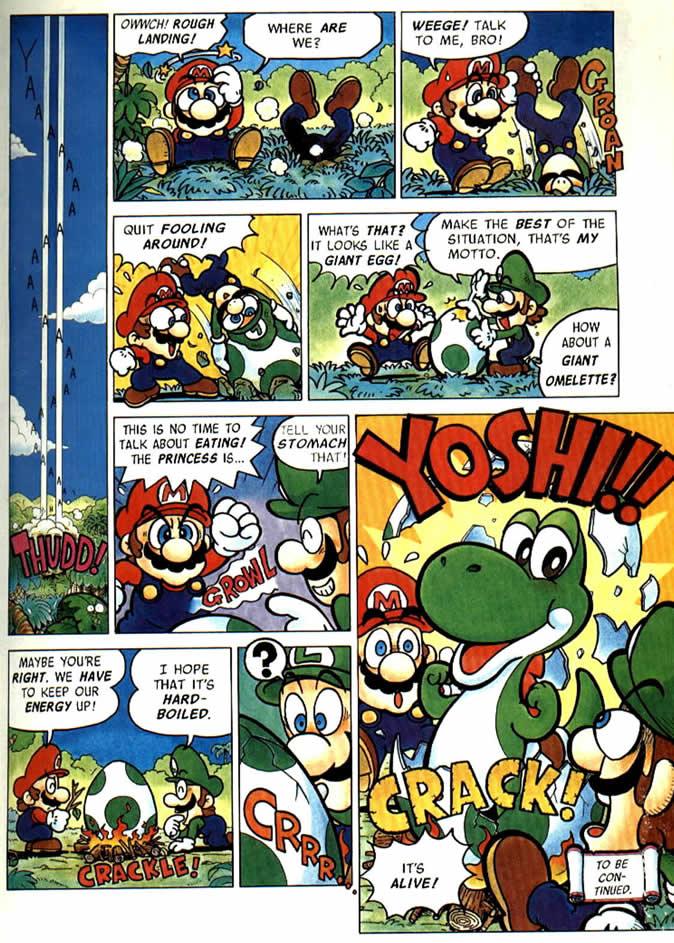