This is one of a series of titles featuring Luigi in a starring role to continue the celebrations of the 2013 Year of Luigi.

So Mario and Luigi begin their epic and humorous adventure in the resort of Pi'illo Island (see what they did there?) a place formed and shaped from Luigi's subconscious - where if Luigi can dream it, it can happen!

All the obvious characters from the Mario & Luigi series of games will be present including the Toads, Toadsworth, Peach and of course Mario and Luigi plus a whole host of new characters good and bad. Bowser and Yoshi are also present. New characters include:- 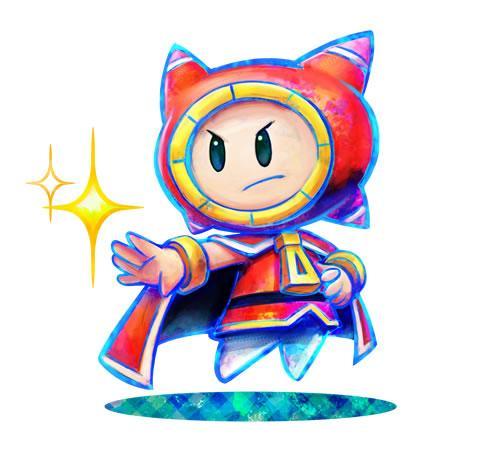 The setting for the game is Mario, Luigi, Princess Peach and the Toads being invited on vacation to Pi'ilo Island to finally relax after their continued attacks from Bowser amongst other foes. Tired from his journey Luigi decides to take a nap shortly after arriving to the island, he sleeps on a special pillow which has magical powers and opens a portal to the Dream World in his subconscious; meanwhile Princess Peach has been kidnapped again - standard, but to compound problems for our heroes the Pi'illo people, the inhabitants of Luigi's dreamworld resort have also been captured - by the evil bat-king; Antasma and of course Luigi feels quite obligated to assist Prince Dreambert of Pi'ilo free his people... Looks like the bros. have their work cut out for them.

Their are two important items in Mario & Luigi: Dream Team which could change the fate of our heroes; the Dream Stone and the Dark Stone. The dark stone was actually broken into fragments by Antasma, and its fragments were used to petrify (Freeze) the Pi'ilo inhabitants.

A pre-release video explaining Mario & Luigi: Dream Team and giving some background on what the game will be about.