In the sequel to the Gameboy's "Yoshi" title, Mario and Yoshi have set aside their adventures to live the simple life of cookie-factory workers... but all is not well in their factory. The ovens have gone crazy and are firing out baked goods and cookies at a 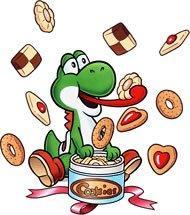 rate similar to that of most high end machine guns. Mario and Yoshi have got a job on their hands now! Sort and stack all the cookies and treats quickly before the piles get too high.

Line up a row of the same type of cookie to make them all disappear (it works horizontally or vertically), the game will continue with you clearing screens and moving onto the next stage where the cookies will pile up even faster. This game features 10 rounds, each with ten different stages for you to contend with.

There are three available game modes for Yoshi’s Cookie: VS, Action, and Puzzle.

The VS. Mode consists of 1 player or 2 players VS the computer. There are four different playable characters: Mario, Yoshi, Peach, or Bowser. The premise of the game is that each player must keep their fuse lit and burning higher than the others to prevent it from burning out and having all of the player’s pieces go away. Keeping the fuse lit at a reasonable level is made possible by clearing rows of 5 of your opponent’s pieces in the game. There is a certain degree of luck that is possible in this version, as clearing a row of 5 Yoshi’s cookies will generate a specialty move at your opponents’ expense. Some examples of these special features would be taking over your opponent’s field of play or obscuring their vision of their blocks on the screen.

Action Mode of “Yoshi’s Cookie” is a game mode that is played through 10 levels, with 10 stages in each level. Prior to starting each game, the player is able to select the round in which they want to play as well as the difficulty and even the music. As you play through the levels, you are rewarded with small cutscenes of Mario’s antics. Once you finish the 10th stage of the 10th level, you can unlock new levels up to level 99. The difference is that the game is no longer populated by cookies, but instead features a variety of Mario’s enemies. However, you still get the bonuses from Yoshi’s Cookies.

Puzzle Mode is the least complex mode that is offered, with the goal of clearing each level with a limited amount of moves. There are various levels of difficulty offered, from fairly easy puzzles to very difficult ones.
The “Yoshi’s Cookie” game that is included on the Nintendo Puzzle Collection integrates story elements into the game. It begins with Mario and Yoshi passing out after a hard day of working on cookie deliveries, and the nefarious Bowser coming to steal their cookies. There are three difficulties offered by this version, with the first five stages of each having different opponents.

The final two stages of each game mode have the same enemies, but retain their individual difficulty. In the 6th stage, the player faces off against Thwomp and then Magikoopa. The 7th Stage pits the player against Bowser himself, where they must win three out of the five rounds in order to win.

Essentially, the goal of the game is to establish chains of cookies in a row to gain points. If the player gets a combo and the remaining blocks form another combo, then it results in a chain. If the player gets two combos at a time, this forms another chain. For every chain that is formed in Yoshi’s Cookie, the player doubles the points that are earned. It progresses as Points x2, then x4, x8, and continuing as long as chains and combos occur.

“Yoshi’s Cookie” was developed on the SNES under the original title “Hermetica”. However, Nintendo bought the rights to the game for versions that would be compatible on their Gameboy, and NES, eventually developing the game in the incarnation of “Yoshi’s Cookie” that has become beloved by fans. The game developers integrated all of the familiar Mario faces, and the game was on its way to becoming a hit. The games were released in Japan in 1992, and then the rest of the world in 1993.

Yet, the company that originally developed the game, Bullet-Proof Software, kept the rights to the SNES game which prompted Nintendo to license their Mario characters and give them access to the “Yoshi’s Cookie” brand. Using game designers that worked on such titles as “Tetris”, the game was finished and released in 1993 in Japan and the United States, followed by Europe in 1994.

The Nintendo Puzzle Collection on Gamecube featured a complete re-release of “Yoshi’s Cookie” as well as the famous “Dr. Mario” and another game depending on the release region.

The NES version of “Yoshi’s Cookie” was re-released on the Wii in 2008 as part of their virtual Console. 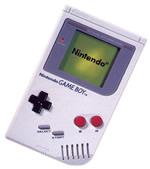 Yoshi's Cookie (Game Boy)
The Game Boy version of Yoshi’s Cookie was released as part of a dual launch with the NES version of the game. While they both featured the original three forms of game play, individuals on Gameboy were at an advantage in the form of the amount of players that could compete against one another in the VS mode. With a four way adapter and some comfortable seats, you could try to best three friends at once.

Yoshi’s Cookie (NES)
The NES version of the game was remarkably similar to the Gameboy version except for two notable differences. First, the NES was able to be played on a much larger screen and even featured some

colors that made it easy to differentiate between the cookies. Secondly, the game was only able to support two people at a time in the VS mode. Overall, this version received a great deal of attention until the game was ported over to the SNES.

Yoshi's Cookie (SFC/SNES)
The SNES version of the game has the same form of VS mode and Action mode as its predecessor. However, there are some notable differences available between the old and new versions. First, the graphics are vastly improved, and infused with rich colors that make the game much more aesthetically pleasing than the early versions of the game. The design for Yoshi is another important difference, evolving from his NES incarnation into one that is more similar to the one seen in Yoshi’s Island.

Two of the other differences that made this version notable are the Puzzle mode introduction in this game. Here, you would have to use strategy in order to clear the cookies from the play area with only a limited amount of moves

available. The SNES version of the game also introduced a VS mode that could allow the player to compete against the computer. This was a great move because it opened one of the most competitive versions of the game to people who did not have anyone to play against.

Nintendo Puzzle Collection
The Nintendo Puzzle Collection features a collection of three puzzle games including Yoshi’s Cookie. This incarnation of the game is most notable for its complete graphics redesign and overhaul, giving the game a beautiful mixture of colors and designs that enhance the video games. Another one of the best parts about the game is the fact that it came bundled with a cable that would allow the buyer of the game to download more simplistic versions onto their Game Boy Advance.

This version of Yoshi’s Cookie also introduced a new Story Mode that featured Mario and Yoshi on a quest to get Princess Peach’s cookies back after they were stolen by Bowser on her birthday. You will face off against many familiar enemies during this version, bringing back old faces and putting them in the new game. 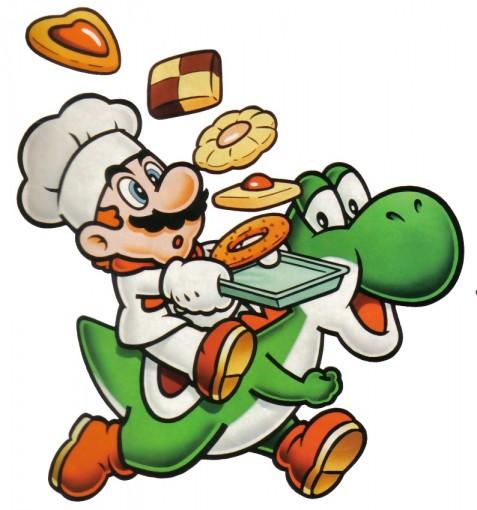 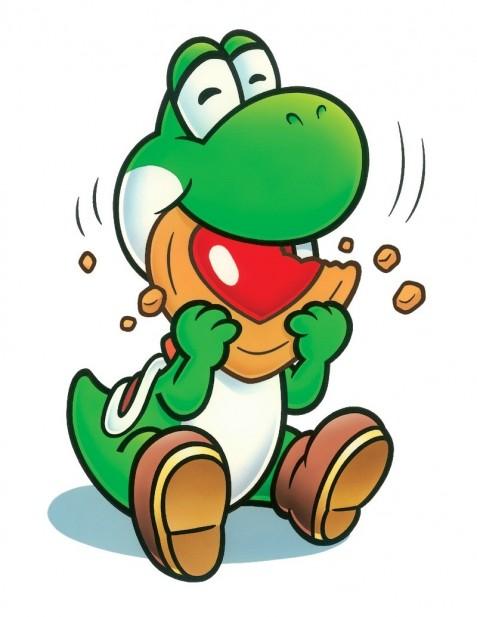 Yoshi's & Mario Cooking up trouble in Yoshi's Cookie for the Gameboy