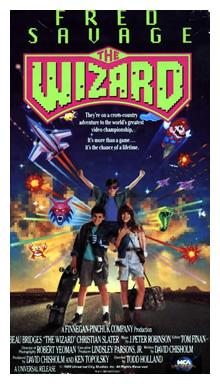 A cross country adventure to the worlds greatest videogame championship. It's more than a game.. its the chance of a lifetime... (and the chance for 50,000 USD)

OK so I had heard of this film about 10 years ago; and even that was many years after this was initially released in America in 1989. Maybe it wasn't big in the UK, or maybe I just wasn't too hot on new film releases when I was four years old, but I didn't get to see it when it was new. Last night I watched this movie for the first time.

Something is up with the younger brother Jimmy who doesn't talk much and is always picking up his little yellow box and walking off in no particular direction. Keeping the pressure on the local police who are always having to bring him home. Eventually Jimmy's mother and stepfather opt to send Jimmy to a care home (aka mental hospital) for "treatment" for his condition.

It turns out later in the movie that Jimmy is the way he is since his twin sister Jennifer who he used to always spend his time with drowned in front of him near the river.

Hearing the news that his little brother has been sent to this hospital, his older brother Cory comes to bust him out of the hospital and the pair begin their adventure. The pair stop at an arcade and Cory notices that Jimmy gets a crazy high score on Double Dragon, he gets Jimmy to play some more video games and realises that the guy is a Wizard (hence the title).

On the way they bump into a girl called Haley at the bus station who also recognises Jimmy's talents and because she missed her bus she had no choice but to accompany the two on their adventure - Haley was key to the idea to enter Jimmy into the videogame competition where they could win $50,000 dollars on the condition she could take a cut.

As the trio are en-route to Los Angeles, CA to enter the videogame competition however they are being pursued by two parties

Along the way Bateman has numerous run ins with the Woods pair, they smash up his car, he deflates their tires and gets his truck towed etc.

Meanwhile on their journey they encounter one character called Lucas who is renound by all the local kids at the arcade as nothing short of "awesome" for his gaming abilities. So the three challenge Lucas to a game, Lucas pulls out the POWER GLOVE and shows his madskillz, Jimmy gets a bit nervous and leaves - the confidence is knocked.

After this Cory and Haley spend time studying every possible videogame secret and tip (a lot of which they got from Nintendo game advisers) so that the Wizard is the best he can be in the videogame comp.

Eventually after a long string of events and one hell of an epic journey the two chasing parties, Jimmy and Haley all end up in Los Angeles just in time for the videogame competition. 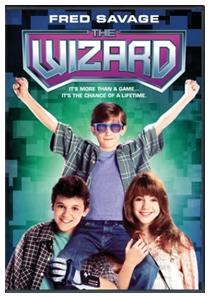 As expected one of the first people they see there is Lucas. Jimmy makes it to the final (despite being chased around by Bateman) along with Lucas (who didn't see that coming) and another girl.

Then the Videogame masters throw something into the mix that no one expected - a new game. Super Mario Bros 3 and whoever of the three finalists has the highest score at the end of the 10 minutes is crowned the winner and awarded the cash. After a tense 10 minutes with Jimmy trailing behind after losing two lives, he finds a secret warp whistle and wins at the last second. (in front of his mother, elder brother, father, stepfather and the bounty hunter).

Everyone is then on the way home after the competition. Jimmy, his mother and stepfather in one car, Haley and the rest of the Woods family in the other car.

On the way back Jimmy see's some tall statues of dinosaurs on the side of a California road and makes them pull over; Cory notices this and tells his dad to pull over also. I had actually written a bit more on what happens after that but don't want to really ruin the entire film for someone who hasn't seen it. 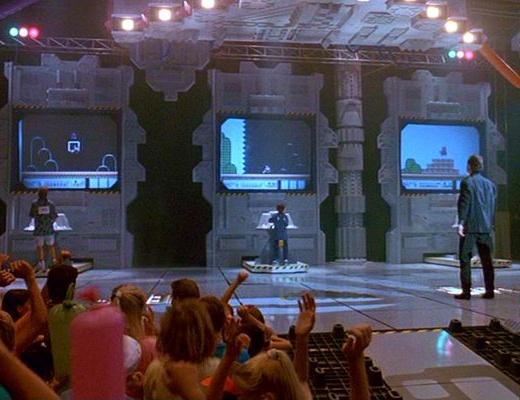 So why is that important? why have I posted this on superluigibros.com? Well as we are aware as Mario/Nintendo fans Super Mario Bros 3 is argued by many to be the Jewel in the Mario crown, the greatest example of Mario ever - whether or not that's actually true its undeniable that its certainly up there with the best of them.

Super Mario Bros was extremely popular because it was groundbreaking, it did things which other games hadn't done before and it made it wildly successful. A relating question, in 1989 how many brand new (and in this case already very anticipated after the success of its predecessors) videogames had been shown on the big screen prior to the games release? I can think of no examples personally.

It's my belief that The Wizard did play a hand in making Super Mario Bros. 3 EVEN more popular than it would've been for simply that reason - a new videogame had never been unveiled in such a way on the big screen before - if that didn't significantly increase the hype surrounding the release of the newest Mario title of the time & boost sales in quite an impressive manner, I'll buy a hat, and then I'll eat it.

This is not to take away from the fact that Super Mario Bros. 3 was in itself a groundbreaking monument of platform gaming and a legend completely in its own right - but something to think about.

If you haven't seen this movie, I'd strongly recommend checking it out. I only really watched it from a research point of view after hearing it mentioned on various Mario forums/communities occasionally over time and I always wondered what it was, but The Wizard is in its own right actually quite a good watch... did I cry? errr no... of course not.

If you'd like to see a bit more NES gameplay in The Wizard, check out the video below - which highlights NES related errors from the movie!