Yoshi's Woolly World is a textile based platformer for the Wii U starring everyone's favourite Dino pal, Yoshi.

The original rumours were that this game was going to be called Yarn Yoshi or Yoshi's Yarn or something of that ilk.. fortunately it's not QUITE that bad! Anyway check out the screenshots below which were released on the 10th of June at E3 2014. You can click for full resolution images. 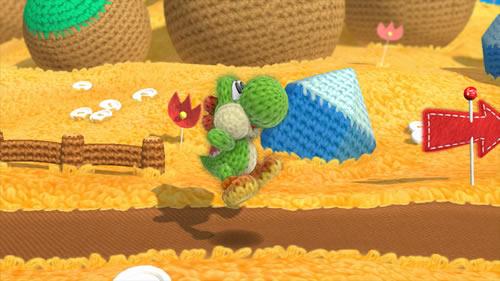 Yarn Yoshi, the brave hero of the textile world. 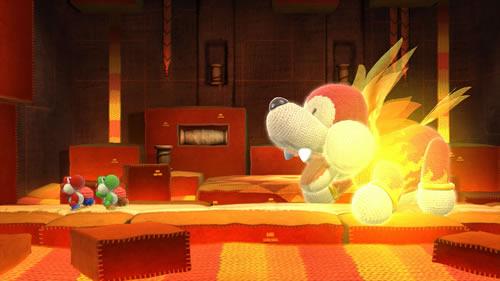 A pair of Yarn made Yoshi's armed with what appears to be balls of Yarn are ready to take on some sort of Yarn Beast... I have absolutely no idea what happens when Yarn takes on Yarn but I'm going to assume its gruesome. 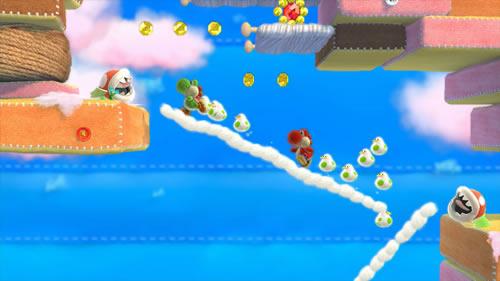 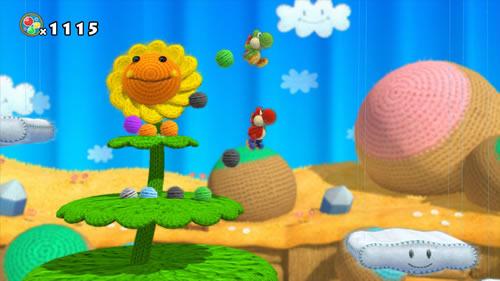 Red and Green Yoshi's and balls of multicoloured wool next to a big woolly sunflower. 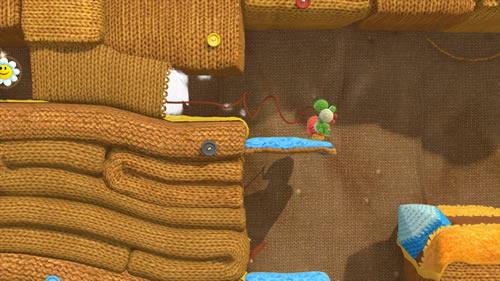 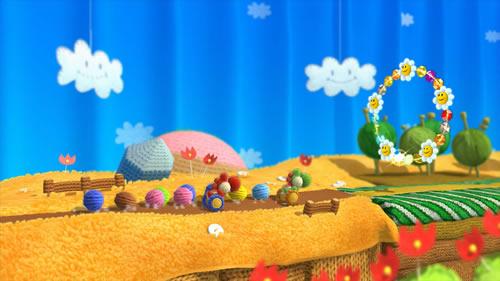 The background of this sunny hillside appears to be made out of curtains? 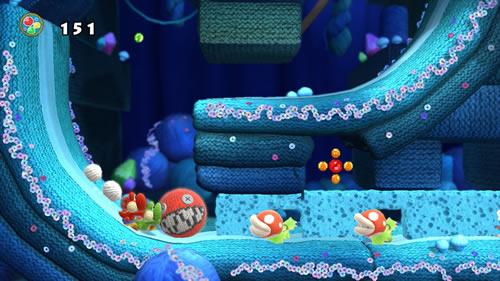 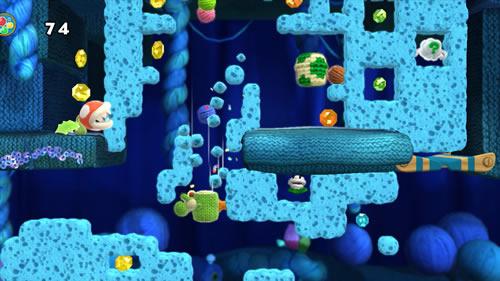 Yoshi using what appears to be a transformation of some kind like in previous Yoshi starring adventures. 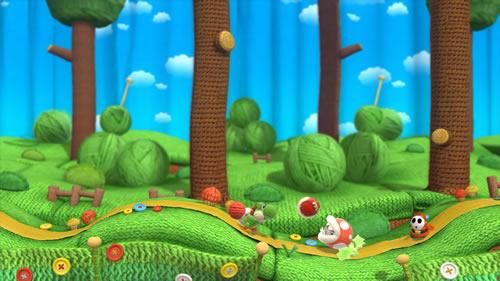 Yoshi brings a Piranha Plant down a peg or two as a Shy Guy watches on looking bewildered. 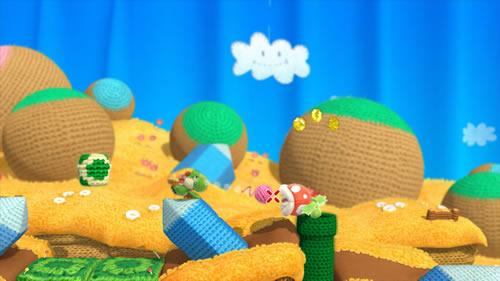 Choke on it!! Choke on my wool!