From Nintendo Power magazine vol. 43 published in December 1992. This was the final of twelve parts. Illustrated by Charlie Nozawa, story by Kentaro Takekuma copywriter Leslie Swan of Nintendo of America.

Last month, Bowser hired a hypnotist to tame a pack of Yoshis and brainwash the Princess so she would marry him. Meanwhile, Mario and Luigi were picking their way through a perplexing network of pipes, trying to find the path to the palace. They arrived just in time to witness the compliant Princess pledge her love for Bowser?!!? Can it be ??!! 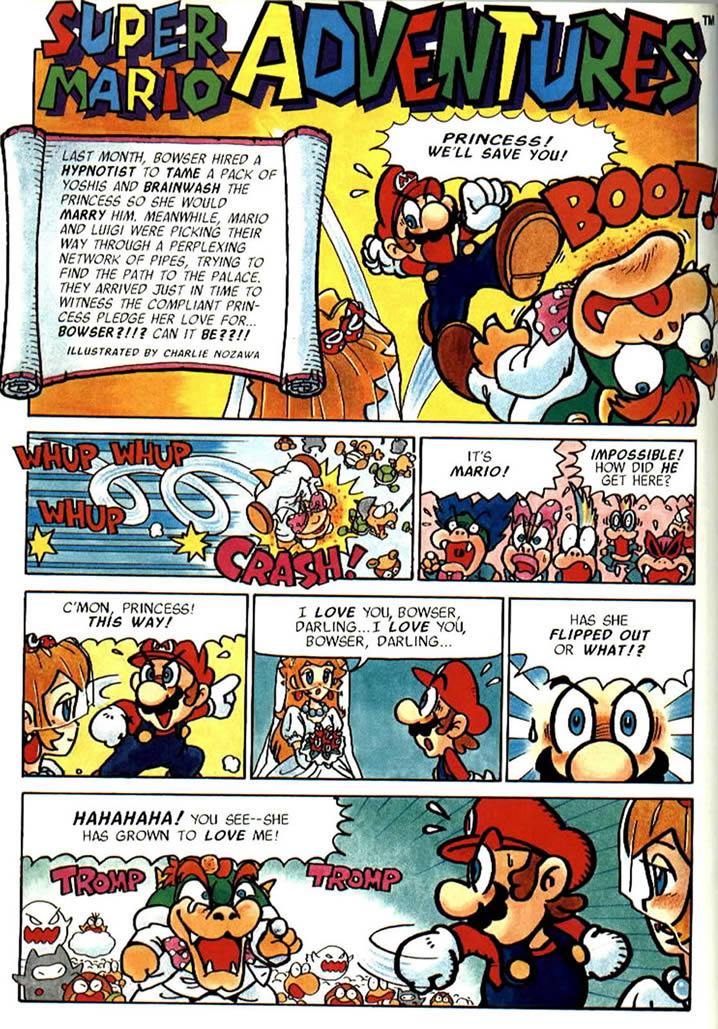 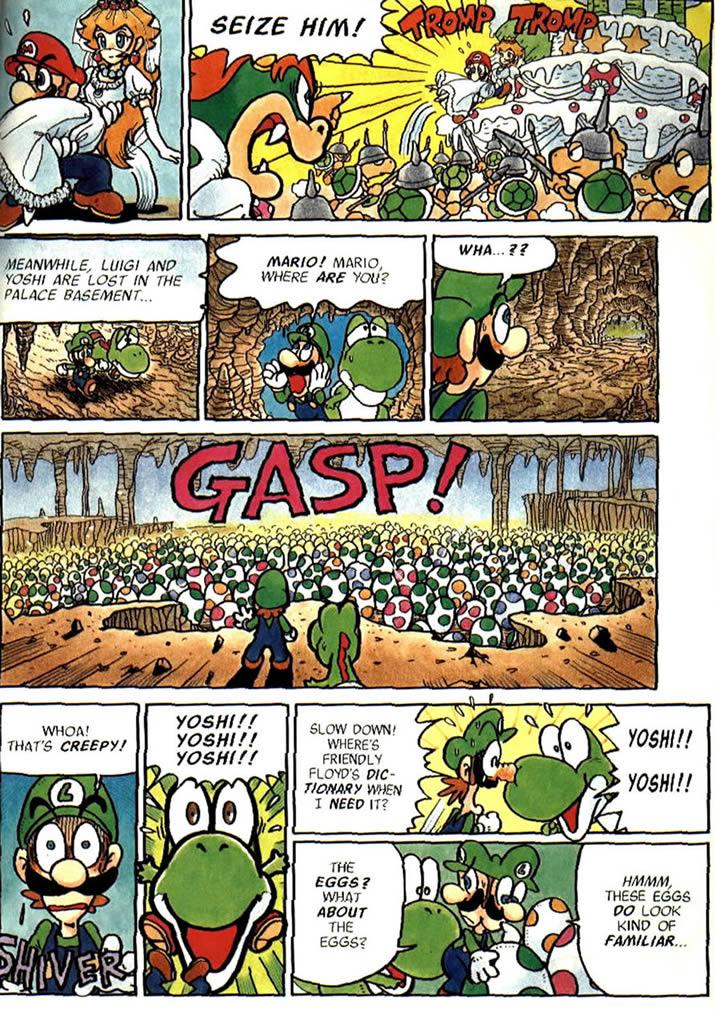 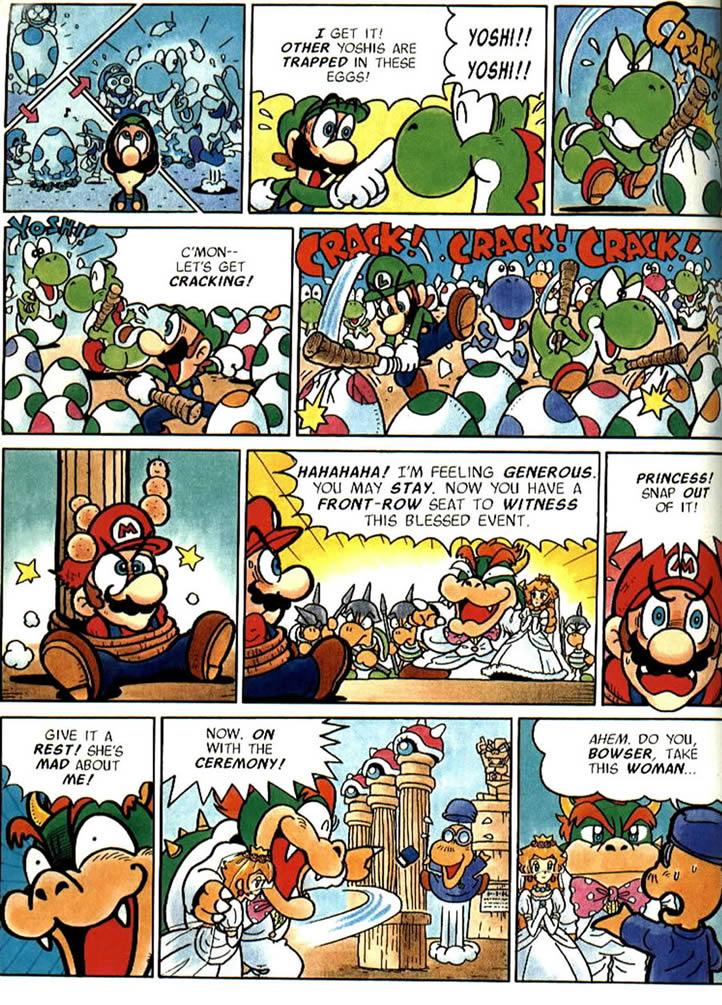 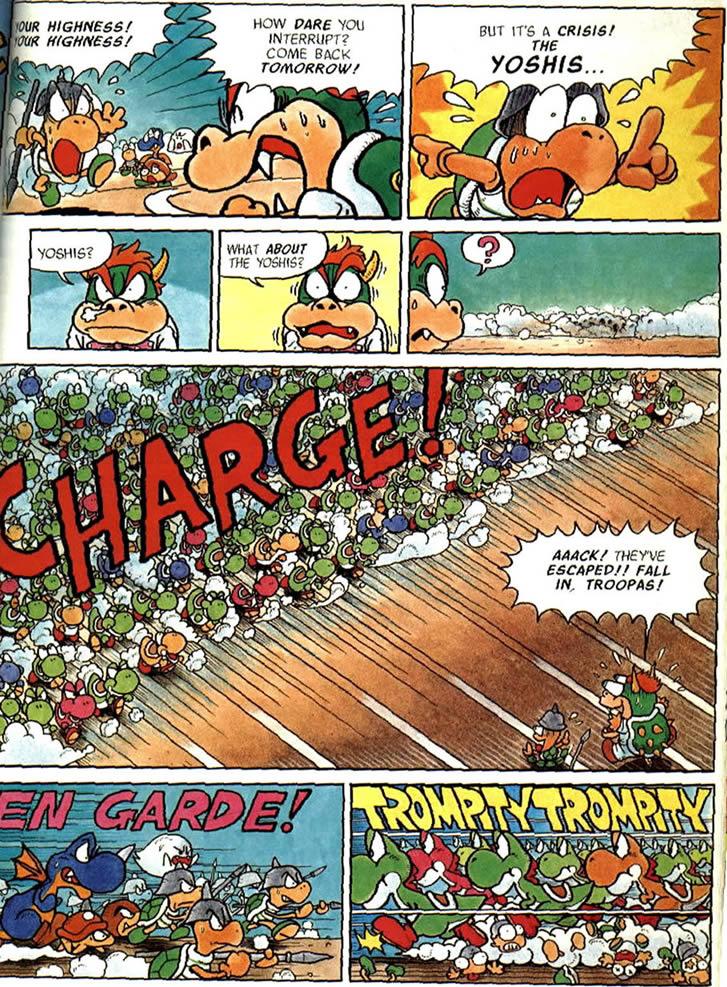 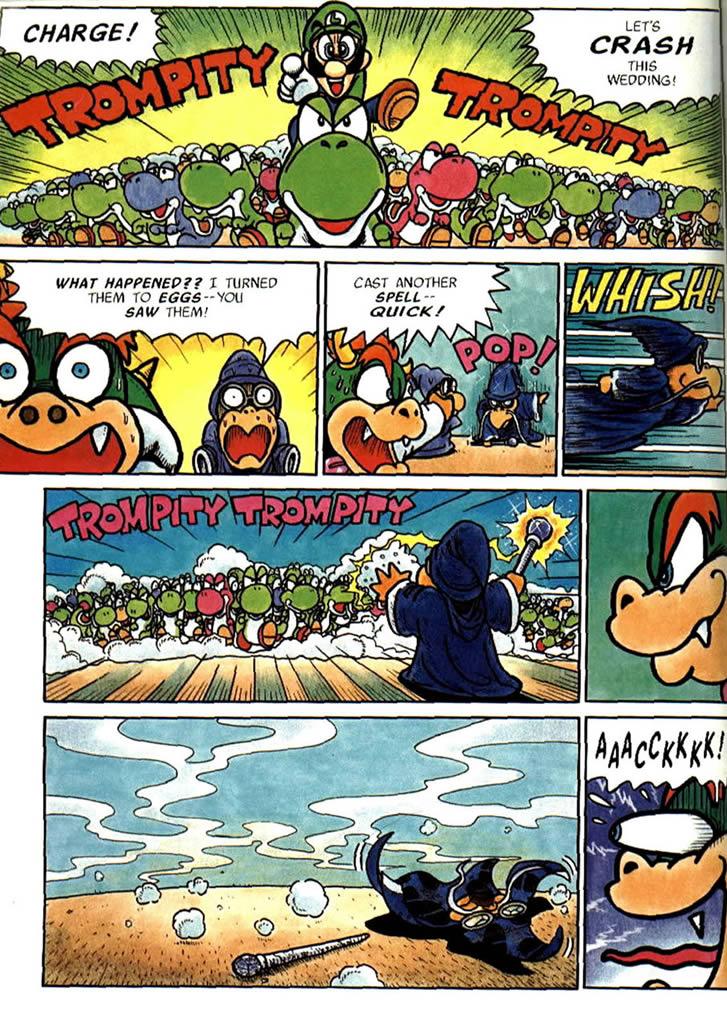 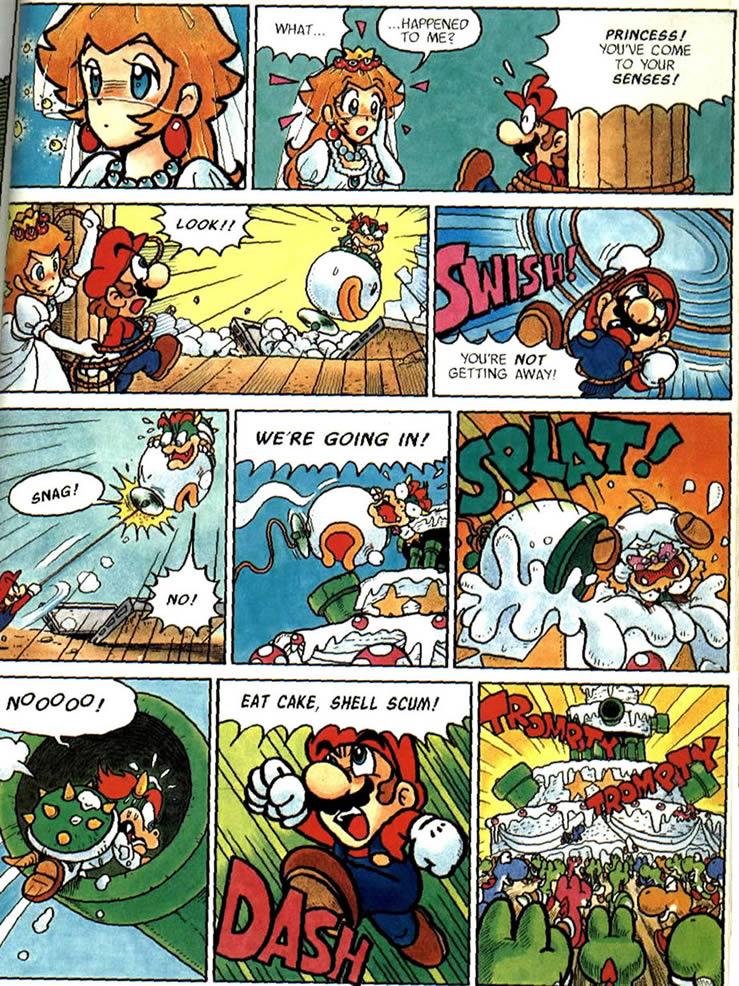 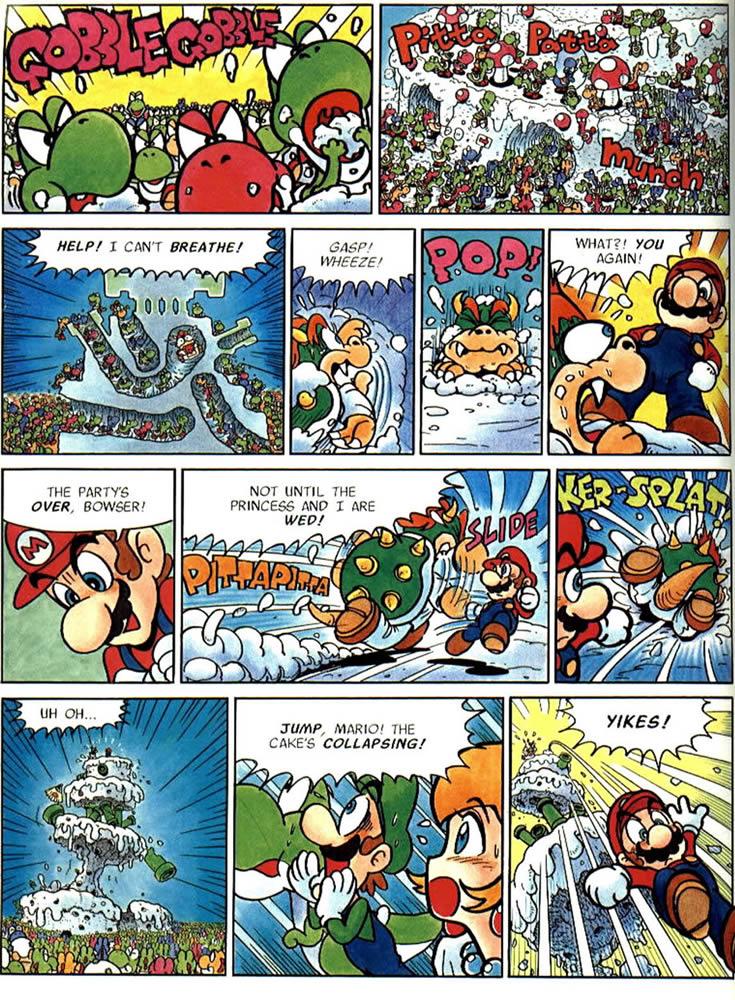 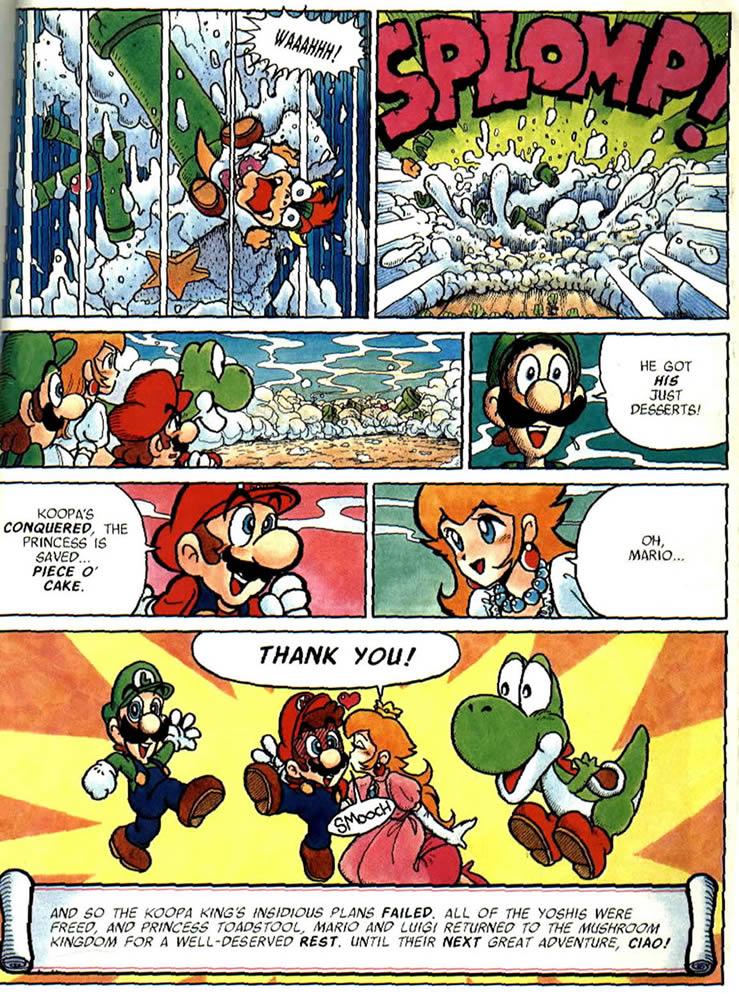 This was the final part, we hope you enjoyed this great retro Mario comic. They truly don't make em like they used to.

If you're in the mood for more retro Mario stuff why not check out either of the below:-