A pre-release feature for the Dr. Mario & Tetris compilation in Nintendo Power Magazine Vol. 70 including preview and information on the playable modes of both titles.

With the success of Super Mario All-Stars, you would think that more classic combos would make an appearance on the Super NES. Well, Nintendo has done it once again with the delivery of Tetris & Dr. Mario. Both of these games were huge hits on the NES and Game Boy, so it isn't any surprise that the combination game pak promises to be a big success. 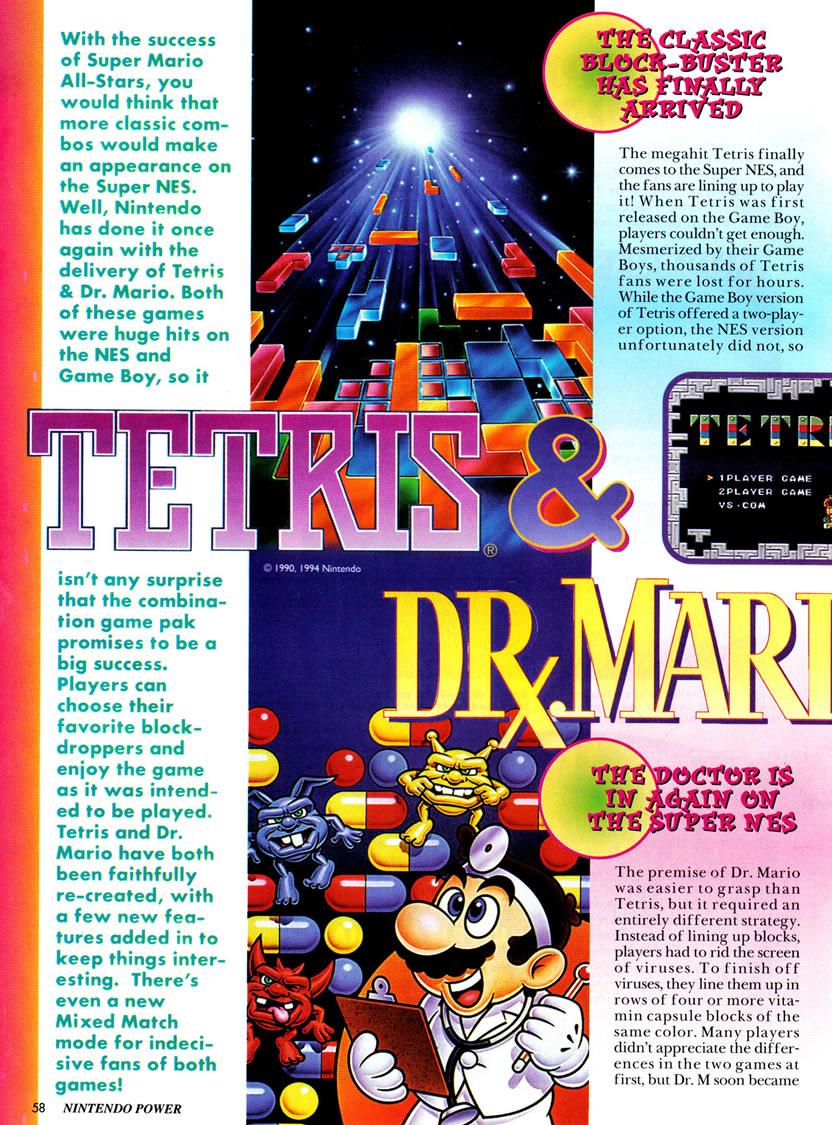 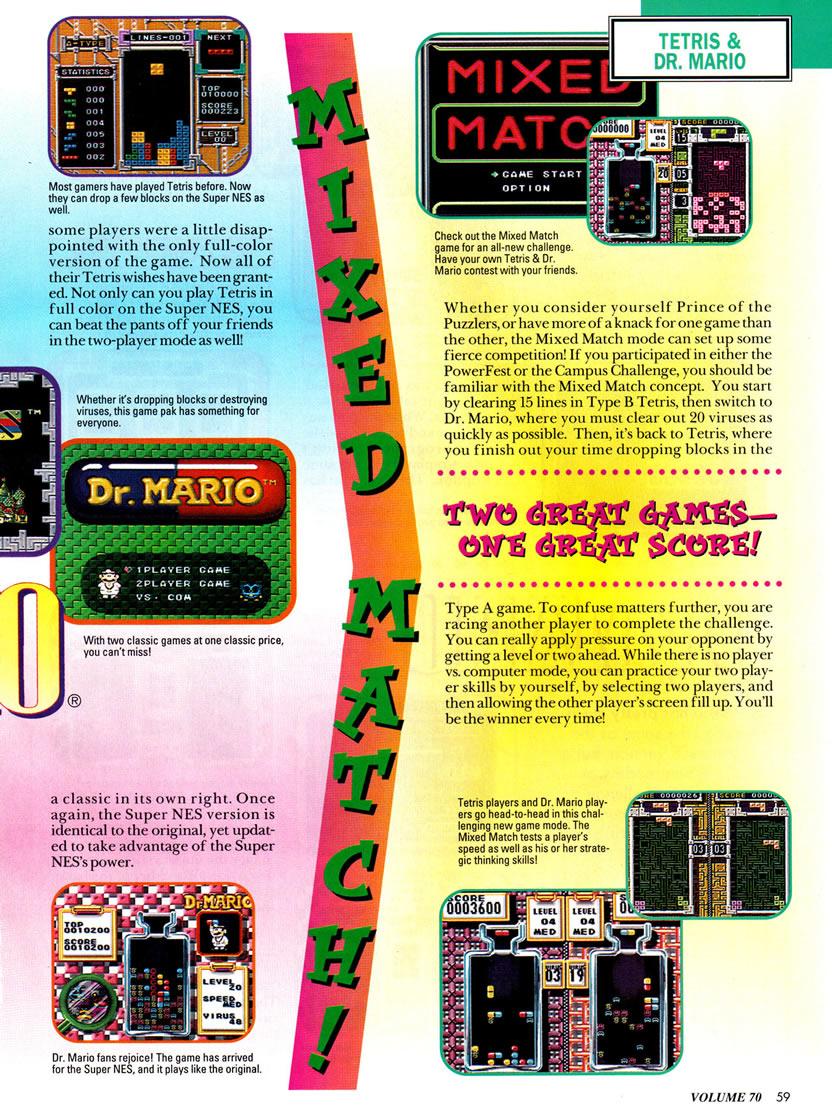 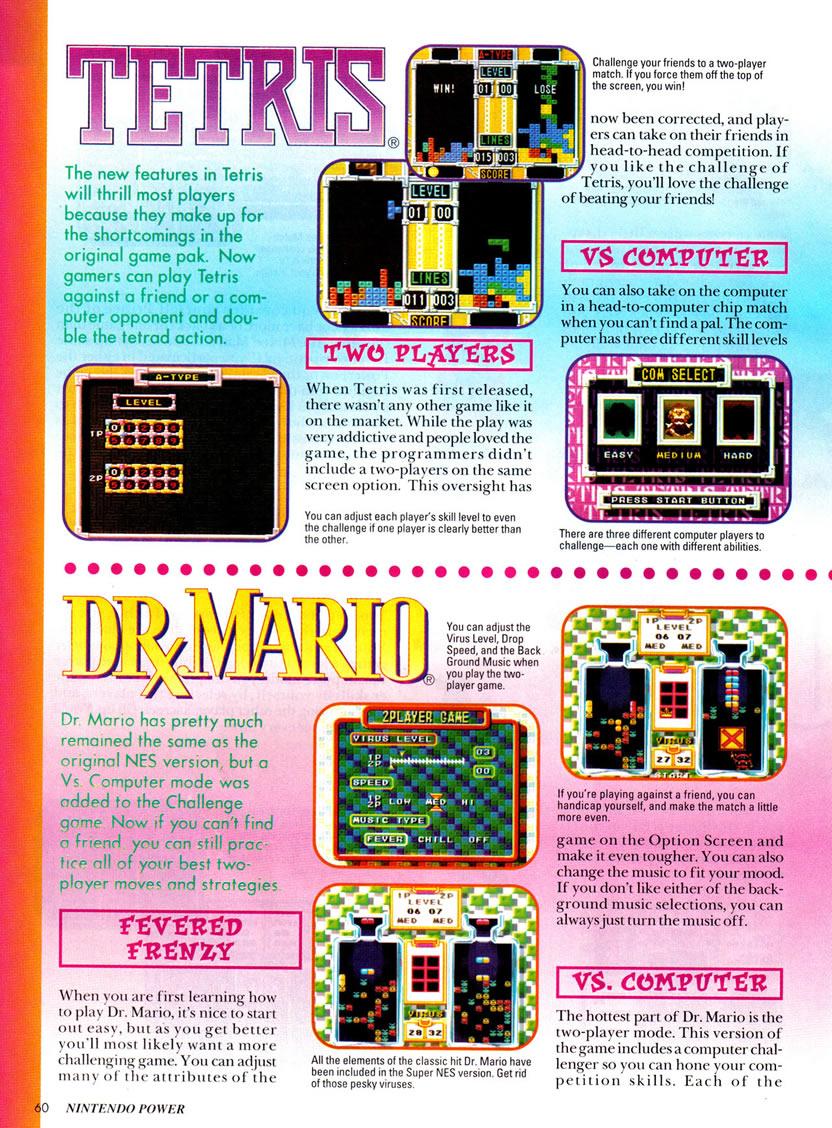 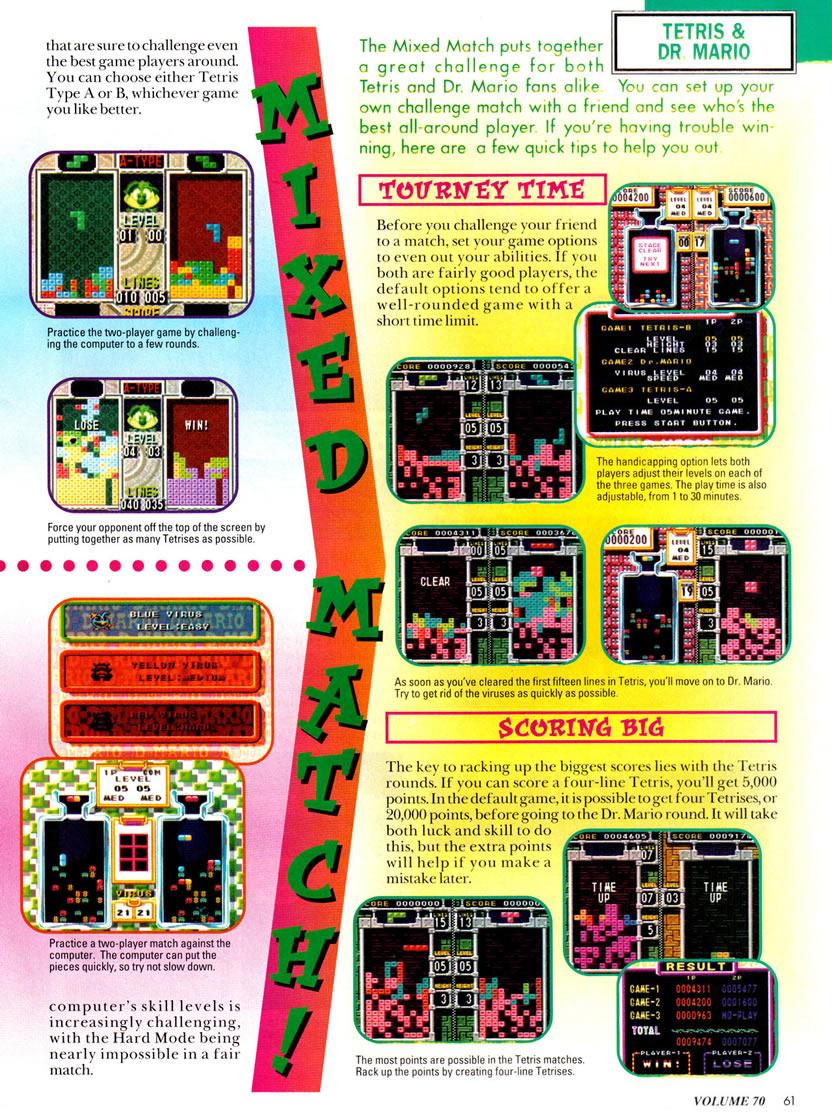