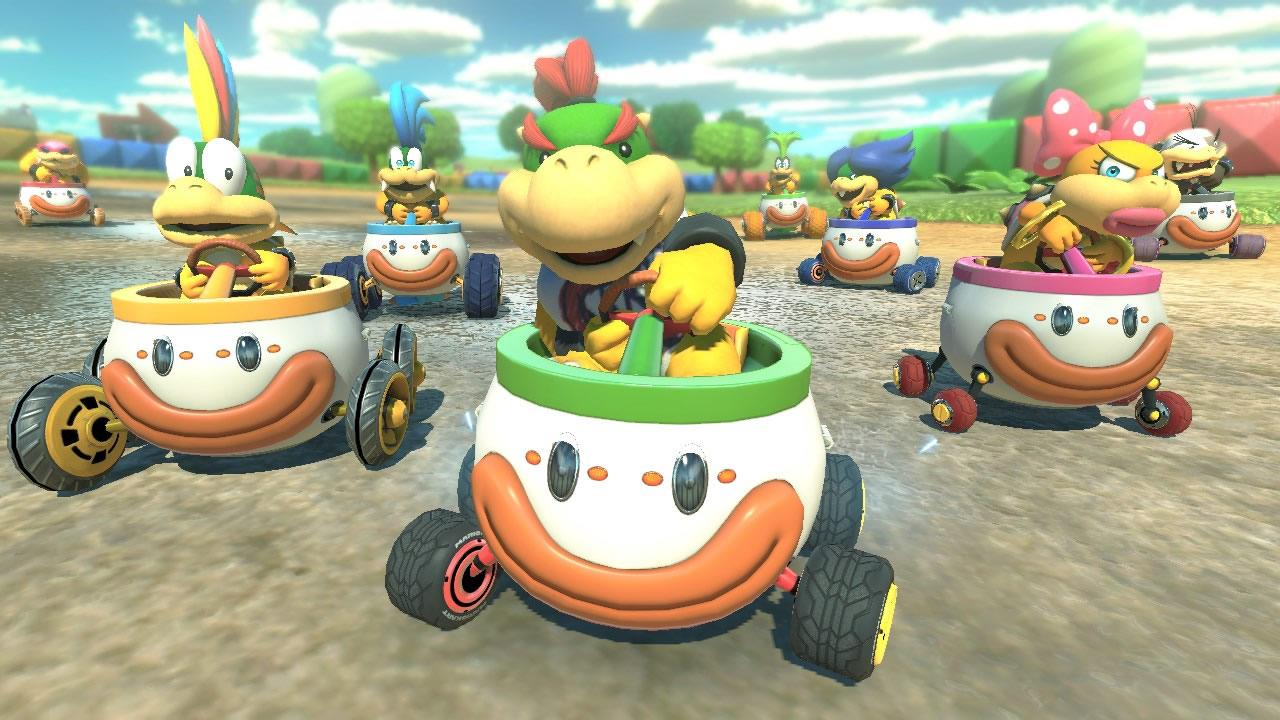 The latest addition to the Mario Kart series and indeed the Nintendo Switch lineup will be screeching out of the starting grid worldwide this Friday.

My initial reaction when I saw what first glance appeared to be a repackaged version of the MK8 we already had was that it was a bit lazy and was just there to help fill up the Switch game roster. However on closer examination there are some quite impressive differences to it's non-deluxe Wii U counterpart, of course theres the obvious differences like the portability of the Switch but theres quite a lot else added too, lets take a look.

For those of you haven't seen it here's the Mario Kart 8 Deluxe overview trailer:-

And heres a couple of the TV commercials

Personally I was a big fan of the battle mode back on the SNES so I will probably give this a go for that if nothing else. Click here to pre-order Mario Kart 8 Deluxe from Amazon.com. Will you be getting Mario Kart 8 deluxe? if so did you already have Mario Kart 8 on the Wii U? Would be interested to hear if you think the differences are enough to justify buying it and what you guys think about the new features particularly in terms of the Smart steering system.