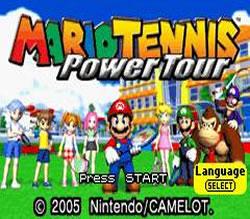 "The game's developers clearly had a great time creating this game, and you'll have just as much fun playing it."

Imagine you're a game developer for a moment. You've been given the task of re-creating a classic arcade game, Donkey Kong. A game spanning an astonishing four (!!!) levels, the game featured surprising longevity for its time. The game did feature more depth than most games of the time, and the controls and gameplay mechanics were pristine. Heck, it's one of the first arcade games - if not the first - to tell a cohesive narrative without the crutch of a slapdash story inscribed on the side of the arcade cabinet. Monkey captures girl, man saves girl from monkey, man saves girl again. A game's story is something we, of course, expect in our games these days, and these stories, if you ask me, can rival the greatest novels or dramatic pieces of today.

However, not everyone can appreciate this innovation, or the game's influence despite its short length and simplistic gameplay and graphics (at least in comparison to today). So what do you do to spice it up? Well, as it turns out, you can do a whole lot.

Granted, this game came out when I was just a young sprout, and I haven't had a chance to play it on an actual Gameboy system until just a few months ago, but I'm certain that this game surpassed everyone's expectations. Face it: the Gameboy was a technically weak system when it came out (which worked out in its favor), and very few Gameboy games feature any sort of gameplay depth, convincing narrative or even astonishing or innovative gameplay. This not only broke the mold on classic remakes; this is an excellent cartridge all around, certainly earning itself the title of one of the most amazing titles for the original Gameboy.

Like many of the games I've played, the game's story is a harmless presence at best, not a convincing or emotionally riveting narrative. Taking a page out of King Kong, it seems, the mighty Donkey Kong has taken Pauline captive, and Mario must rescue her. It's a classic story - perhaps not relatable, but at least serviceable - and it works. The cutscenes that made the original game so noteworthy are back in spades, too, to both further the minimal story along (usually just a scene of Mario chasing DK through one of the game's many varied environments) or to introduce a game mechanic new to that environment.

Objectives vary from stage to stage. Many are action-oriented platforming romps in which the main objective is for Mario to grab a key and unlock a door to end the stage. These stages also include three items Pauline left behind which, when collected, send Mario to a bonus game at the end of each stage to collect extra lives. These items are so easy to collect and the bonus games allot so many extra lives that it's easy to have 99 lives before the half-way point of the game. That's a good thing, since you'll need them. And you can't go back to previous stages. 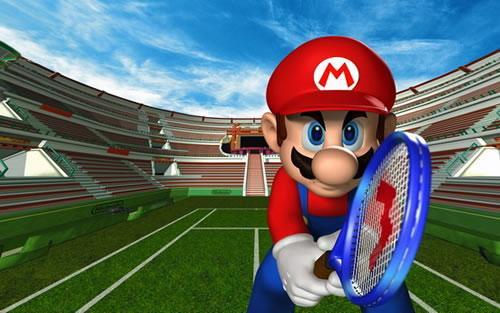 Though some stages are more action-oriented than others, there is a puzzle element in each of these non-boss stages. Among the platforms, levers, springs, lifts and temporary power-ups like the infamous hammer, bridge makers and ladder makers (to create temporary platforms or ladders which only last four about six seconds unless you pick up a second ladder or bridge maker), there is usually a devilishly clever way to combine one or many of these elements together to grab the key and bring it to the lock by hand. The key can even be used as a projectile, plowing down most types of enemies along the way if there isn't the hammer around to clobber them with. Clearing these stages can be very rewarding indeed; it would be nice if, like Mario vs. DK (the spiritual successor on the GBA and DS), the game saves after every stage instead of every four stages, but this is a minor complaint.

Boss and mini-boss stages occur about every four stages. Mini-boss stages simply contain the goal of Mario simply reaching DK, who is usually perched high above the stage, throwing barrels or pulling levers with his son, DK. Junior. Boss stages require Mario to pick up barrels to throw at DK, barrels which the angry ape throws at Mario from high up above. Both of these stages break up the monotony of the puzzle / action stages very well and serve as a nice and challenging distraction.

Mario's even pretty nimble; he has some new moves in his repertoire since his last adventure. This game, which predates Mario 64, has Mario triple jumping, sideways jumping, doing handstands and even backflips (in addition to the typical running and jumping). He can also sustain a further fall than he could in the original DK, which was a harrowing annoyance in the original. Granted, a long fall will knock him out cold, but he can now sustain a fifteen-or-so-feet fall, get stunned and then be back on his feet.

The graphics and sound are extraordinary for the Game Boy. Everything looks so crisp and recognizable on the small screen; buildings look like buildings, DK always has a "come get me" expression, and the Mario sprite is functional - nay, serviceable - nay, awesome! The backgrounds even look nice. The background music ranges from the oh-so-old bit-tune from the original to new compositions, which vary in quality and scope. They serve their purpose, but I found myself turning down the volume on occasion. The sound effects are quite familiar, featuring blips and bloops from the original.

If you have a Game Boy, or an older Nintendo DS, get it. Simply get it. The game has 99 levels, the gameplay mechanics are smoother than many games released today, and it's just plain fun. Good luck getting that megalomaniacal monkey monster, DK.