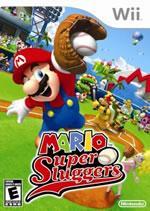 "Swings for the fences but comes up a bit short."

In 2005, Nintendo let, at that time, Namco take a swing at creating their own sports game featuring the world-renowned characters of the Super Mario franchise. This title was known as Mario Superstar Baseball for the Nintendo Gamecube. Namco didn't necessarily knock that one out of the park, so they, now as Namco-Bandai, are stepping up to the plate once more to see if they're next at-bat can be even better than their previous attempt. Enter into the lineup Mario Super Sluggers for the Nintendo Wii. Bringing improved graphics, motion controls, and an abundance of new tricks up its collective sleeve, Mario Super Sluggers may just have a chance at getting a runner to home.

Mario and company have taking a voyage on a cruise ship to Baseball Island where America's favorite pastime is played all year round. It's here where there's a variety of gimmick-inspired stadiums, baseball-themed minigames, and other secrets take center field. Unfortunately, just as soon as Mario and the gang arrive on the island, daddy's little boy, Bowser Jr. and his minions take march to conquer the entirety of the island. It's up to Mario to recruit as many players as possible in order to have one final game with Bowser Jr.'s team to see who stays and who goes.

The main single-player mode of Sluggers which all of the aforementioned story takes place in is the Challenge Mode which focuses less on the Gamecube version's endless grinding for better players and focuses more on an adventure aspect coated with tutorial missions. Baseball Island is the overworld, and it connects Mario to every stadium on the island. There's five worlds in all where the goal is to solve simple puzzles, challenge other players or complete their scout missions to have them join up you, and kick Bowser Jr.'s yellow tail out of each of the stadiums. The majority of your time will be playing through either battle or scout missions. Battle missions occur when one of Junior's subordinates crosses your path unexpectedly. The baddie will then challenge you to pass his baseball test consisting of performing an assigned task such as batting the ball to the designated side of the field or throw the required pitch across the plate. Scout missions are a variant of battle missions. They occur when you help out The only difference is that once a scout mission is completed that character will happily join you knowing that you've proven yourself to be capable of being a good captain. Sometimes you won't even have to play a scout mission to have a character join your team. Perhaps getting rid of Bowser Jr.'s presence is all you need to have them join your cause.

At the conclusion of each world, you'll face off against a challenge with Bowser Jr.'s team. These will usually be one-inning games where you have to come back from a run or more deficit. Vanquish Bowser's kin in one area, and that area's captain will join you. There's five captains in all: Mario, Peach, Yoshi, Wario, and Donkey Kong. Each captain has their own special ability that they can use on the world map. For instance, Mario is the only one who can enter pipes, Peach can interact with certain objects to bring them back to life or consciousness, Yoshi is the only captain who can ground pound, Wario has the fortune of being able to open treasure chests, and DK possesses the brute strength to climb vines and bash wooden crates and barrels. You always have the ability to enter any stadium at any time, so you'll want to go back and explore a world with a new captain to see if there's anything his or her new abilities can help you out with. 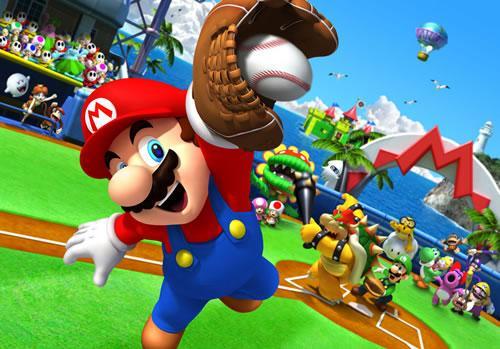 Mario only needs nine players to challenge Bowser Jr. (and then big bad Bowser himself) to a ballgame. This means that you can see the ending of the game in about a half hour or so. However, the real goal of Challenge mode is to recruit every teammate possible by scouring the various stadiums for new free agents. To start off Sluggers, you have in your ranks around 25 starting characters. By playing through the Challenge mode you can raise that number to just over 40, including the ability to play with your Miis. Unlocking everything in the mode the first time took about ten hours-- give or take sixty minutes. Unlike Mario Superstar Baseball, a teammate becomes a star character (which enhances their playing abilities) simply by being on the team that defeats Bowser in Challenge mode. This is much more welcome than the previous game that had you complete eight small goals for each character such as hitting a home run, being part of a triple play, etc.

A possible oversight to the rather short Challenge mode is the lack of online play. It's somewhat understandable why it wasn't included as I can't really recall a third party-developed game for the Wii that has had competitive online of this magnitude-- or at least any game by Namco-Bandai on the Wii that's even had online at all. Mario Strikers Charged was a Western-developed game which explains why online was such a prominent feature in that game. Regardless, it's about time an Eastern third party steps it up in online play for the Wii. In place of online multiplayer, what rounds out the package are ballgames for up to four local players which can have players on the same team, different teams, and so on, and the returning minigames mode for both entirely new games and slightly tweaked old favorites. One game has you base-running around an agitated squid as he slaps his tentacles to the ground as you try to dodge them to collect coins while another has you taking part of a bomb-blasting Home Run Derby.

On the diamond and field itself, Sluggers plays pretty well. The motion controls work for what they are, but they're not as sharp or as inspired as they could have been. You don't hold the Wii remote like as if you were playing Wii Sports' version of baseball. There's no real reason to stand up or have your body perpendicular to the television screen. All you do is pull the remote back a bit and a little to the left and then swing forward and right once the ball comes into the cursor's range. More powerful shots can be pulled off by charging your swing and making direct contact with the ball. Conversely, pitching is handled by simply holding the Wii remote up and back, and then flicking it forward. You can pitch curves, slow balls, fast balls, and change-ups effortlessly. One might be disappointed at the simplicity of the motion controls, but I can almost understand why it was handled this way. In Wii Baseball the player did not have to control base-runners at all or hold the nunchuk. Could you imagine having to uncomfortably hold the nunchuk while you're setting up a real two-handed swing, and THEN worrying about your base-runners?

What isn't so understandable is the fielding. I do not comprehend how a game that is three years older has better fielding in some regards. Let's be positive first by saying that the problem of tossing the ball to the wrong base is now just a memory. Just hold a direction on the analog stick and flick the Wii remote like you're pitching to throw to the correct base. Now let's have more fun and go to the negative. When the ball is hit to the field, not only does the camera not help give you notice about where the ball is going to fall until it's too late, the game will not show you which character you're going to control in the backfield until... you guessed it, until it's too late. I cannot tell you how many runs I've given away just because I was nowhere near the ball when it dropped where in other games I'd easily be able to catch it. I don't even think Superstar Baseball was this bad in that aspect, but even with that the game still remains enjoyable. 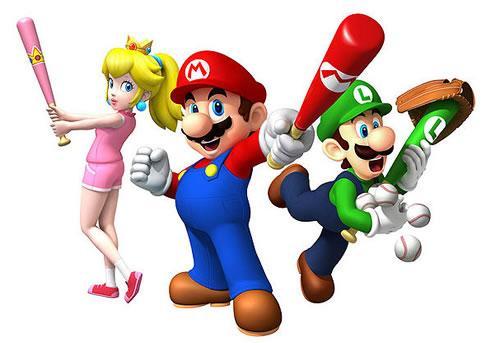 Team chemistry is back where certain characters will play better together if they go after one another in the line-up or if they throw a pass to one another on the field. There's several benefits of having chemistry both old and new such as players who have great chemistry throw to each other must faster than if they don't have chemistry. New bonuses include the ability for the player on deck to be able to toss an error item on the field after the batter makes contact with the ball. These error items can really put a hitch on the defense. Birdo might seem like he/she's about to catch that ball, but by pointing at the screen and firing at your selected area, you can fire a item to try to interfere with the play thus either catching Birdo's butt on fire or stopping him/her from making a play. That'll teach you for confusing a generation of gamers regarding your sex! Alternatively, two chemistry-filled outfielders can team up, use one of them as a leverage to leap up high and catch a home run-seeking ball that would otherwise be out-of-reach.

Mario Sluggers isn't the best-looking Wii game by any means, but at the same time it isn't that bad of a looker either. The characters are well modeled and detailed. The nine stadiums are all designed nicely and the majority of them can be played during day or night which changes the stadium's gimmick. Peach Cruiser, for instance, has tables sometimes blocking the way of outfielders while at night the outfield is home to flopping Cheep-Cheep fish which will temporarily knock out whomever makes contact with them. Audio-wise there's nothing much here to get excited about besides the typical familiar fanfares of past Mario games. It's a pleasing aesthetic package overall.

Super Mario Sluggers is a decent entry into Mario's increasing collection of sports titles. However, the game feels more of a smaller evolution to the series than a big one. Where are the new modes? Where are the more responsive, intricate controls? Where is the online play for a Mario sports game in the year 2008? Where is the enhanced AI and not this comeback stuff that plagues the third and fourth AI levels? Why does Nintendo keeping shelling off their games to an incapable developer like Namco-Bandai? How many licks does it take to get to the center of a Tootsie Roll pop? To answer this and all of these other questions, the world may never know... 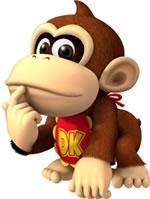