From Nintendo Power magazine vol. 34 published March 1992 - This was the third of twelve parts. Illustrated by Charlie Nozawa, story by Kentaro Takekuma, copywriter Leslie Swan of Nintendo of America.

When we last saw Princess Toadstool a month ago, she had taken off in hot pursuit of her dubious suitor, Bowser. Persevering plumbers Mario and Luigi plunged into the pipe after her, but they hooked up with the wrong connection somewhere. They plopped out of the pipe beisde an enormous egg and hatched up a plan to cook it for dinner. The egg did a little hatching of its own though... 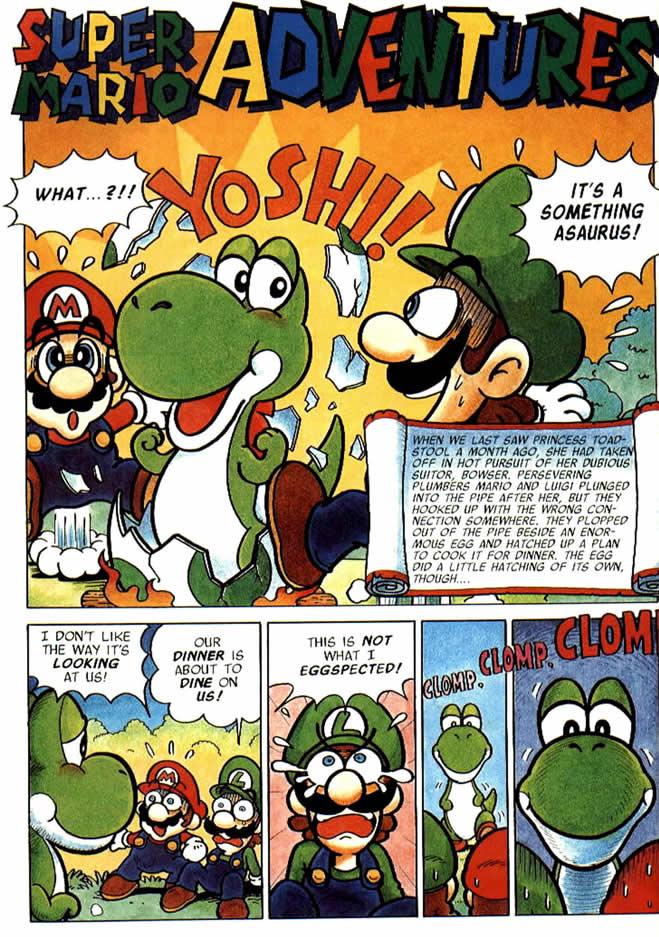 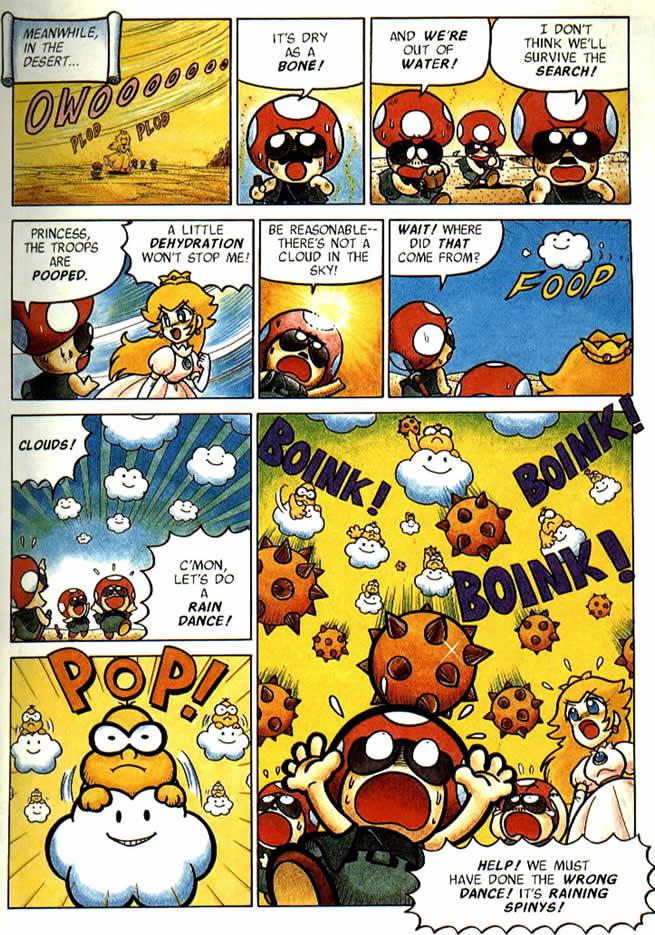 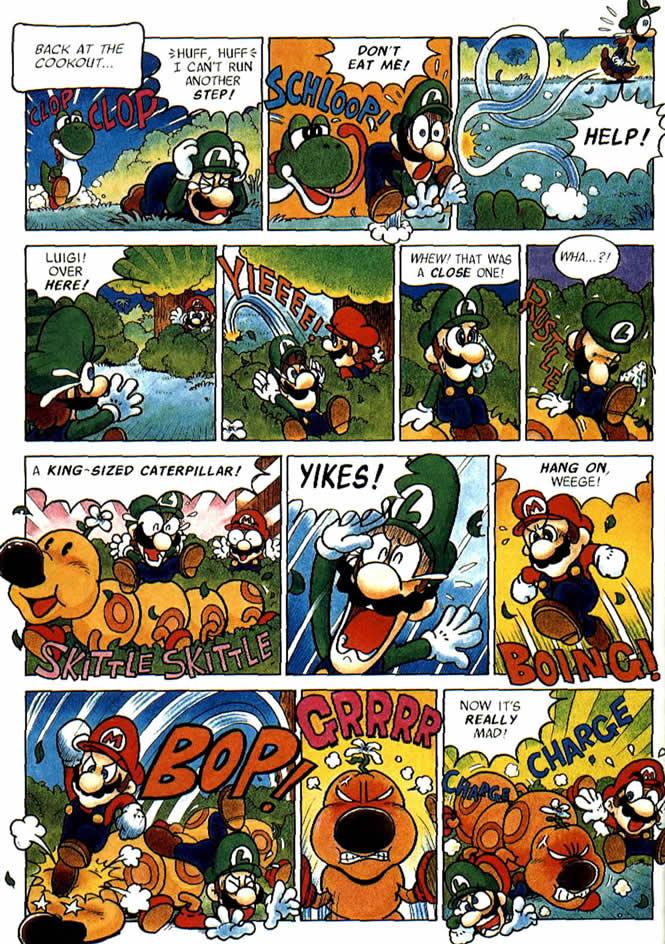 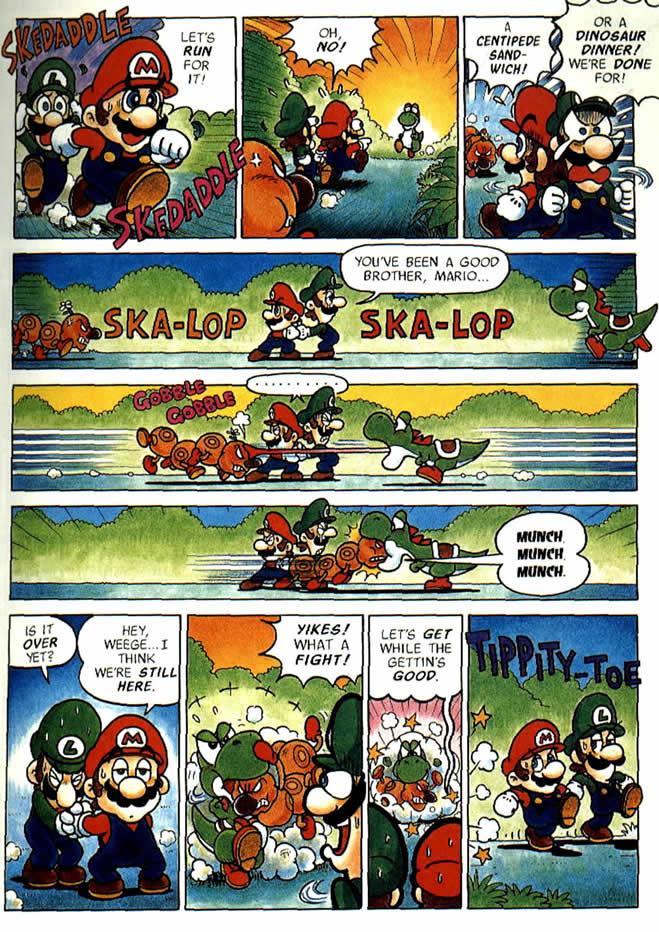 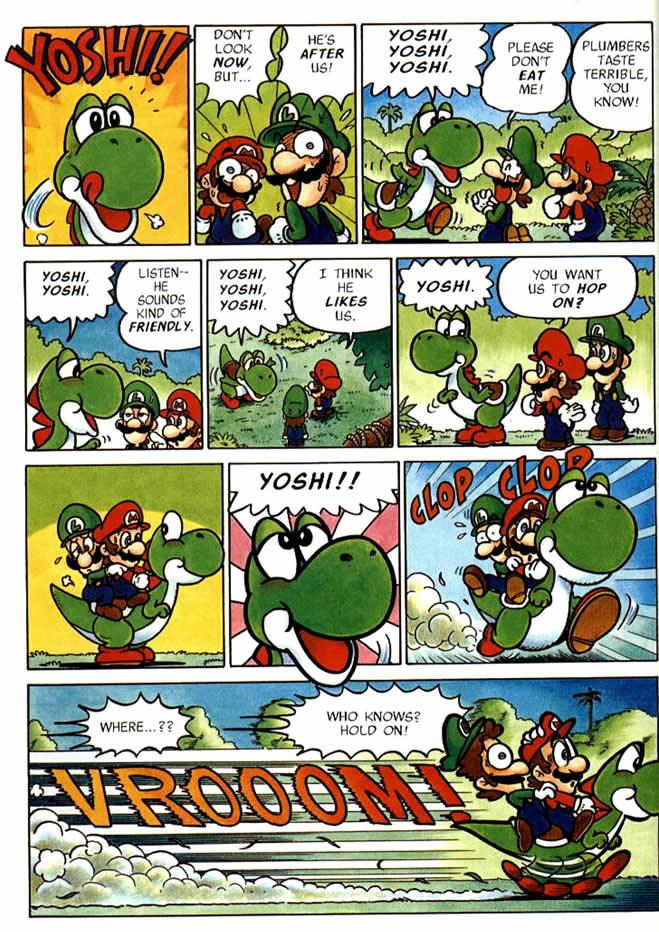 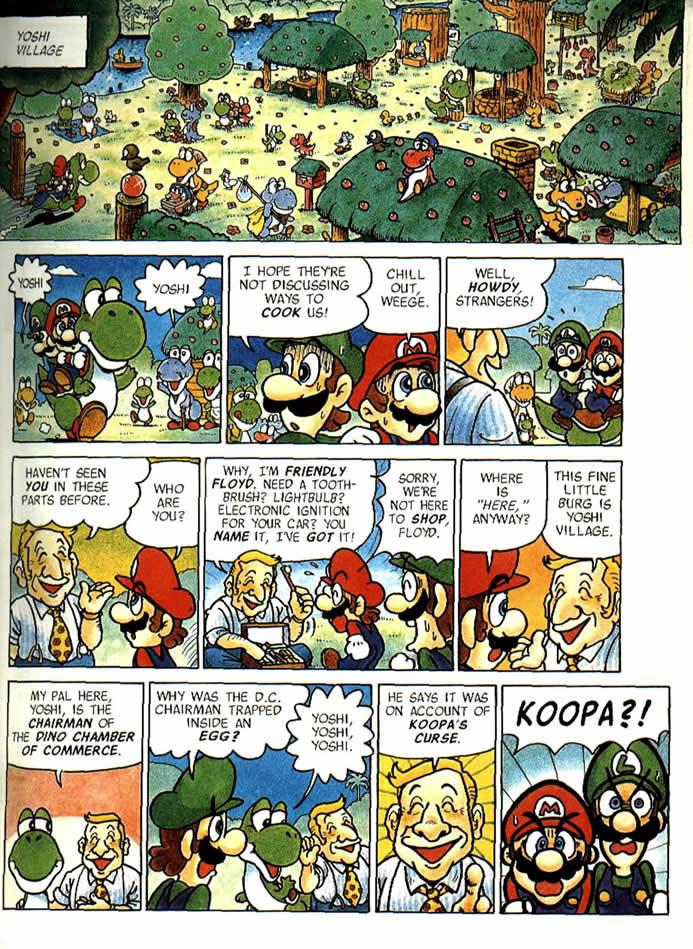 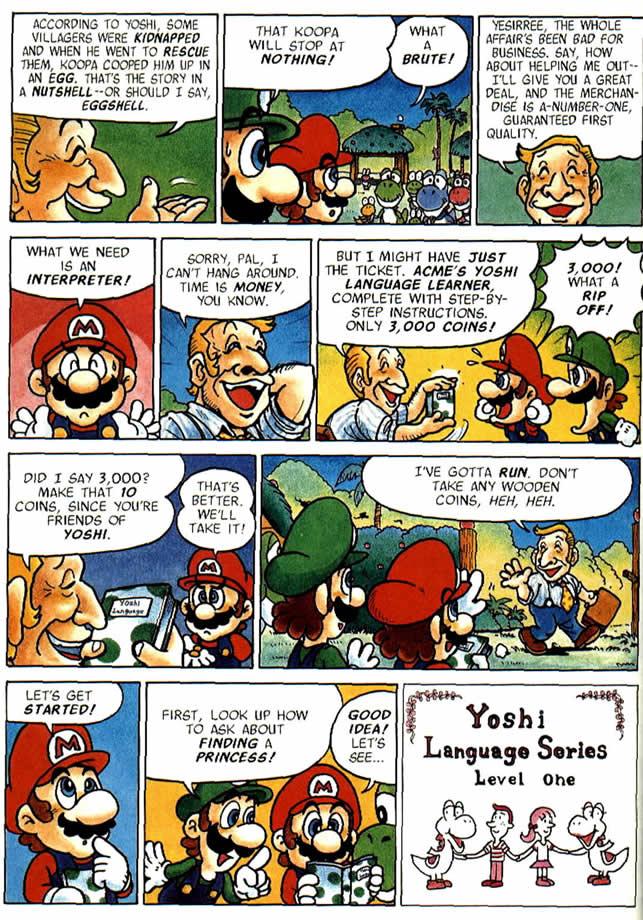 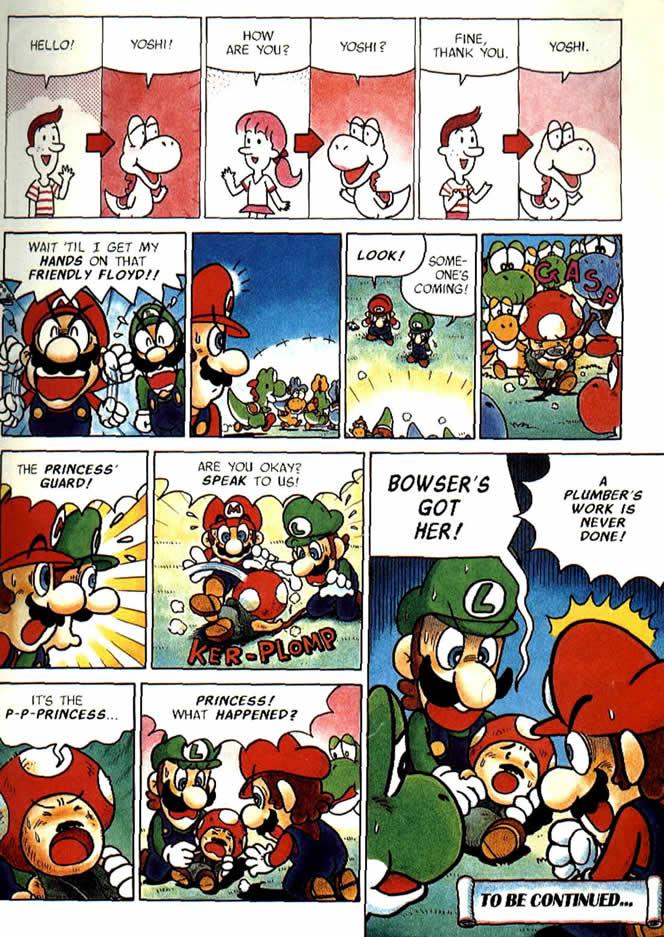