Super Mario Bros. is one of the most successful video games in history, with more than 48 million units sold since its original release in 1985. And, like all other successful games, it has started a trend. While side-scrolling platformers did exist before it, Mario’s success on Nintendo consoles has prompted others to release similar games, hoping to ride the wave and become a success.

The story of Mario and Luigi is a true success story. Many of the games released on older consoles are finding new life on Nintendo Switch along with some of the most anticipated games of the year released on the platform. Some of their competitors were, in turn, not so lucky.

SEGA’s supersonic hedgehog became the game company’s iconic character in the early 1990s. Before it, SEGA had several amazing platformers - one of them is the Alex Kidd series.

The game was originally meant to be a Dragon Ball title, based on the manga of the same name, but later SEGA lost the license for it, so it had to rework the game with original characters. The game tells the story of Alex Kidd, a young martial artist, who has to take on Janken the Great and rescue Prince Egle to save the kingdom of Radaxian.

Alex Kidd in Miracle World is a 2D platformer with horizontal and vertical scrolling levels where the protagonist has to jump on various platforms, punch stones to reveal powerups and coins, and use shops to buy various useful items.

Originally released on cartridges only, the game was later embedded into the Master System and the Master System II consoles. The character was featured in half a dozen games between 1986 and 1990, with the last one - Alex Kidd in Shinobi World - that originally featured an oddly familiar villain called “Mari-Oh” (renamed “Kabuto” in the final release). 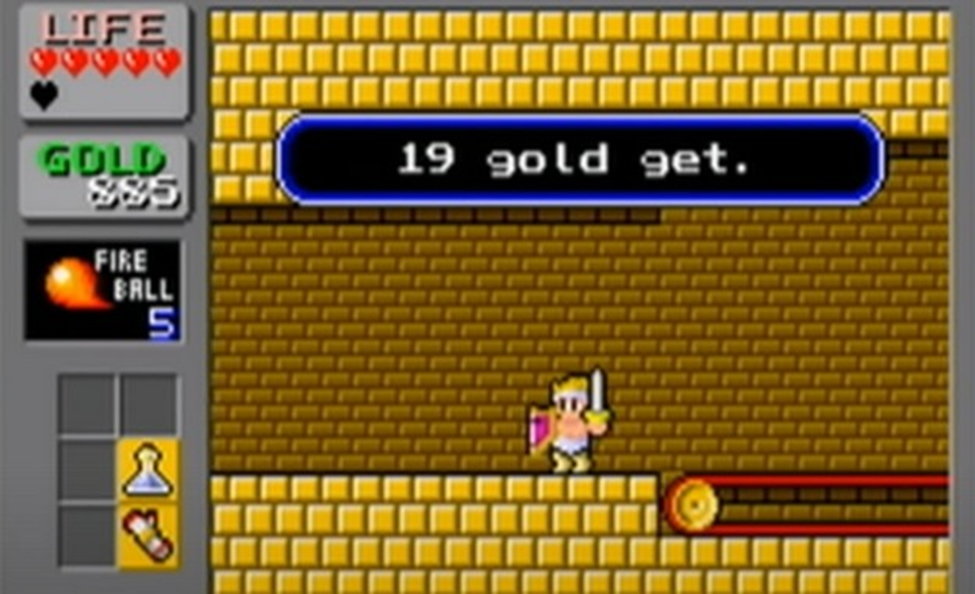 Another SEGA platformer released in 1986 was Wonder Boy, originally designed for arcades but later released on the SG-1000, Mark III/Master System and Game Gear consoles by SEGA, and ported to a series of other platforms as well.

The protagonist of the game is Tom Tom (not the GPS!) who has to fight through hordes of monsters and demons to rescue his girlfriend Tina from KING who has snatched her - a familiar plot, don’t you think?

The first game was followed by several more between 1986 and 1994 and was remade for Windows and PS4 (and later, for Switch) in 2016. The game itself was “cloned” of sorts: Escape, the developer behind the game, together with Hudson Soft, developed a version for the NES in 1986 under the title of “Adventure Island”.

Finally, let us mention one of the most blatant ripoffs in early video game history: The Great Giana Sisters. The game, released in 1987, tells the story of Giana, a girl who suffers from nightmares of having to travel through 32 monster-laden levels while looking for her sister Maria. The game was released on Amiga, Amstrad CPC, Atari ST, C64, and MSX2, and later ported (unofficially) to everything from Mac OS X to Symbian and even Nintendo DS.

The game looks and feels like a game of Super Mario Bros. with a twist, with “overworld” and “underworld” levels, powerups that transform the character, turning her into a rock-breaking punk or give her the ability to shoot projectiles on foes.

While this hasn’t been officially confirmed, Nintendo allegedly hit the developers Armin Gessert and Manfred Trenz of Time Warp Production Inc. with a copyright infringement lawsuit. This didn’t stop it from gaining a cult following, being considered one of the best titles ever released on C64.