Super Mario Advance had four games on its list. The “advance” series had all the best platformers from the Nintendo NES and Super Nintendo consoles. The only one missing was one that is considered probably the best game in the series. No other than Super Mario Bros. 3! Being a more than faithful rendition and using the graphics and sounds from the Super Mario All-Stars game, Super Mario Advance 4 takes you to the world of Mario, 8 worlds packed with secrets, items, and mini games that make it the best way to finish the series. 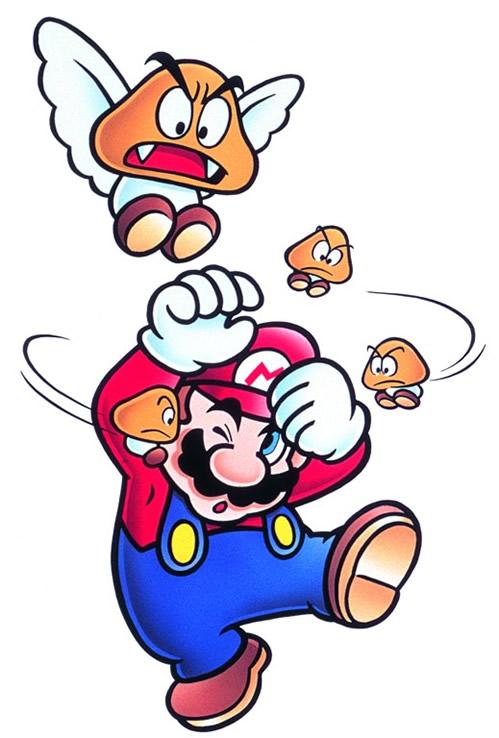 Paragoomba and Micro Goombas Fighting With Mario
Aside from the normal levels, the Mario Bros. multiplayer option and the chance to play levels as Luigi, we have a lot of extra levels called the e-Levels accessed through the E-Reader device that may be attached to the Gameboy Advance.

They stole the royal magic wands from each country in the Mushroom World and used them to turn their kings into animals. Mario and Luigi must recover the royal magic wands from Bowser's 7 kids and return the kings to their true forms. "Goodbye and good luck!," said the Princess and Toad as Mario and Luigi set off on their journey deep into the Mushroom World.

Watch this intro video to get a good feel for the story in Super Mario Advance 4: Super Mario Bros. 3.

The best-selling game of all time, Super Mario Bros. 3, makes its portable debut with all-new features! Bowser and his troublemaking kids have forced the land into complete chaos by transforming all the local kings into animals, and it`s up to Mario and Luigi to stop them. In what many consider to be the best Mario game ever, players have to run, jump and stomp on enemies through eight enormous worlds, as they use new and classic power-ups. Dash past danger, swim treacherous seas and even take to the air, speeding toward a collision course with Bowser.

Changes from the Allstars version of Super Mario Bros. 3

In essence, Super Mario Advance 4 is the same game as Super Mario Bros. 3, but there are a load of changes:

Jump with A, Run with B, yeah, we’ve heard it all. Run when you grab a Leaf or a Tannoki Suit and shoot when you are Fire Mario or Hammer Bros. Mario, Transform into a statue with Down + B when you are a Tanooki and enjoy the game as if it was the game from your childhood. You can also choose to play as Mario or Luigi with the R Button, Mario and Luigi have different inventories on Mario and Luigi mode, mind you. But you can hold up to 36 items, there are more differences from the original game. 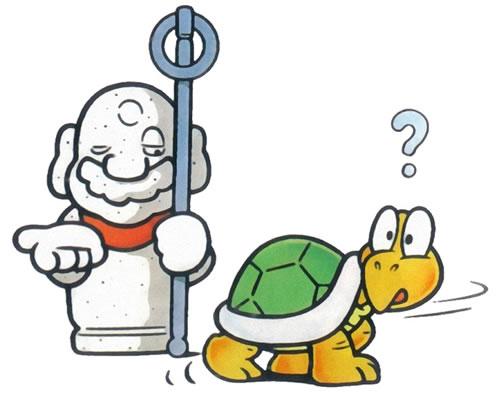 Tanooki Mario The differences come on the little details, listed below:
- Mario can have up to 999 lives
- When you finish the game you can warp through worlds by using the R button on the map.
- You can open a replay menu with select.
- You can carry items through stage portions, like ice blocks and koopa shells.
- You can’t save after a game over.

There is a list of e-Cards that can be used to get power ups, new levels and other items such as boomerangs! Never seen before in Super Mario Bros. 3.

The worlds and levels are the same as Super Mario Bros 3, and it's Super Mario All Stars remake, the Koopalings are making mischief in each of the worlds of the Mushroom Kingdom. 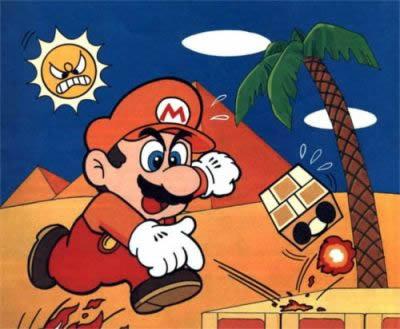 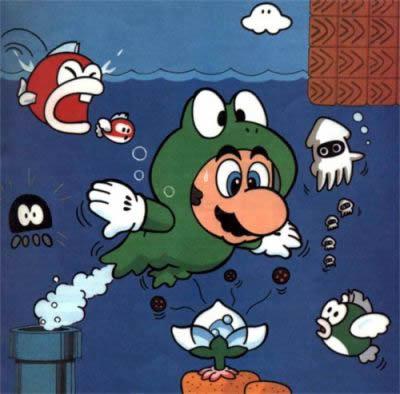 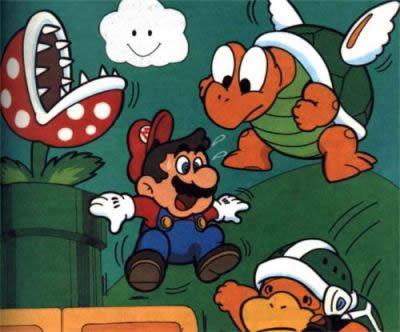 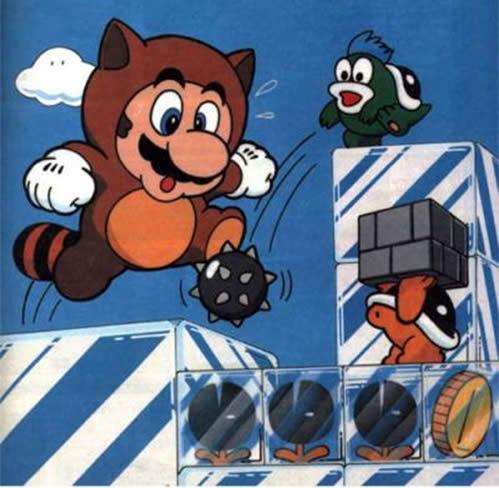 Mario in Giant Land (left) and under attack in Ice Land (right). 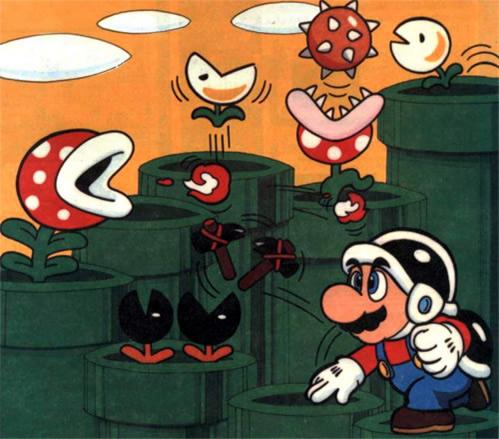 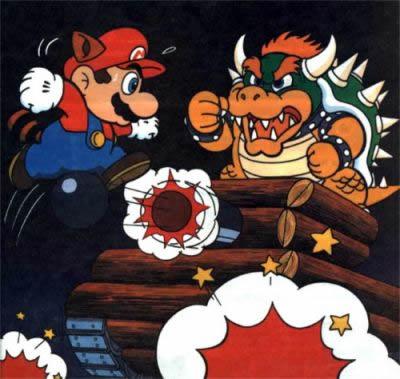 Super Mario Advance 4 was positively received by all reviewers. It is one of the best Game Boy Advance games ever made, it has a whopping 94 score on Metacritic, and it’s the third rated game in the Mario series, only followed by the Galaxy Series. The game sold 2.88 million copies on its first release and then it was rereleased on the virtual console, receiving a great reception as well. It won several awards and even a nomination by Gamespot as best platform Game of the year. Metascore: 94, IGN: 9.5/10 , Gamespot: 8.9/10. 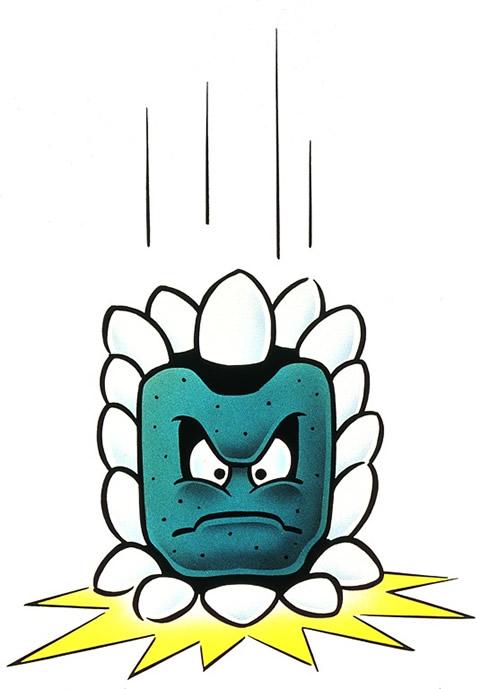 Thwomp missed. He hates it when he misses.